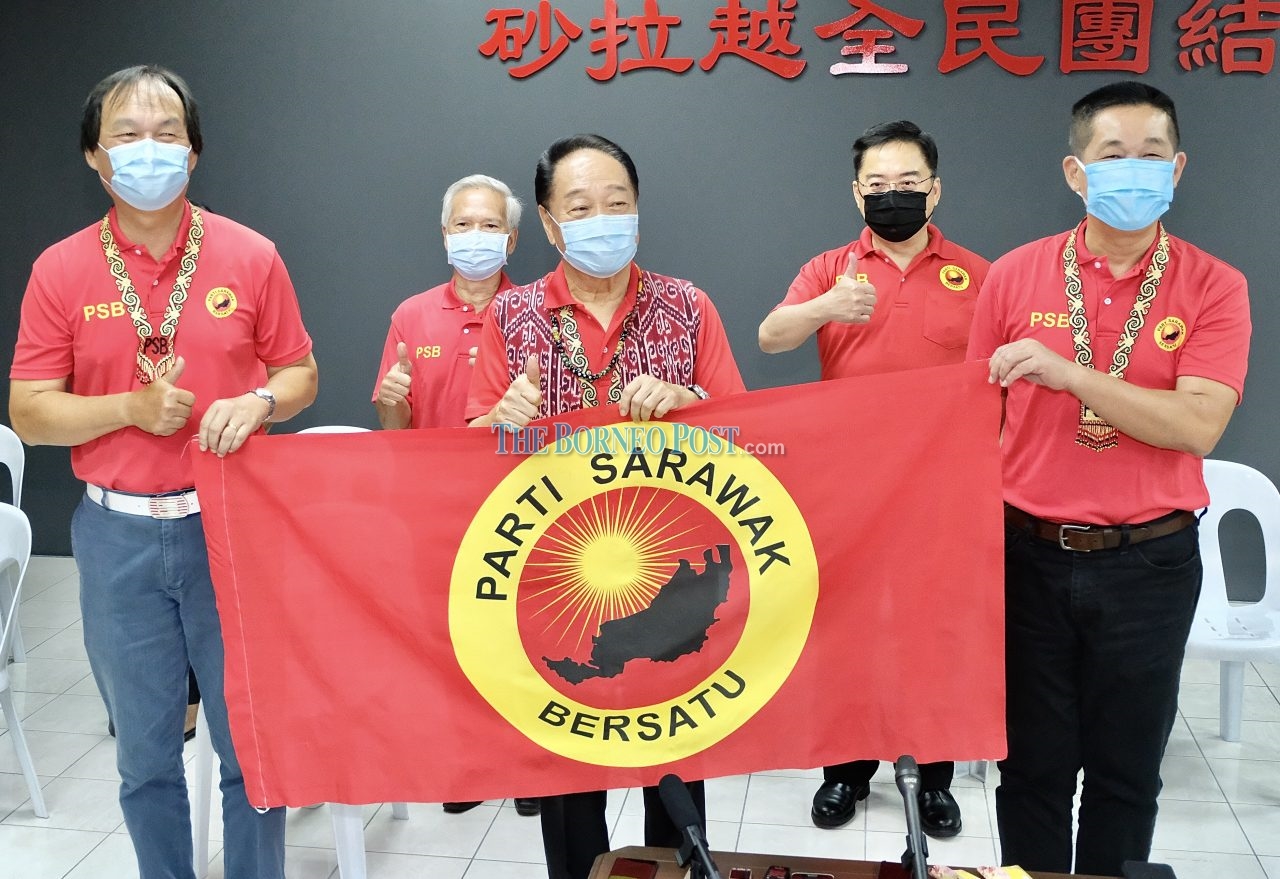 They officially announced their move into the party at a press conference at the PSB headquarters here led by Baru.

PSB president Dato Sri Wong Soon Koh said he welcomed them into the party because they had common aspirations for the future of Sarawak.

“Baru’s ‘vision of hope’ encapsulates PSB’s objectives of making Sarawak a truly multi-racial society in which all Sarawakians are given equal opportunities to live and prosper.

“We are committed to a multi-racial, multi-religious and multi-cultural society and a Sarawak identity and ideology that does not distinguish people on the basis of race, religion and culture and we believe that building of a progressive and stable Sarawakian society can only be on the basis of equality, justice and mutual respect among all communities.

“And so the meeting of minds gives us the confidence to work together. We are indeed very happy to accept Baru and See into our party PSB,” Wong said.

Because Baru and See are elected representatives, they were automatically appointed as PSB Presidential Council Members, which is the highest decision making body in the party, Wong added.

Baru said there were two main reasons why they chose to join PSB, with one being the time constraint in registering a new party before the next state election expected to be in 2021, and not to cause further split among the people of Sarawak by forming a new party.

“We were reinforced in our belief that a new party is not necessary after discovering that PSB’s aspirations dovetails with ours as laid out in my vision of hope for a new Sarawak.”

Baru said for their part, they were galvanised to share a common vision with PSB especially in their desire to see a truly multiracial society living and working together in the spirit of acceptance and inclusiveness.

“We want Sarawak to be a model state in which every person is treated equally regardless of race and religion, and where our natural resources are managed carefully and sustainably for the benefit of all.

“We want Sarawak to have a clean government and administration that will not tolerate corruption in any form,” he said.

He said he is confident with Wong’s leadership after being the state’s Finance Minister for 15 years and the state cabinet for 25 years, including being the State Legislative Assembly (DUN) speaker from 1994 to 1996.

“Dato Sri Wong is in a unique position to steer us in the right direction. The world economy is in collapse mode now, with Japan and several other countries already in recession.

“Dato Sri Wong will provide the prudent and steady fiscal management needed to see us through tough times ahead,” said Baru.