Monday, January 30
You are at:Home»News»Sabah»Teacher gets 11 years, two lashes for sexual offences
For the freshest news, join The Borneo Post's Telegram Channel and The Borneo Post on Newswav. 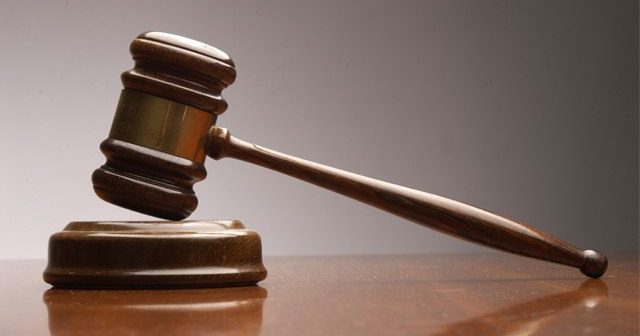 KOTA KINABALU: A primary school English teacher was sentenced to a total of 11 years jail plus two strokes of the cane for two sexual offences against two girls.

Sessions Court judge Elsie Primus imposed the sentence on the 50-year-old man after he pleaded guilty to the charges which were read to him yesterday.

On the first count, he was sentenced to seven years in jail and a stroke of the cane for touching the private parts of his eight-year-old pupil in a classroom of the primary school in Kota Belud between 7.30am and 8.30am between middle to end of August, 2019.

For the second count, the accused received another four years in jail and a stroke of whipping for touching a 15-year-old girl’s thigh and trying to touch her chest while they were in a Perodua Kancil car at Kota Belud at about 5pm on October 30, 2019.

Both offences were under Section 14(a) of the Sexual Offences Against Children Act 2017, which provides for a jail term of up to 20 years and liable to whipping, upon conviction.

Facts of the case stated that, on the first count, the eight-year-old victim told her mother, who was bathing her, about her English teacher (the accused) who touched and pressed her private parts.

It was not the first time she heard as the victim’s mother had jotted down everytime her daughter told her about a similar incident that had happened.

The victim’s mother went to the school to discuss with the headmaster regarding the accused’s act and incident, in which the response from the school was to investigate and refer it to the District Education Office.

Then, on September 5, 2019, the victim’s mother lodged a police report against the accused and he was arrested on the next day at the school.

Investigation revealed that the sexual offence had happened to the child three times in the classroom when the girl was at the teacher’s desk.

The accused had lifted the child’s lower cloth to access to the girl’s private parts.

Meanwhile, the facts for the second count stated that the accused was helping his friend, whose car broke down, to fetch the friend’s daughter at Kota Belud Town.

The 15-year-old girl hopped on the accused’s car after he arrived and sat on the front passenger seat.

The court was told that on their way to the teenager’s house, the accused had touched the girl’s thigh repeatedly while he was driving and the girl pushed his hands away.

Upon arrival at the girl’s, the accused had also attempted to touch her chest and kissed her but she managed to run out of the car.

She told her father about the incident and he was shocked knowing about his friend’s (the accused) act, who was released on bail for a sexual charge against a pupil.

In mitigation, the accused, who was not represented, pleaded for a lenient sentence on the grounds that he has six children and an unemployed wife to support.

He said four of his children are still schooling and had loans, including house and personal loans, to settle until 2030.

Deputy public prosecutor Mas Izzaty Lokman said the accused had taken advantage of his own pupil and the daughter of his best friend.

She said the accused, as a teacher, should provide care, education and good examples to the girls.

Mas Izzaty also said that the incident had affected and caused trauma to the girls and therefore, she urged the court to impose a deterrent sentence including whipping to be imposed against the accused.

Apart from the custodial and whipping sentence, the court also ordered the accused to be placed under police supervision for two years on each charge, after he serving his sentences.