Wednesday, October 20
You are at:Home»News»Sarawak»SMC to beef up dog unit to contain rabies outbreak 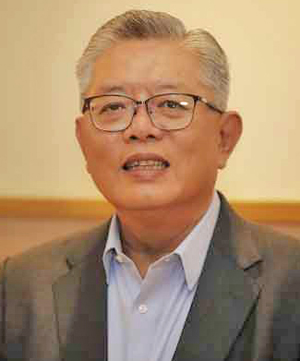 SIBU: Sibu Municipal Council (SMC), overwhelmed by requests from members of the public to catch stray dogs on the streets, is set to strengthen its dog unit.

This is according to SMC chairman Clarence Ting in a Facebook post yesterday on the rabies outbreak.

To expedite the matter, the council might even need to outsource the task to independent contractors.

Meanwhile, Ting advised pet owners to confine their dogs within their house compound.

“There are rabid dogs in Sibu. I am asking all residents to be careful when they see loose dogs. They could be rabid. (sic)

“Do not let dogs out in public areas. Your dog may catch rabies and bring the disease home,” he said.

SMC, he added, has only five dog catchers and “is going to increase the dog unit.”

On Friday, Department of Veterinary Services Sarawak director Dr Adrian Susin Ambud reported that the dog which bit a boy at a housing area in Jalan Sanhill Barat here has tested positive for rabies.

In a recent statement, Sibu Rural District Council secretary Justani Joni said they received a call from Sibu Hospital on Monday (May 25) notifying them of a dog-bite case involving a five-year-old boy.

The council received the same information from Ministry of Local Government and Housing.

According to Justani, the case reportedly happened around 3pm last Sunday (May 24) when a boy was bitten by a family pet dog.

The dog died the following day, according to Sibu Divisional Health Officer Dr Teh Jo Hun.

He added that the boy had already been vaccinated while the dog was a free-roaming pet.