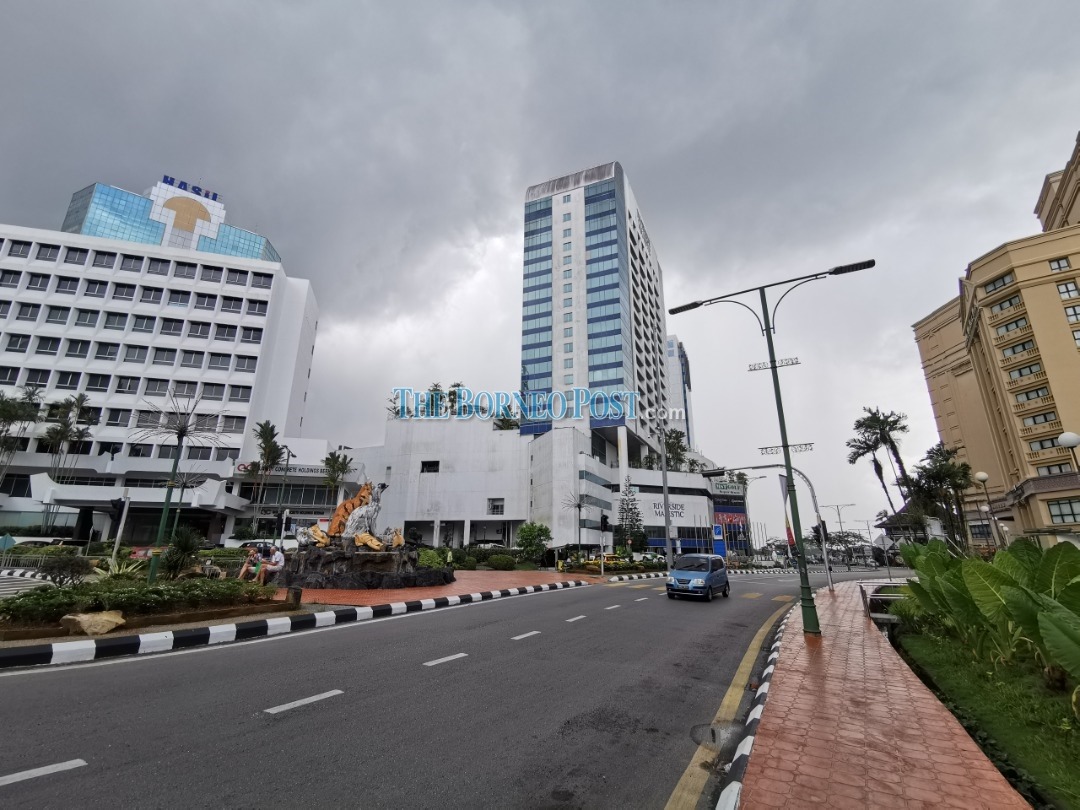 Downtown Kuching during the first day when the Movement Control Order was first implemented. File Photo

“One case has recovered from the disease and has been discharged from the Sarawak General Hospital (SGH) today,” he said at SDMC daily Covid-19 press conference here.

Uggah also revealed that 14 new persons-under-investigation (PUI) cases have been recorded today. Six of them are still awaiting their lab test results while the others tested negative for the virus.

Active cases still being treated in hospitals today number 15, in which 12 are in SGH, two Sibu Hospital and one Bintulu Hospital, he added.

On the development of the Active Case Detection (ACD) operation in Belawai, Tanjung Manis, he said all 339 samples that have been taken have tested negative for Covid-19, he said.

With that, Tanjung Manis district remains categorised as a yellow zone together with Kuching, Kota Samarahan, Serian and Bintulu.

The other 35 districts are categorised as green zones.

Meanwhile, Uggah said SDMC to date has issued a total of 45,710 Home Surveillance Orders (Quarantine Order). From that number, 35,640 have been released while 10,070 are still undergoing their quarantine orders.

The committee also recorded 435 new persons-under-surveillance (PUS) cases, making it a total of 1,186 of them being quarantined at 38 hotels across the state, he said.

He said SDMC also today received 3,992 applications for inter-district travel from 28 District Police Headquarters throughout the state, with a total of 99,717 applications received to date.

He said the committee also received 23,175 notifications from businesses and industries that have been allowed to operate during the Conditional Movement Control Order (CMCO).