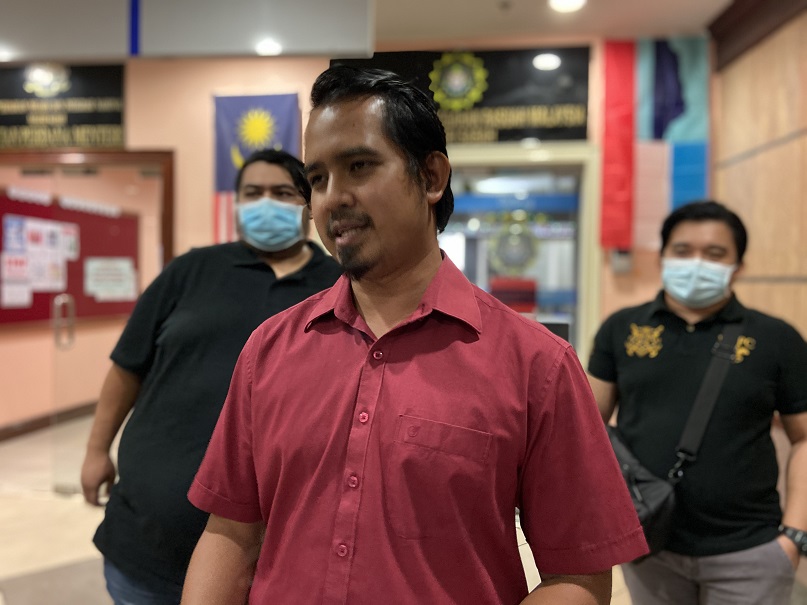 The report was based on a leaked audio clip which was allegedly recorded during a  Bersatu Supreme Council meeting on February 23.

In the recording, which lasted two minutes and 45 seconds, a man whose voice resembles that of Muhyiddin is heard saying that the MPs from Umno could be lured to join Bersatu if they were to be offered ministerial or GLC positions.

“This has violated the MACC Act 2009. Thus, we are here today to urge the MACC to open investigation reports (against Muhyddin),”  Mohd Khairuddin  told reporters yesterday.

“The actions made by this ‘backdoor’ government reminded me of the scene in the Nujum Pak Belalang movie, where the thieves would distribute the stolen goods among themselves – one for you and one for me,” he added.

“We don’t want the country to be ruled by  a kleptoctratic government as what had happened before GE14 took place,” he further stressed.

Mohd Khairuddin said that the audio clip could be found in the Bersatu TV’s Facebook page.

He pointed out that Tanjung Karang MP, Tan Sri Noh Omar was one of the MPs who had been given positions at GLCs.

“He (Noh) was appointed as the chairman for MISC Bhd, a position that offers an annual salary of RM268,000,” added Mohd  Khairuddin.

It is understood that  Amanah national deputy youth chief Shazni Munir Mohd Ithnin  and  DAP Socialist Youth (Dapsy) chief Howard Lee Chuan How  have lodged the same report at the MACC office in Putrajaya on Monday.

“We have lodged the same reports at Putrajaya, Kelantan and Sabah. We are planning to lodge the reports at Kedah, Penang and Johor as well,” added Mohd Khairuddin.