Sunday, July 5
You are at:Home»News»Sabah»Climbers returning to Mt Kinabalu – Christina 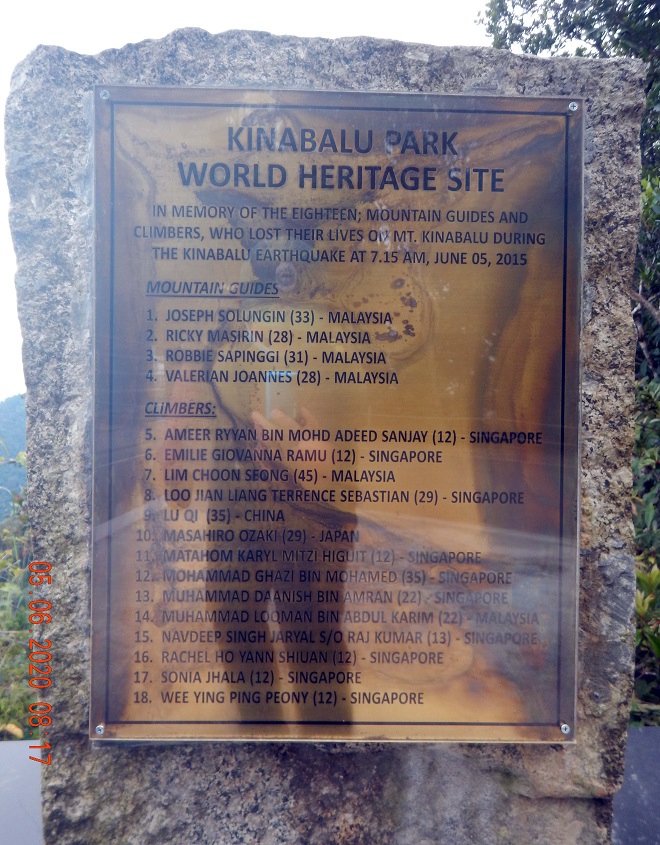 A memorial plaque was placed to commemorate the lives that were lost during the tragic earthquake on June 5, 2015.

KUNDASANG: The State Government is confident that more and more visitors will continue to climb Mount Kinabalu after the Conditional Movement Control Order is lifted in due course.

Tourism, Culture and Environment Minister Datuk Christina Liew said Mount Kinabalu is one of the main attractions in Sabah and the region.

She said that since the mountain was reopened for climbing on May 16 until May 31, people have continued to flock to the heritage site.

“For the record, since its reopening from May 16 to May 31, a total of 219 people have climbed Mount Kinabalu and there have been a total of 844 people that visited Taman Kinabalu in the same corresponding period.

“The situation and trend of this record reminds us of how mountaineering trends have increased gradually during the opening of the mountain since the earthquake on June 5, 2015,” she said.

Christina made these remarks in her speech at the Memorial Ceremony of the 2015 Earthquake that was held at the National Park in Kundasang, yesterday.

Tremors were felt all over the state leaving Sabahans shocked by the unprecedented event.

“It claimed the lives of 18 climbers, while another 137 were left stranded at various points on the mountain.

“Others included seven Singaporean students aged between 12 and 16 years, their three teachers, two Malaysians, a Chinese hiker and a Japanese citizen,” Christina said.

Christina said, during the period of closure, Sabah Parks has taken steps by providing standard operating procedures (SOP) including mountain climbing activities during the MCO and after the Park Station was opened.

She congratulated Sabah Parks Management on the initiative of resuming operations on May 16 including climbing activities.

Although Kinabalu Park was closed on March 18 due to the Covid-19 pandemic, a trend is showing that people are coming back to climb Mt Kinabalu.

Towards this end she extended her heartfelt condolences to all families of the victims of the Mount Kinabalu earthquake.

She also thanked all the heads of both state and federal government departments and agencies for their presence and cooperation for strengthening the tourism sector in Sabah.

Previous ArticleLook out for change of behaviour in loved ones – Befrienders KK
Next Article Infographic, video clip show how to dispose of used face masks