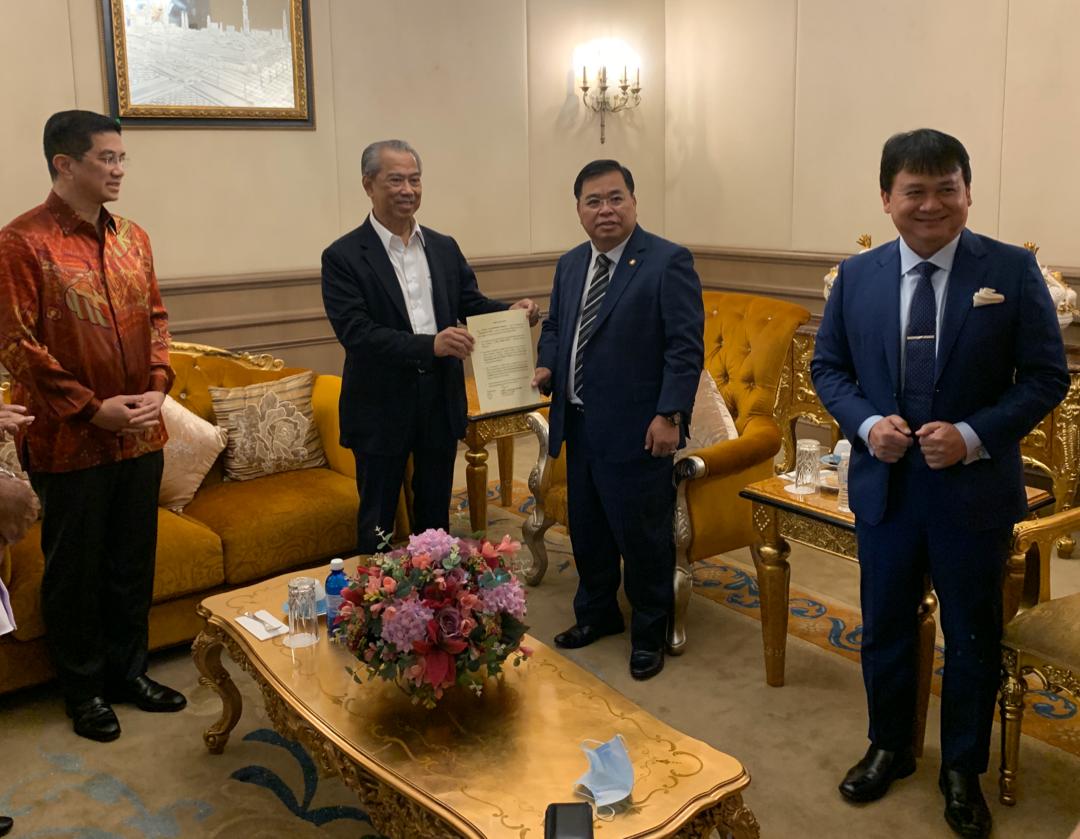 The meeting taking place at the Prime Minister’s official residence in Seri Perdana came just a day after Jugah announced he had quit PKR where he was the vice president to become an independent.

He was brought to meet Muhyiddin at about 12 noon today by Senior Minister of International Trade and Industry Datuk Seri Mohamed Azmin Ali.

Prior to that, Jugah and Deputy Minister of Energy and Natural Resources Ali Biju met Azmin at the latter’s residence also in Putrajaya. Ali was also present during the meeting with Muhyiddin.

Last night, Jugah in a statement announced he was quitting PKR, and pledged his support for the Perikatan Nasional (PN) federal government and the state government led by Gabungan Parti Sarawak (GPS).

He had said in the statement that Lubok Antu constituency needed the PN government’s support for development as it is a rural area.

“I am also upset with the internal problems among parties in the then Pakatan Harapan (PH) federal government and when the Prime Minister Tun Dr Mahathir Mohamad at that time resigned, which resulted in the collapse of the PH government,” he said.

“Therefore, I have discussed with my supporters and they fully agreed for me to support the Perikatan Nasional (PN) government,” he said.

Jugah had contested as an independent in the last general election before joining PKR.

He had stayed in the party despite nine MPs including Ali leaving the party in February, and he was appointed as vice president which was previously held by Ali.

With Jugah’s support, the PN government now has a three-seat majority in the 222-member Parliament after Datuk Shahruddin Md Salleh reportedly said he remains a PN backbencher despite resigning from his deputy minister post.

Larry said he had managed to contact Jugah after learning about the resignation, and Jugah had apologised and explained to him regarding his resignation from PKR.

“Although we are no longer together in the same political party, I give him my best wishes,” said Larry.