Saturday, May 28
You are at:Home»News»RM5 surcharge for protective equipment to be imposed – Kuching Hairdressers Association president 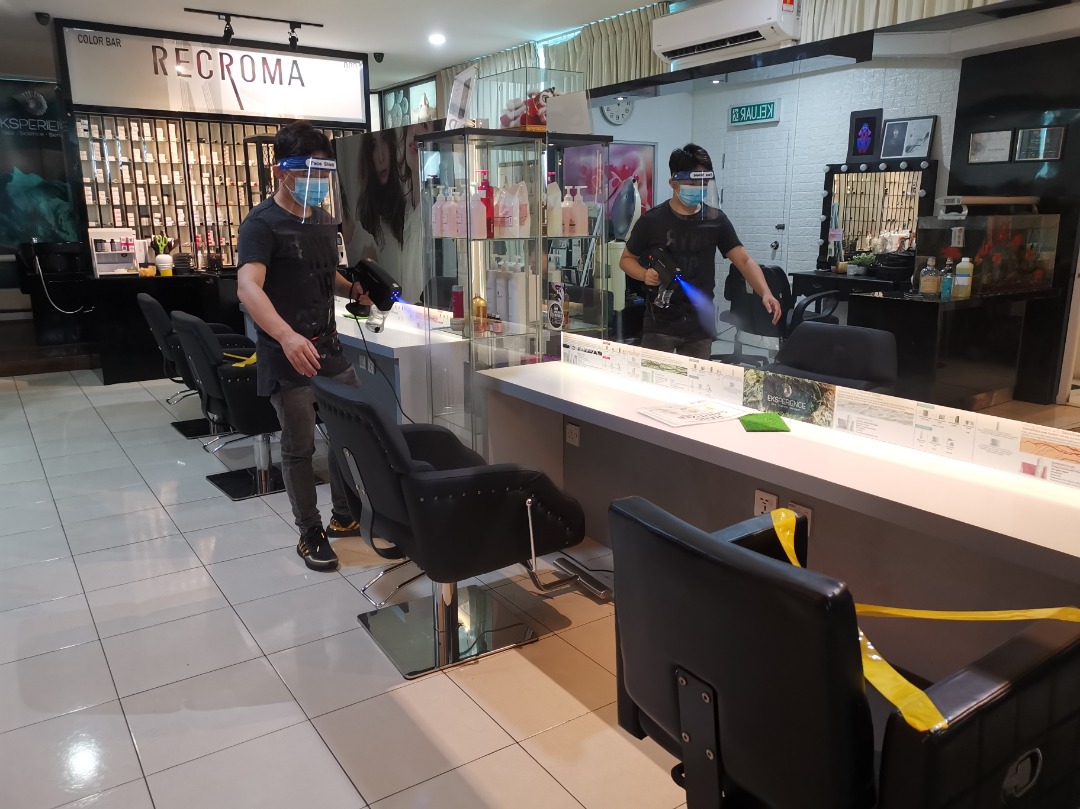 KUCHING: Hair salon customers can expect a surcharge of RM5 per person for protective and safety equipment when they go for a haircut beginning June 9.

Kuching Hairdressers Association president Raymond Chin said the charge was very fair as the actual cost was around RM8-10 per customer for the disposable cutting kit like face mask, face shield, gloves, apron, and sanitising and cleaning costs, and the association had obtained approval from the Sarawak Disaster Management Committee (SDMC) for the additional charge.

The price of the haircut remains unchanged, though different salons may have different pricing for haircuts, he said.

The SDMC announced on Thursday that all barber shops and hair salons would be allowed to operate starting from June 9, but only hair-cutting services would be allowed for the moment. The Standard Operating Procedures (SOP) has yet to be announced.

“The RM5 (extra charge) will help reduce the burden on the salons to prepare for the SOP to ensure the safety of the customers and salon and prevent salons from becoming a spreading point for Covid-19,” he said when contacted today by The Borneo Post.

He said the association had discussed the charges amongst the committee members and had also met with Kuching South City Council Mayor Dato Wee Hong Seng on imposing the additional charge on Thursday.

“Datuk Wee has agreed with us on the charge and he told us not to overcharge customers.”

“Actually the salon industry is very pitiful now. We have not be able to operate for almost three months now, and if we don’t charge, some salons don’t have extra money to buy the things to follow the SOP.”

He said that though the government had announced various forms of aid, many were not eligible, leading to some salons closing down as they were unable to pay for rent and other costs.

Chin said that even though some premise owners offered rental discounts up to 50 per cent, not all gave discounts.

For himself, he has suffered losses of around RM30,000 from the start of the Movement Control Order on March 18 as he continued to pay rent, staff salaries and other expenses for his two salons – one in Kuching and one in Kota Kinabalu, Sabah.

He added that when he informed members on Friday night that they could charge the extra RM5, many agreed and were relieved and accepted it as fair and square.

“Even though only haircuts are allowed, at least it can ease the burden of many in the industry who have had no income for nearly three months,” he said.

Chin added that the association would provide stickers and cards to display at salon counters to inform customers of the charge, as well as letting them know when they call for a haircut appointment.

“I hope all customers can understand, and be fair for everyone,” he said.

Meanwhile, the association has also came up with its own SOP for reopening of hair salon.

Chin said both the customer and hair stylist must wear surgical masks at all times when they are inside the premise; customers must have their temperature taken before they enter the salon and if it exceeds 37.5°C, they are not allowed to enter, and their name and contact details must be recorded as well.

For the salons, the seats, surrounding area and hair cutting tools are to be disinfected every time after the customer has left the premises before the next customer enters, and only half of the seating capacity is allowed as to maintain social distancing.

Aside from that, no food or drinks would be served during the hairdressing work at the premise, he said.

“This SOP is our association’s suggestion, and after making adjustments to it after we showed Mayor Wee. The real SOP will be finalised and announced by the state government later on,” he said

He added that the association has over 120 members and there are around 500 salons in Kuching.