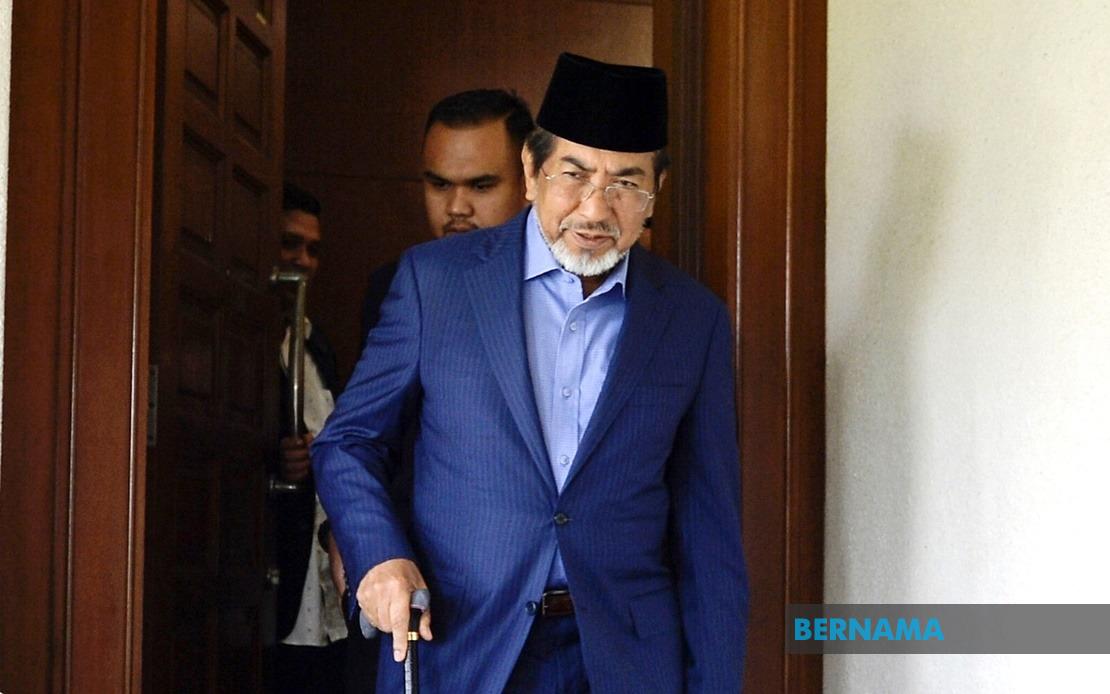 Lawyer Amer Hamzah Arshad says the corruption and money laundering charges in connection with timber concession contracts in Sabah against Tan Sri Musa Aman were baseless as the monies were from donations and political funds, – Bernama file photo

KUALA LUMPUR: The corruption and money laundering charges in connection with timber concession contracts in Sabah against former Sabah Chief Minister Tan Sri Musa Aman were baseless as the monies were from donations and political funds, said his lawyer Amer Hamzah Arshad.

Amer Hamzah said the monies that became the subject matter of the prosecution had been explained during past investigations.

They were political donations from party supporters, donors, the public and Barisan Nasional for the purpose of by-election and general election preparations as well as Sabah BN’s activities and expenses, he said.

“All of the relevant documents have been provided to the Malaysian Anti-Corruption Commission (MACC).

“At all material times, these political donations did not involve any project for the state of Sabah, timber concessions and were not on a quid pro quo basis,” he said in a statement today.

Amer Hamzah, who was one of the lawyers representing Musa, said giving or receiving political contributions was not a crime in Malaysia.

“This was confirmed by the MACC in a statement made by the then deputy commissioner (Operations) Datuk Seri Azam Baki which stressed that giving and receiving political donations was not an offence and the MACC had no jurisdiction on political donation matters in Malaysia, as reported in the New Straits Times on Oct 7, 2017,” he said.

Explaining the case, Amer Hamzah said the defence team had filed a motion to dismiss all charges against their client and had presented the facts in detail in the affidavit in support of Musa.

“Important and relevant documents, including from the Independent Commission Against Corruption (ICAC) of Hong Kong, were included in the affidavit.

Amer Hamzah said his client had been investigated by the ICAC and the MACC between 2008 and 2011 and during the period of investigations, both parties had cooperated and communicated professionally.

Amer Hamzah said that after conducting a thorough investigation, the MACC had found that there was no element of corruption and that the monies being investigated were from political donations.

“The matter was confirmed by former MACC Investigation Division director Datuk Seri Mustafar Ali and conveyed to the ICAC in a letter dated September 2011.

“After conducting a thorough investigation, the ICAC issued a letter dated Dec 22, 2011 to our client stating that the probe had been completed and no further action would be taken against Tan Sri Musa Aman,” he said.

The lawyer said the results of the investigation had been studied by the Attorney-General’s Chambers which showed that Musa was not involved in any corrupt practice and money-laundering offence.

“The investigation results and the decision of no further action against our client have been studied by, among others, Abdul Gani, former chief of Prosecution Division Datuk Seri Tun Abd Majid Tun Hamzah, former MACC chief commissioner Tan Sri Abu Kassim Mohammad and Mustafar.

“The results of this investigation were also approved by the MACC Operations Review Panel. This clearly shows that the decision has been carefully studied and has gone through the existing legal channels,” he said.

The lawyer said professional prosecutors should be consistent and uphold previous decisions that have been made after going through a proper process.

“Furthermore, the prosecution in November 2018 was not based on new facts, but based on the same facts that were investigated and decided by the ICAC and MACC.

Amer Hamzah said they believed that Attorney-General Tan Sri Idrus Harun and the deputy public prosecutors handling this case had studied and considered the application they filed in court objectively by taking into consideration all legal aspects and the interests of justice.

The High Court here today freed Musa of all his 46 corruption and money laundering charges in connection with timber concession contracts in Sabah. – Bernama