Sunday, February 28
You are at:Home»News»Muslims able to return home for Aidiladha as RMCO allows interstate travel 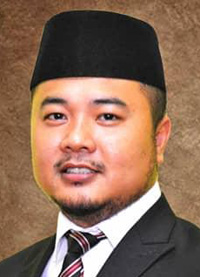 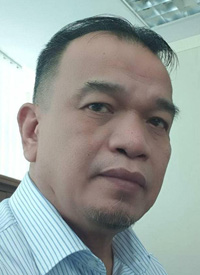 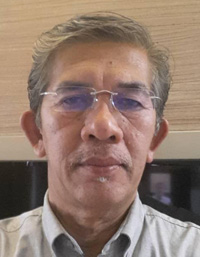 BINTULU: The implementation of the Recovery Movement Control Order (RMCO) before the celebration of Hari Raya Aidiladha next month would be a ‘compensation’ of sort for the Muslims in Malaysia.

Based on the almanac, the first day of Aidiladha is expected to fall on July 31, which is during the RCMO period that allows interstate travel and also the holding of religious
activities — albeit still subject to set standard operating procedures (SOP).

In contrast, Hari Raya Aidilfitri last month could only be celebrated on the first day (May 24), with inter-district and interstate travels being strictly prohibited.

“The key of the Aidiladha celebration is the ‘ibadah korban’ (sacrificial slaughter). It is important because it reflects the innermost purpose behind the creation of mankind in this world – to worship Allah,” said Parti Islam Se-Malaysia (PAS) Sarawak information chief Zharudin Narudin in a statement yesterday.

The ‘ibadah korban’ can be conducted within four days – from 10 Zulhijjah (expected to fall on July 31) to 13 Zulhijjah, when the haj pilgrimage is taking place.

Adding on, Zharudin, 35, said relaxation should be allowed for inter-district travelling in Sarawak as the management of Covid-19 cases was now under control.

Meanwhile, civil servant Hassan Busu said the more relaxed measures under the RMCO would ease ‘the longing’ felt by those who had been separated from their loved ones since the earlier Movement Control Order took effect on March 18.

“They get to go back to their hometowns and villages to celebrate Aidiladha with their families and close relatives.

“It would be an occasion that is livelier than the previous Hari Raya Aidilfitri,” he said.

Nevertheless Hassan, 56, said although with strict SOP in place, he was still worried about the ‘exodus of people’ coming home for Aidiladha.

“If some of us took the SOP and the ‘new normal’ practices lightly, there’s possibility of a new Covid-19 cluster to emerge.

“Having said this, I believe that the decision to implement the RMCO is based on the advice and feedback gained from the World Health Organisation (WHO) and the government advisory panel, as well as from medical and public health specialists; (it is) not a personal decision or one influenced by politics as what being claimed by certain parties,” he said.

Another local resident Shamsuddin Abdul Razak said he was grateful to the federal government for allowing Muslims to attend Friday prayer and also other congregational prayers at mosques and suraus, including the Aidiladha mass morning prayer, under the RMCO.

However, he also acknowledged the importance for everyone to comply fully with the set
SOP.

“We must remember that the country is still combating Covid-19, and this responsibility must be shouldered by all parties,” said Shamsuddin, 62, who is Parti Pesaka Bumiputera Bersatu (PBB) Jepak branch secretary.