Tuesday, September 29
You are at:Home»News»Sabah»Sabah minister to be charged tomorrow 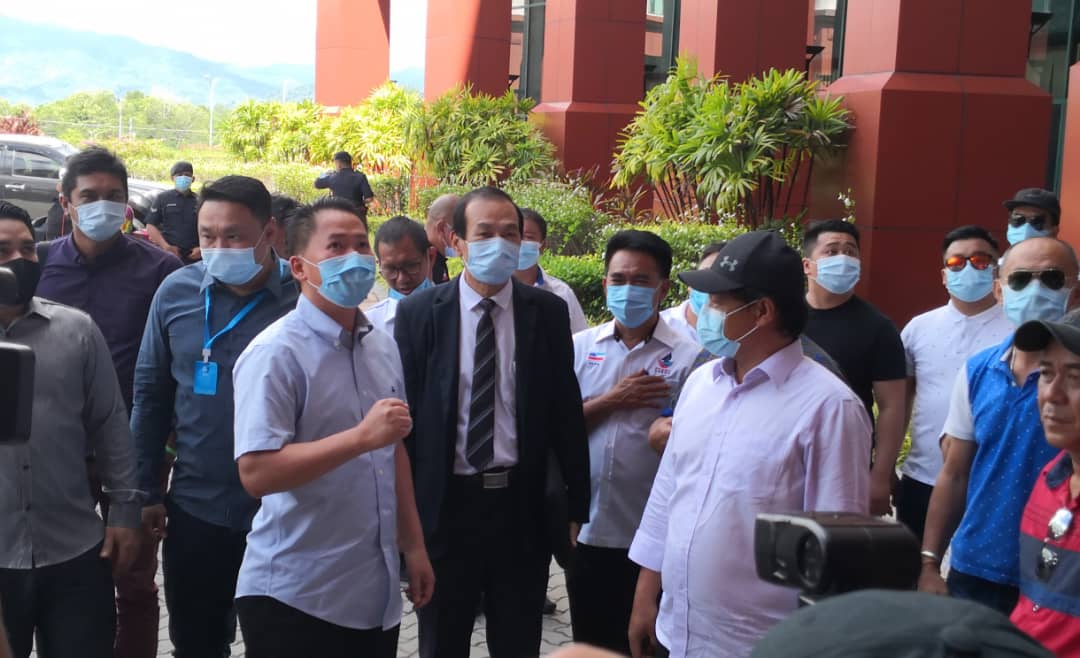 Peter (left) arriving at the MACC office for his statement to be recorded for the second day today.

The Parti Warisan Sabah Vice-President is said to be charged for the Risda land deal in Tongod with the amount of RM155 million.

He is expected to be charged at the Kota Kinabalu court at 8.30am.

Peter was called for the second time to the Malaysian Anti-Corruption Commission (Sabah) office for his statememt to be recorded.

He arrived at 2.45pm and spent about three hours before he emerged from the MACC office at 5.45pm today.

Speaking to the media at the Federal Government Administrative Complex lobby, Peter said the whole issue had been politicised as it is an old case which had been settled since 2013.

“This case does not involve the ministry nor the Sabah government, but an old case during the political unrest back in 2013 and 2014,” he clarified, adding that the whole incident is believed to be political motivated.

He also believed that more politicians can be expected to be called by MACC.

“This is expected as Warisan government is behind Pakatan Harapan while the new Malaysian government will do their best to topple us for not siding them,” he said.

“But what they (Perikatan Nasional) are doing will only make us Sabahans stronger,” he said.