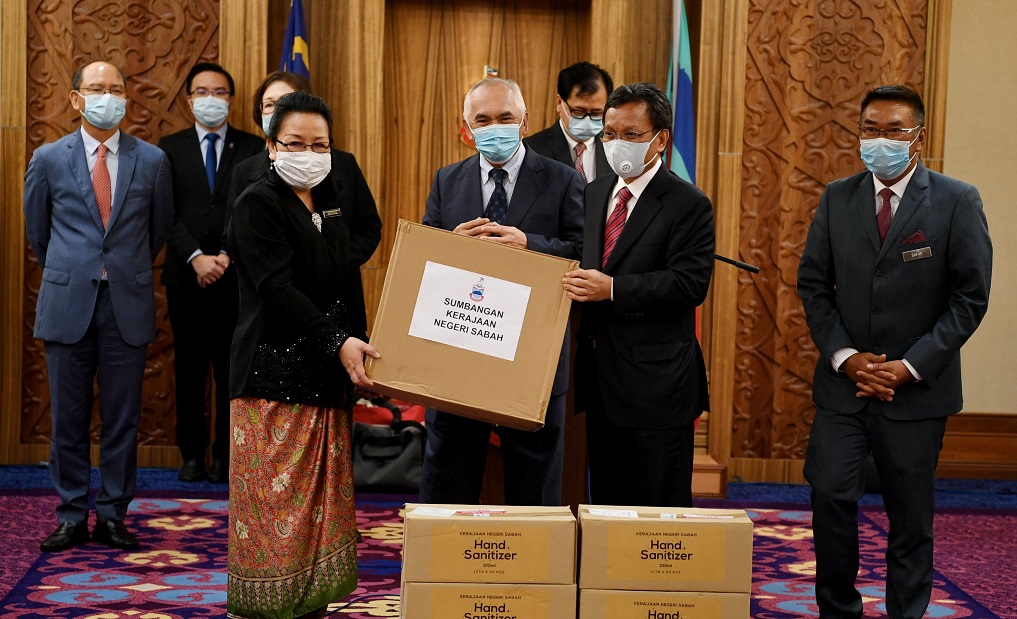 KOTA KINABALU: The Sabah Government has given 746,112 face masks and 60,652 bottles of hand sanitizers to 221 government schools and 15 private schools throughout Sabah yesterday.

The items would be distributed to enable Form Five and Form Six students as well as teachers to use them to avoid being infected by Covid-19 when the school session starts, said Chief Minister Datuk Seri Panglima Mohd Shafie Apdal.

He added that he wanted to ensure the supplies reached all the schools, particularly those located at rural areas.

He said that there were over 11,000 students from Sabah there and 7,000 were not able to return home.
“We worked with the Higher Education department to bring them home…this is the effort by the Sabah government to enable them to be with their family to celebrate Raya,” he said.

Shafie also said that the Sabah Government has spent RM156 million to cover all parties in the state of about 750,000 people.

“We have tried to reach out to them,” he said.

He added that the government’s aim is to reduce the burden of the people.

Additionally, the Chief Minister also said that people from Labuan can now enter Sabah without showing any test certificate upon entry.

He added that it would be cumbersome for the folks consisting of fishermen and farmers as well as people with families living at the mainland to be required to show their test certificate each time they came.

He said also that it is not cheap to acquire the test certificate.

“We give leeway to all from Labuan,” he said.

However, he warned that this does not include people who came from other places and were on transit in Labuan.

“Do not be mistaken. This is only for Labuan. Those from Kuala Lumpur, Singapore and others who are on transit will not be allowed.”

The ruling also includes folks from Sarawak, he said.

“We welcome them but they must produce a test certificate three days before they come. They must be clean. That (ruling) still stands. We know there are red zones in West Malaysia and Sarawak. We need them to have these certificates,” he said.

He added that the Sabah Government has its own method to ensure Covid-19 is not spread to the people of Sabah.

“We have to be mindful and meticulous and ensure our people are safeguarded.”