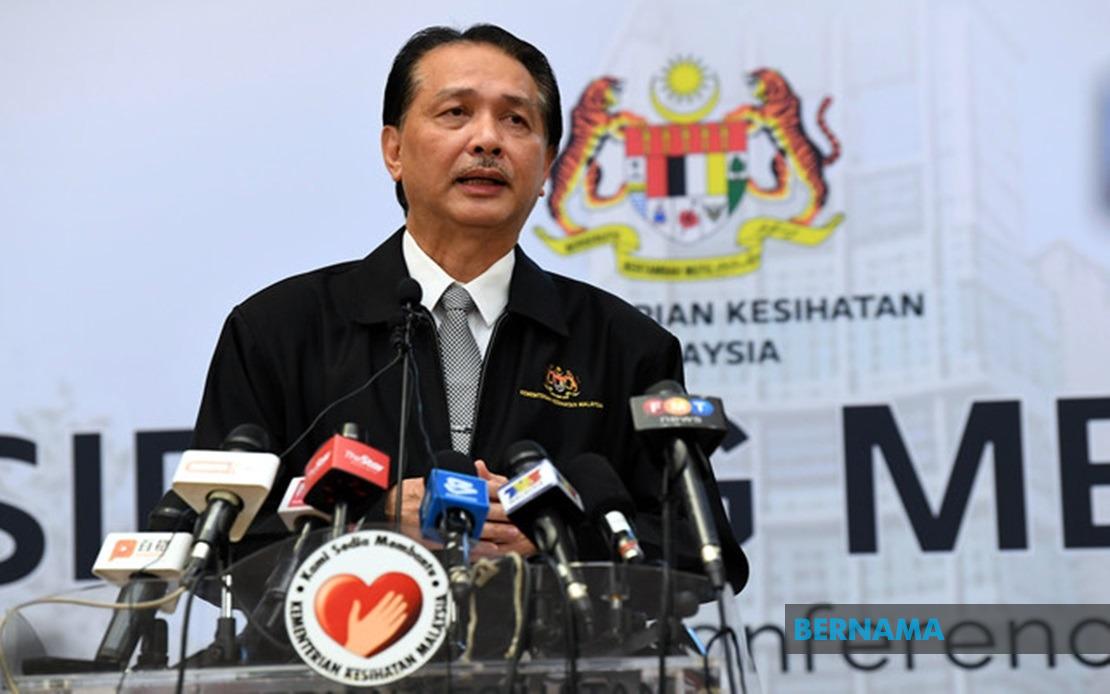 This brings the total cumulative tally of positive cases to 8,494.

He said that two cases were infected in Selangor, two in Melaka and one each in Negeri Sembilan and Sabah.

“Out of the total new cases today, three cases were imported from Singapore and a majority of the new cases (32 cases) involved non-Malaysians,” he said in a press conference giving the daily update on the nation’s Covid-19 situation at Putrajaya today.

One of the imported cases involved a nine-month-old baby, he added.

No deaths were reported in the country today, maintaining the death toll at 121.

Meanwhile, Dr Noor Hisham informed that 54 patients had recovered and were discharged from hospitals today, bringing the total tally of patients discharged to 7,400 or 87.12 per cent of total cases.

Four patients are currently receiving treatment in the Intensive Care Unit (ICU), none of which are on ventilator support, he added.

On a separate matter, Dr Noor Hisham said that today was the last day of the daily press conference giving the Covid-19 update.

Effective this week, the press conference would be held three times a week namely on Monday, Wednesday and Friday.

Previous ArticleParents still advised against bringing children to public areas
Next Article Uggah: Qmunity to detect, trace users not to report businesses as safe or unsafe