Thursday, January 21
You are at:Home»News»Status of registered co-ops to be reviewed to determine quality 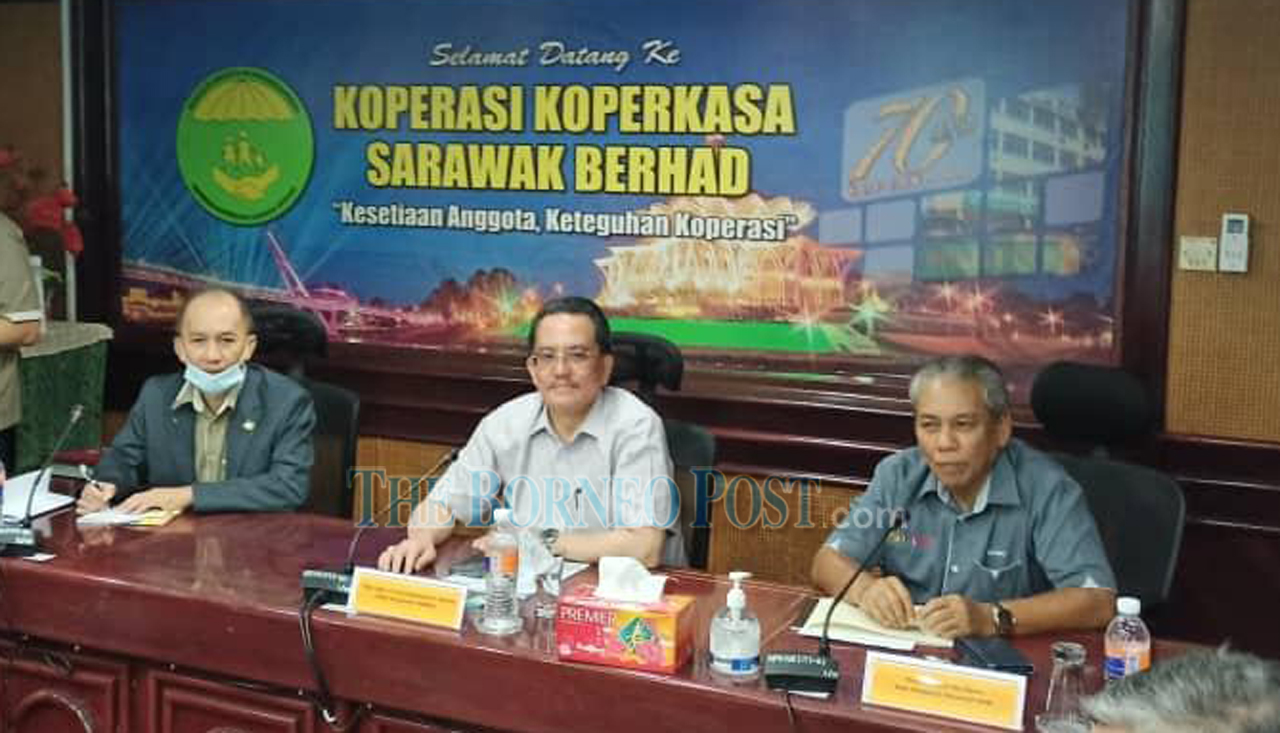 Mohammad (seated, centre) speaks to reporters during the session. On his right is Fathi.

KUCHING: The Ministry of Entrepreneur Development and Cooperatives aims to revamp all cooperatives in the country by refining the definitions of ‘active’, ‘non-active’ and ‘dormant’ to describe the status of a registered organisation.

The secretary-general to the ministry Datuk Seri Mohammad Mentek says this is because currently, cooperatives that collect fees from members are listed as ‘active’, despite not doing anything for their members.

Instead, he points out that such cooperatives should be classified as ‘non-active’.

“The ministry will look through all cooperatives to ensure that they are ‘quality cooperatives’ – those that benefit the cooperative members.

“We want these cooperatives to be active, especially in economy so that they would bring returns to the members. We do not want any cooperative to exist in name only,” he said when met during his working visit to Koperasi Koperkasa Sarawak Bhd (Koperkasa) headquarters at Jalan Simpang Tiga here yesterday.

Adding on, Mohammad said the ministry would also strive to find ways to ‘revive’ non-active cooperatives.

According to him, in Malaysia there are 14,624 registered cooperatives and from this figure, 3,200 are considered not active.

In this respect, he would instruct the Cooperatives Commission of Malaysia (SKM) to screen the cooperatives in finding out whether they were inactive or dormant cooperatives.

In Sarawak, there are 1,077 cooperatives, but 125 are reported to have closed down.

Meanwhile, Koperkasa had been ranked 16th among the country’s top 100 cooperatives, and the top among all major cooperatives in Sarawak, said Koperkasa chairman Fathi Hambali who accompanied Mohammad during the visit.

In a statement released earlier this month, Koperkasa declared a dividend payout of seven per cent for the financial year ended 2019.

Fathi said the disbursement had been done last week, where payments were credited to the members’ bank accounts via online.

Koperkasa currently has about 25,000 members, and seven branches across Sarawak.