Wednesday, August 5
You are at:Home»Business»Analysts: Unemployment may worsen later in the year 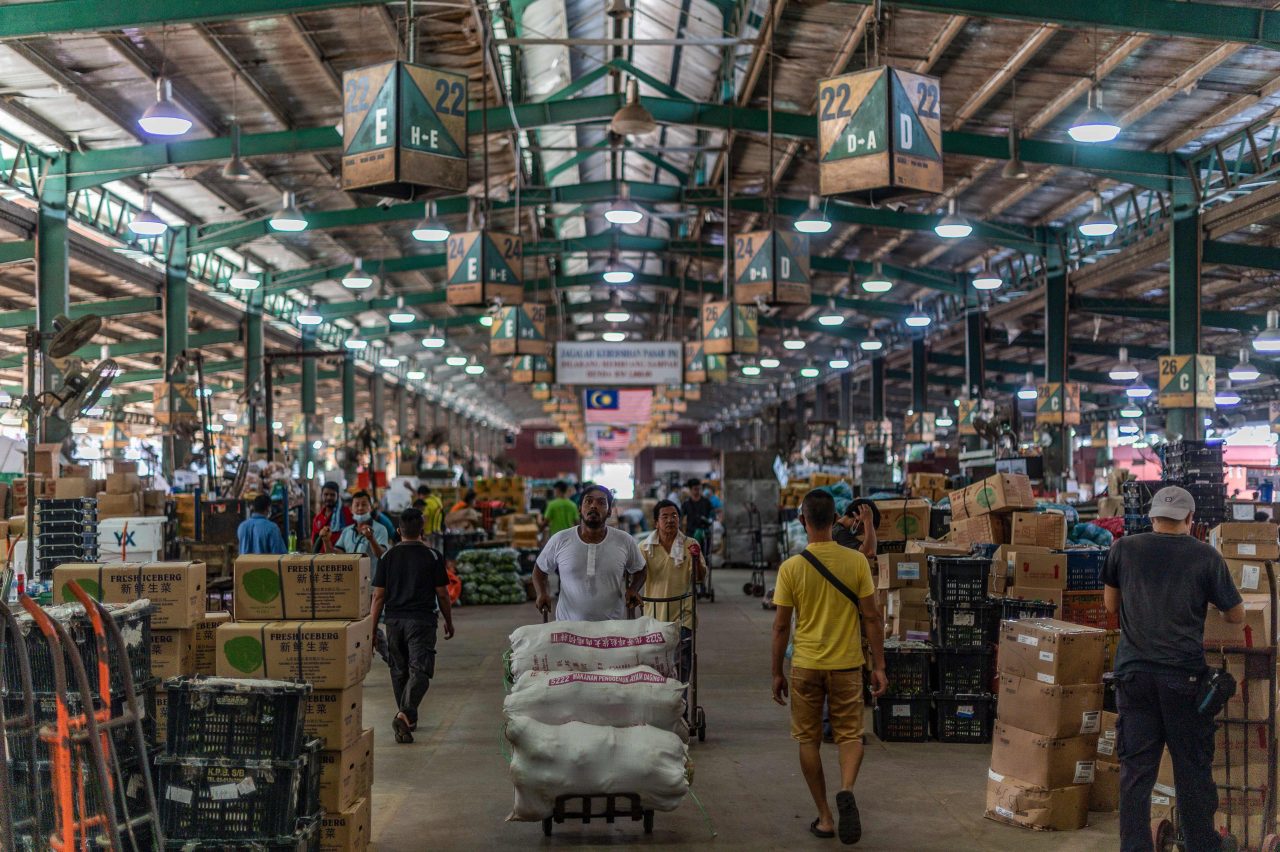 A worker pushes goods at a wholesale market in Kuala Lumpur as sectors of the economy are being reopened following restrictions to halt the spread of the Covid-19 pandemic. — AFP photo

KUCHING: Malaysia’s unemployment rate reached five per cent in April this year – the highest seen since 1990 – as analysts cautioned that this trend will likely persist for the remainder of 2020.

Economists with AmBank Research saw that closures of operations for most businesses during the movement control order (MCO) have slashed jobs, making it harder for job seekers to find employment.

“A key point in the Department of Statistics Malaysia (DOSM) survey is that there were 2.59 million people operating their own businesses in April,” the economists said yesterday. “They are largely traders/small traders (farmer’s market/night markets/catering/stalls/freelancers) smallholders, tour operators and others.

“These groups were exposed to the risk of job and income losses following the MCO. The survey also showed the MCO affected 4.87 million employed persons who were not working in April 2020. This group of people is not categorised as unemployed as they have jobs to return to.”

During the MCO, with Phase 1 to 4 implemented from March 18 to May 3, 2020, only essential services were allowed to operate, as most non-essential business (including construction activity) were prohibited and closed.

The economy was operating at between 40 to 45 per cent capacity during the MCO phase. Since then, the country went through two phases of Conditional MCO (CMCO), from May 4 to June 9, 2020, with economy operating at close to 90 to 95 per cent.

As the country is currently going through the 7th Phase of Recovery MCO (RMCO), with the opening of almost all essential and non-essential services, together with supportive measures from monetary and fiscal policy fronts, economic activity in the country is expected to gradually recover.

Since the reopening of the economy beginning May 4, an estimated 90 per cent of workers have returned to work.

On this, AmBank Research believed that upward pressure on the number of job losses remains as much will depend on the ability of the businesses to weather the current unprecedented challenging time.

“The risk of companies going under remains high, apart from restructuring and engaging in mergers and acquisitions,” it continued.

“Also, it remains unclear how the labour market will be when the wage subsidy programme (WSP), which started in April, ends. The WSP, which provides financial relief to employers face revenue constraints, has saved 2.2 million jobs.

“Although government incentives aimed at retaining employees and the gradual reactivation of economy following the CMCO and RMCO in May and June could ease some burden, it may not take the weight off instantly considering an estimated 500,000 new entrants to the labour market this year.

“Thus, the unemployment rate could hit six per cent or even higher in 2020.”

“Sentiment is still quite weak as people fear of another wave of Covid-19, hence are taking a more gradual return to their normal activities,” it said in a spearate analysis.

“Therefore, we foresee unemployment rate to edge up higher than 3.8 per cent previously estimated. Nevertheless, we believe as economy gradually open and measures taken by government through stimulus packages such as wage subsidy, employment insurance scheme and reskilling and upskilling initiatives, the employment will be more stable in the second half of 2020.

“In addition, structural shift is likely to occur where labour demand fall in certain industries but partially offset by increase in others like health, agriculture and food based,” MIDF Research continued.

“Malaysia is anticipated to benefit from the economic recovery trend in China particularly in the manufacturing sector as we are well connected in the global supply chain.”

Previous ArticlePetronas Chemicals in good position for growth plans
Next Article Giant tortoise Diego, a hero to his species, is home