Wednesday, July 8
You are at:Home»Lite Stories»Giant tortoise Diego, a hero to his species, is home 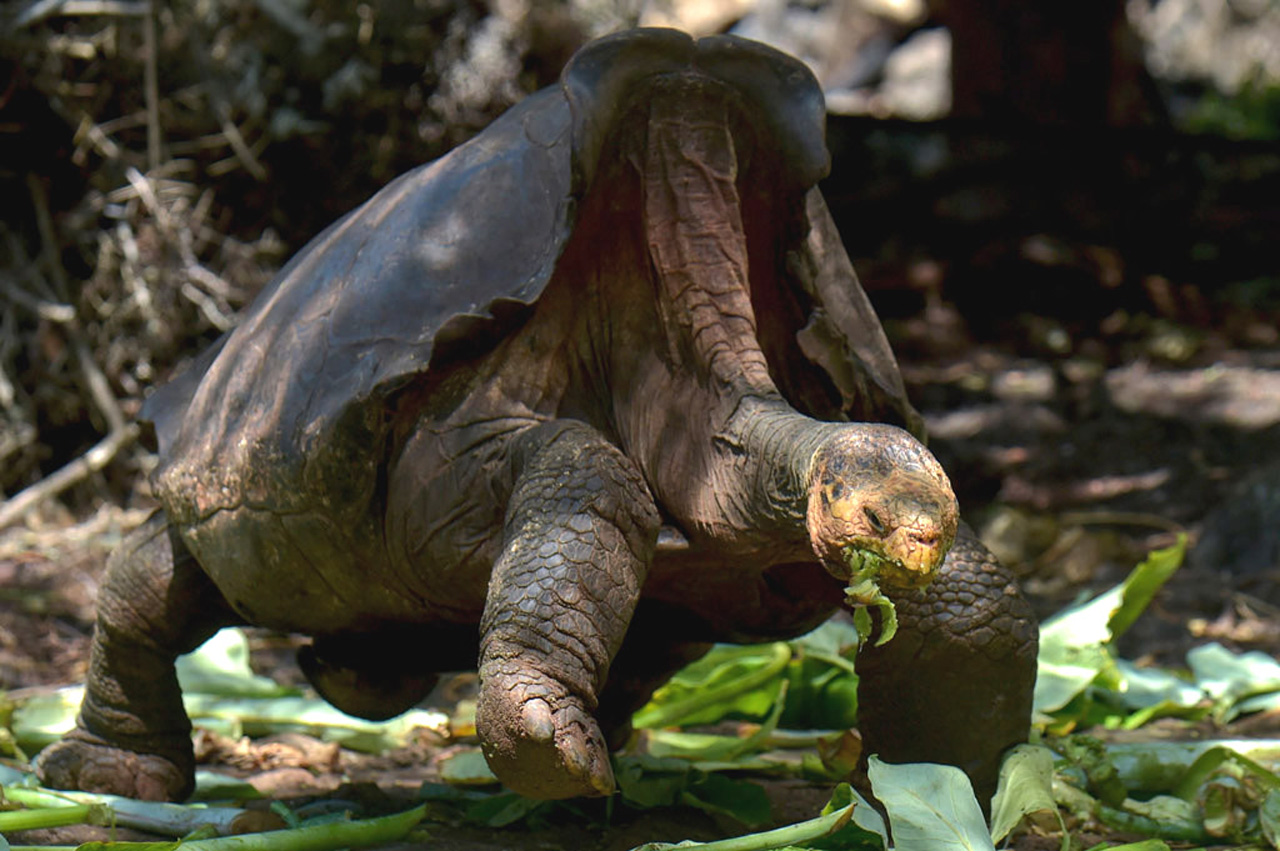 Diego is seen in a breeding centre at the Galapagos National Park. — AFP file photo

QUITO: Diego the giant Galapagos tortoise whose tireless efforts are credited with almost single-handedly saving his once-threatened species, was put out to pasture Monday on his native island after decades of breeding in captivity, Ecuador’s environment minister said.

Diego was shipped out from the Galapagos National Park’s breeding programme on Santa Cruz to remote and uninhabited Espanola.

“We are closing an important chapter” in the management of the park, said the minister Paulo Proano on Twitter, adding that 25 tortoises including the prolific Diego, ‘are going back home after decades of reproducing in captivity and saving their species from extinction’.

Espanola welcomed them “with open arms,” he said.

Before being taken back by boat to Espanola, the 100-year-old Diego and the other tortoises had to undergo a quarantine period to avoid them carrying seeds from plants that are not native to the island.

Diego weighs about 80 kilogrammes, is nearly 90 centimetres long and 1.5 meres tall, if he really stretches his legs and neck.

Diego’s contribution to the programme on Santa Cruz Island was particularly noteworthy, with park rangers believing him responsible for being the patriarch of at least 40 per cent of the 2,000-tortoise population.

Around 50 years ago, there were only two males and 12 females of Diego’s species alive on Espanola, and they were too spread out to reproduce.

Diego was brought in from California’s San Diego Zoo to join the breeding programme which was set up in the mid-1960s to save his species, Chelonoidis hoodensis.

The National Park believes he was taken from the Galapagos in the first half of the 20th century by a scientific expedition.

Previous ArticleAnalysts: Unemployment may worsen later in the year
Next Article Cautious optimism on return of consumer confidence and sentiment in 2021