Saturday, August 13
You are at:Home»News»Sabah»IMM13 ‘most appropriate’ single document – Jeffrey 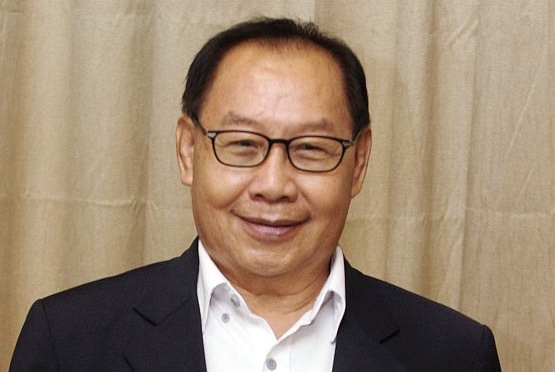 KOTA KINABALU: The use of IMM13 is the most appropriate single document to group all foreigners from the Philippines holding Kad Burung-Burung and Kad Banci and a very positive first step towards resolving the illegal immigrants problems in Sabah, said STAR Sabah president Datuk Dr Jeffrey Kitingan.

He said this in support of the proposal made by Minister of Home Affairs Datuk Seri Hamzah Zainuddin.

The Member of Parliament for Keningau, who is the Deputy Minister of Tourism, Arts and Culture, said the grouping of the  foreigners is easier to understand under one legal and international document instead of creating the highly suspicious document like the PSS, or Sabah Temporary Pass.

“The Philippine government will also be happy because once they are given legal status as Filipinos and given passports, they can be given work passes to work in Malaysia,” he said.

“I am happy that the Federal Government is taking this first step, which has been long-awaited, to resolve this mother of all Sabah problems.

“A most heartening new policy was revealed in our recent discussion with the Home Minister when he firmly vowed to take action on all illegals in the country and declared ‘there will be no more PTIs (illegal immigrants)!” said Jeffrey.

“I am also happy that the security apparatuses have even gone to the extent of identifying the many secret jungle paths or ‘jalan-jalan2 tikus’ used by illegals to enter Malaysia, and will ensure these illegal border entries are properly secured.”

Jeffrey, who is also the Tambunan assemblyman, also announced that his party will contribute its efforts to help the Federal government by explaining this new development to the people and through the upcoming forum on PTIs proposed by him.

“This resolve is a positive step taken by the Perikatan Nasional government towards preserving the country’s security and sovereignty,” he said. “And I dearly hope that the next important step of issuing the proposed Sabah IC will follow suit in the near future.”

The Ministry of Home Affairs intends to standardise the documentation of foreign nationals from the Philippines in Sabah by using only using one document, namely, IMM13, as among the strategies to facilitate identification of illegal immigrants  from that country.

Hamzah said the government would not issue any new document to the group but was instead looking at using an existing document to avoid any confusion.