Saturday, August 15
You are at:Home»News»Marine police seize vessel with RM55,000 in diesel off Bintulu 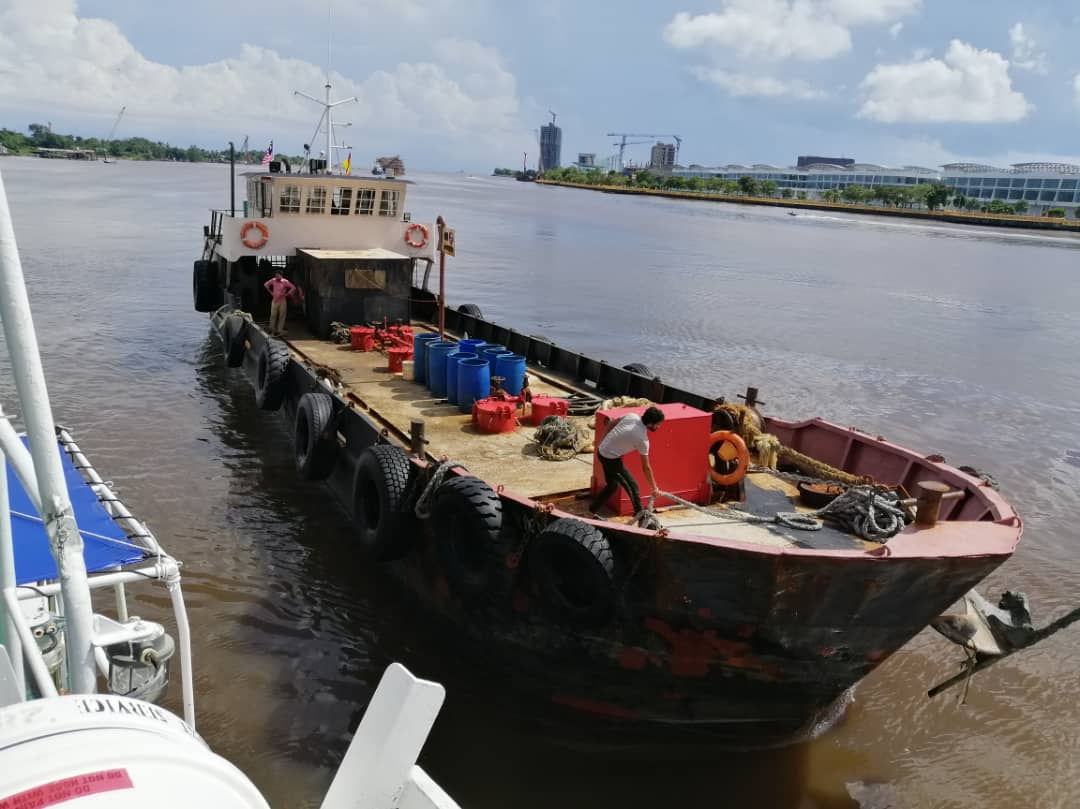 The seized vessel, which was found carrying 32,000 litres of diesel.

A skipper and two crew members were detained to assist in investigation under the Control of Supplies Act 1961, for possessing and keeping subsidised diesel without a licence from the Ministry of Domestic Trade and Consumer Affairs (KPDNHEP).

Region 5 Marine Police commander ACP Shamsol Kassim said the vessel was detained at around 11am after the boat’s skipper failed to produce any valid documents on the ownership of the diesel.

He said also confiscated were one unit of oil pump worth RM5,000, two oil hoses worth RM500 and RM600, and a flow meter worth RM500 for an estimated seizure including vessel amounting to RM1,561,960.