Saturday, September 25
You are at:Home»News»Number forecast operators in Sarawak remain closed during RMCO as they await permission from SDMC 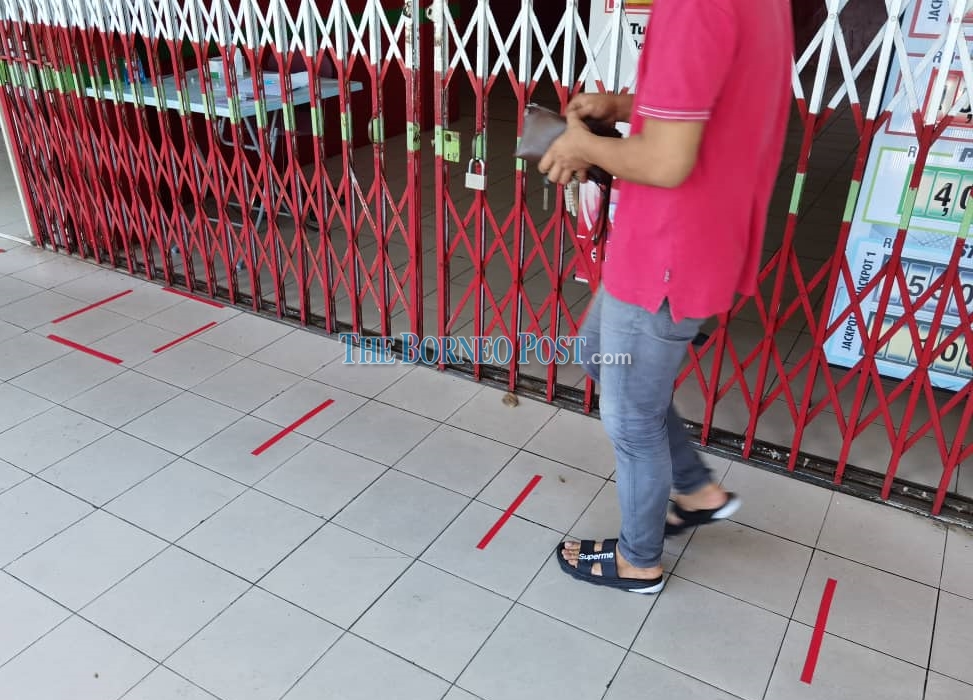 A man walks by a Sports Toto outlet in Kuching during the RMCO. Photo by Chimon Upon

KUCHING: Number forecast operators (NFOs) like Magnum4D Malaysia are still closed in Sarawak despite their Peninsular Malaysia counterparts reopening for business today under the relaxed rules of the Recovery Movement Control Order (RMCO).

“Although I have received a letter from KL last night to reopen our outlets, I still have to follow state law,” he said.

Liew added that he had submitted an application to reopen the business to SDMC and was currently waiting for a response.

NFOs were closed following the implementation of the Movement Control Order (MCO) on March 18 2020 nationwide.

The reopening of these NFO outlets in Peninsular Malaysia follows the implementation of the RMCO last Wednesday to allow nearly all business sectors to operate with the required standard operating procedures in place.

When contacted, a spokesperson for Sports Toto in Sarawak said she was waiting for further instructions from its headquarters in KL.