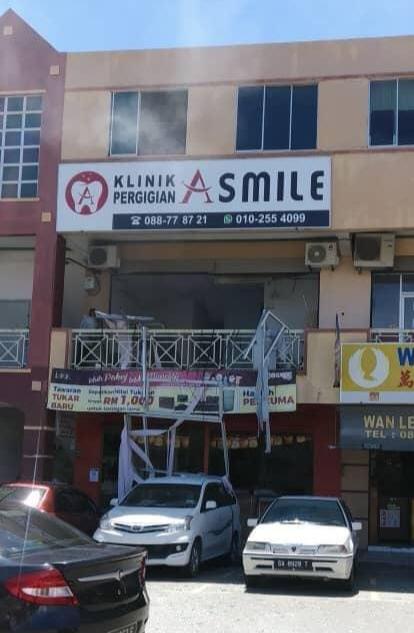 The dental clinic at Jalan Putatan Plaza in Penampang after the gas explosion.

A dentist with the clinic, who declined to be name, said the explosion happened after he and his staff nurses returned from lunch.

“Upon returning from lunch, we smelled gas and wondered where it came from.

“Suddenly there was a blast which ripped through the partition wall, glass windows, front entrance and the signage board.

“Thankfully, no one was injured but the explosion also caused some damage to vehicles parked on the ground floor,” said the dentist.

Investigation revealed that the explosion was caused by LPG gas from a cylinder.

“No fire, injuries or untoward incident was reported but the explosion destroyed the main entrance of the dental clinic, which was located on the first floor of the building,” said Mohd Khairul, adding that the operation ended around 2.20 pm.