Wednesday, April 14
You are at:Home»News»Business premises reminded to comply with SOP during RMCO 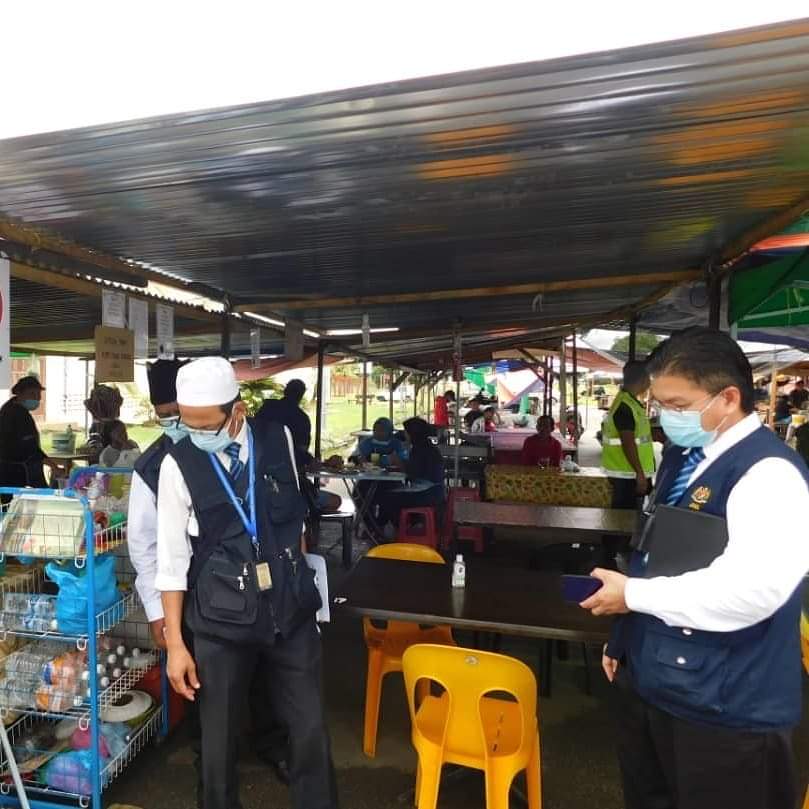 Billy (right) and enforcement personnel during a check at an eatery.

KUCHING: Some business premises in Sarawak have been found without thermometers or thermoguns to check the temperature of their proprietors in line with the standard operating procedures (SOP) of the current Recovery Movement Control Order (RMCO) period.

This was the case in Simunjan on Thursday (June 18), when a joint operation carried out by Ministry of Health (MOH) found 22 business premises there not complying with the SOP by not having thermometers or thermoguns and also not providing hand sanitisers.

Sarawak chief environmental health officer Billy Sujang, who led the operation, said the errant premises were however let off with stern warnings to immediately comply with the SOP.

Despite this, he said the operation did however issue a compound to an individual under Section 32B of the Food Act 1983 for smoking in an eatery because the smoking ban in eateries is still in force after being fully implemented effective on Jan 1 this year.

“A total 51 premises in Simunjan comprising 29 retail shops, 18 eateries, three barber shops or hair salons and a market were checked during the operation. Out of these, 22 premises were found not complying with the SOP and had been given stern warning,” he said.

He explained the operation had involved 40 people including 28 MOH enforcement personnel comprising seven from the Sarawak Health Department and 21 from the Simunjan health office.

He also said similar operations will be carried out throughout Sarawak during the RMCO period in line with the reopening of many economic sectors.

“We will carry out more operations to ensure business premises comply with the SOP, in our effort to make sure everyone play their part in breaking the chain of Covid-19 transmission,” he added.