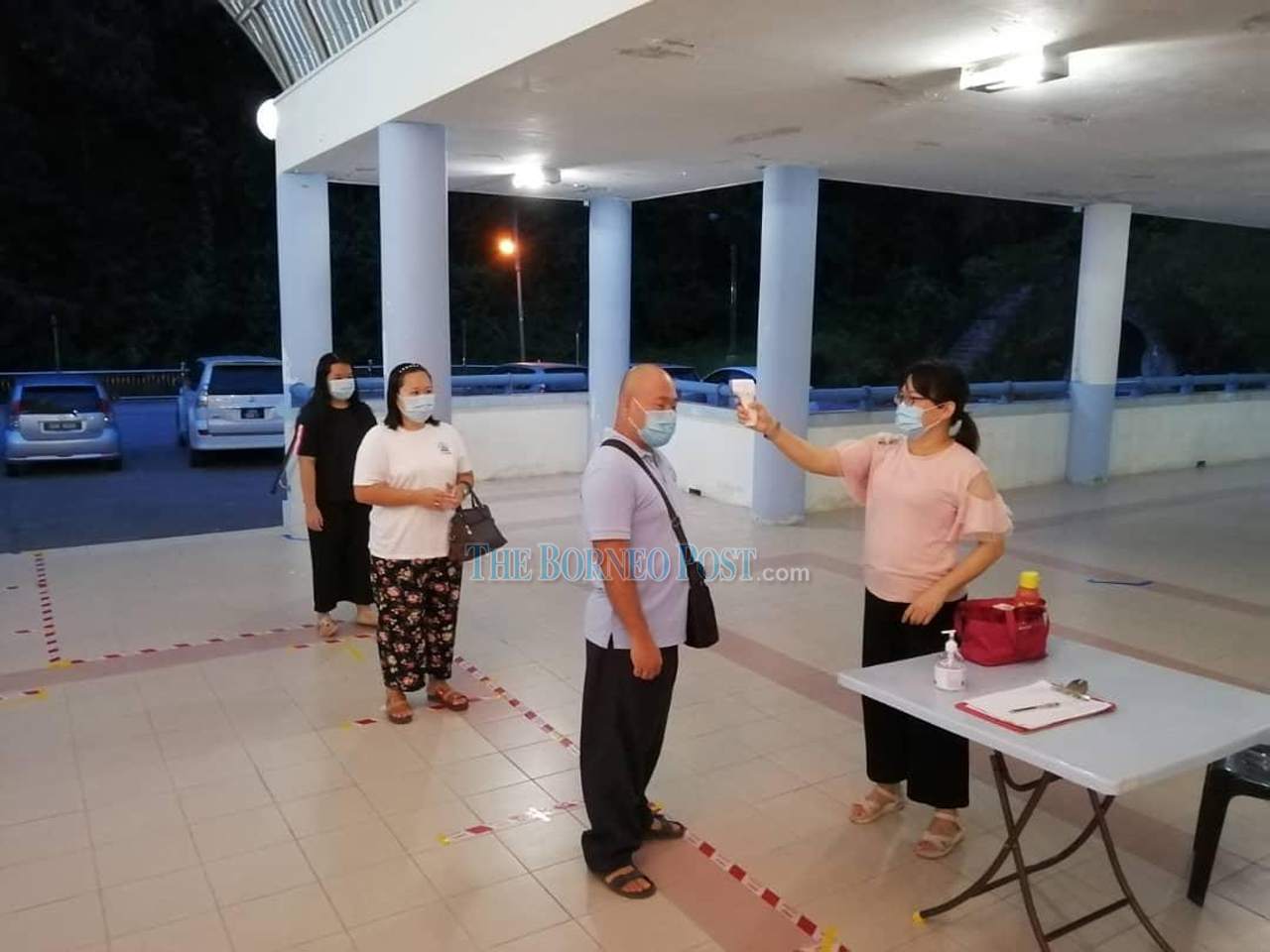 A volunteer takes the body temperature of a faithful attending the sunset mass on Saturday evening. 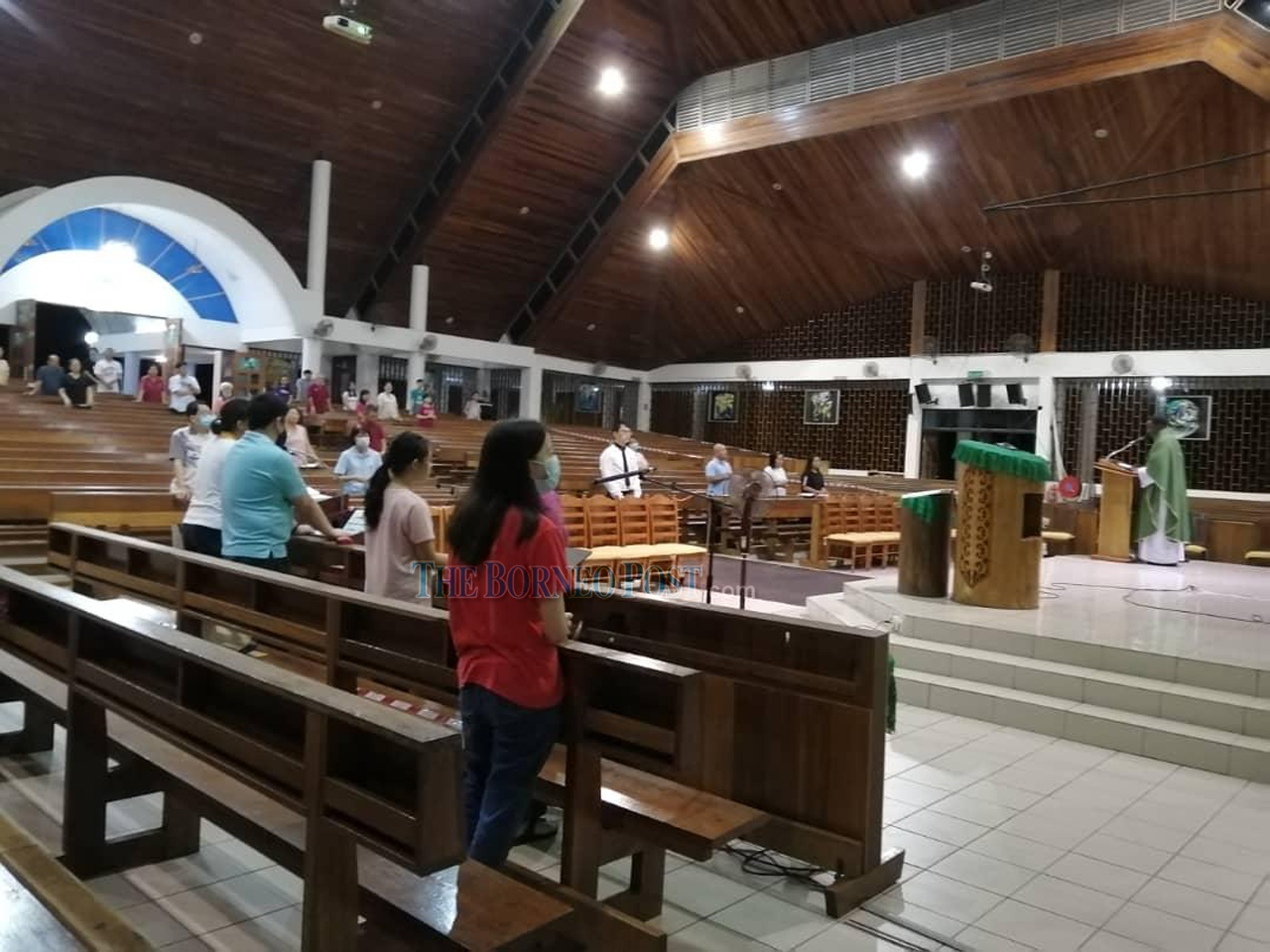 Social distancing is strictly observed inside the church.

KAPIT: Catholics here gathered on Saturday evening (June 20) to attend the first Sunset Mass at the Holy Mary Immaculate Conception Church after three months of closure due to the threat of Covid-19.

Although the one-hour long mass commenced at 7pm, volunteers turned up as early as 6pm to set up counters in front of the entrance to the church hall, where members of the congregation had their body temperature and their details like name and phone number taken in compliance with the Recovery Movement Control Order standard operating procedure (SOP).

Unit for Other Religions (Unfor) has set a maximum number of 250 congregants at each mass, depending on the size of the hall.

The mass saw only about 50 congregants.

Lucy Yong, one of the faithful who attended the mass, said she was delighted that she could attend mass at the church now after a long break, making her feel simply wonderful.

Another faithful, who only wished to be known as Grace, mentioned she was excited to be able to attend the mass at the church with fellow Catholics.

She said during the past three months she had been following the masses online.

Yesterday, two masses were conducted at the church – one at 8am and another at 10am – with attendance at each mass limited to 100 congregants.

Immediately after the masses, the parishioners carried out cleaning and sanitising of the hall to be ready for the next mass.

This is the new norm adopted by the church.

Previous ArticleSRB: No request from express boat operators for extra trips ahead of school reopening
Next Article Sarawak has lowest electricity tariffs in country — Dr Rundi