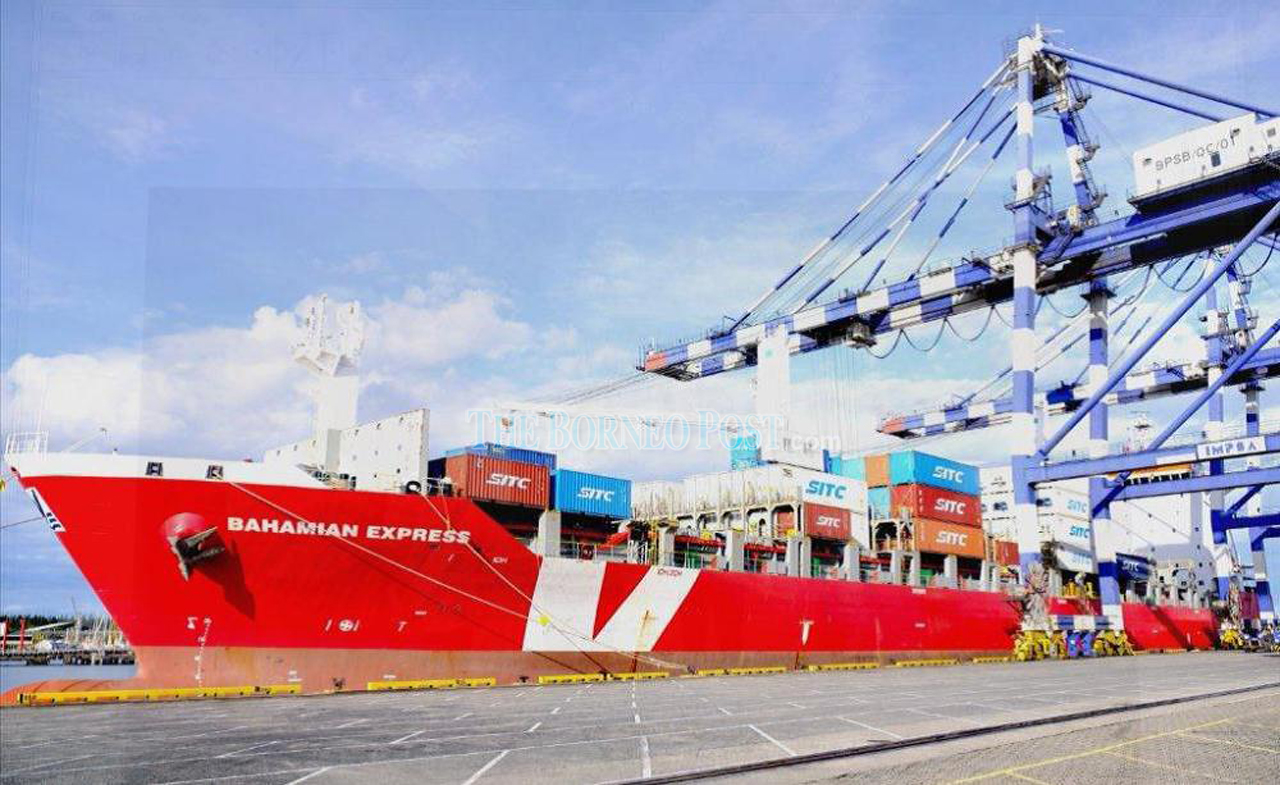 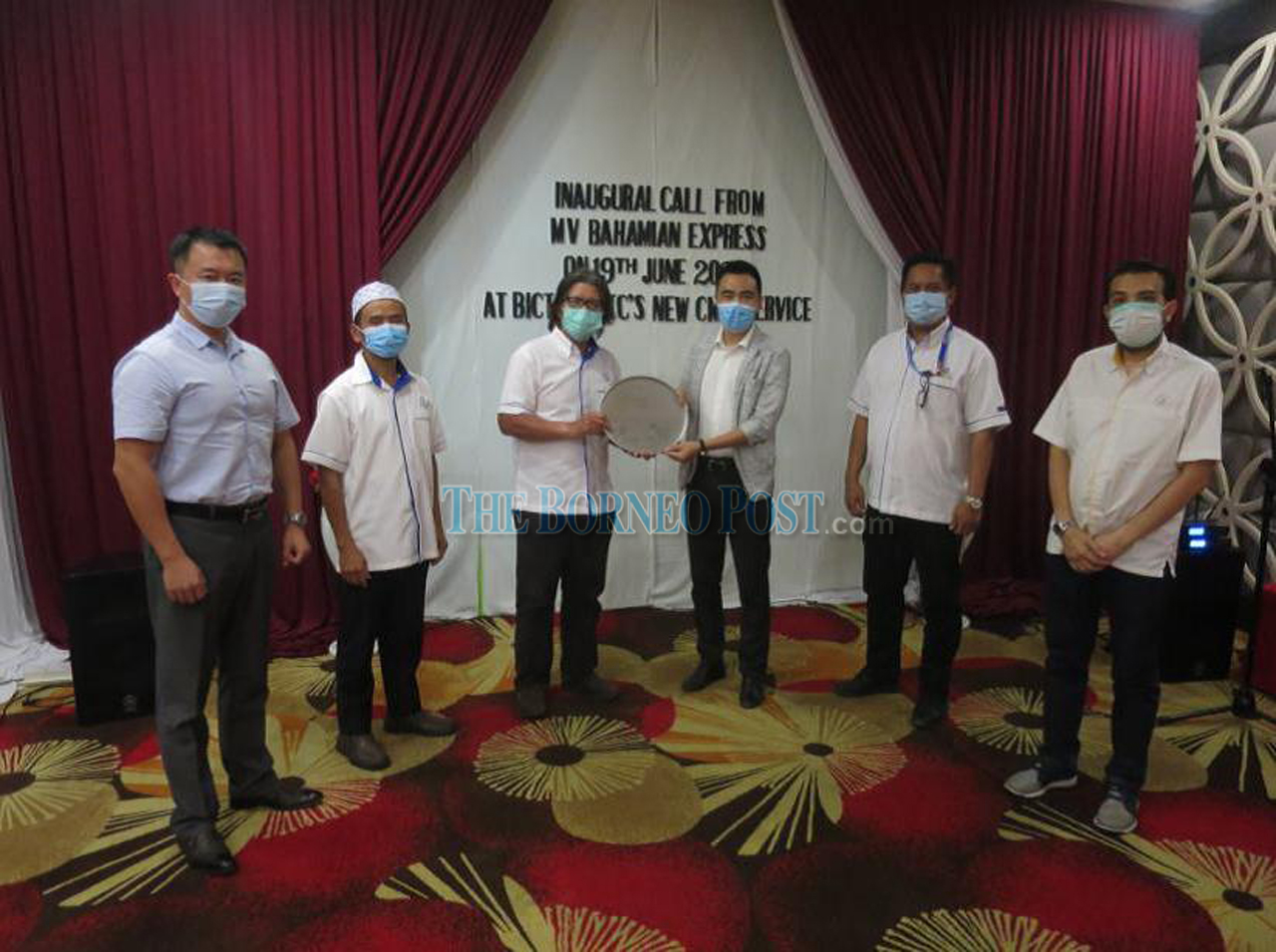 Mohammad Medan (third left) presents a memento to Xu as a token of gratitude for the continuous support and effort in making the new service call to BICT.

The terminal along with SITC celebrated the maiden voyage of the China-Malaysia-Vietnam (CMV) service following the berthing of MV Bahamian Express at BICT on June 19.

The berthing signifies the launching of SITC’s latest service route, known as CMV Service, to further enhance the connectivity between Bintulu and other major ports within the Intra Asia Trade Route, Bintulu Port Sdn Bhd (BPSB) said in a statement.

SITC Container Lines made its inaugural call to Malaysia, at BICT Bintulu Port in September 2014 and it has been growing and expanding its service routes to cater for the supply and demand chain in the region.

“Despite the slower than usual global supply chain activity during the Covid-19 pandemic, SITC has proven that it can weather the storm by adapting and generating new service routes to stay afloat during these tough times,” BPSB said.

“This will benefit local manufacturers in Sarawak and Sabah, especially Samalaju Industrial Park’s investors within Sarawak Corridor of Renewable Energy (SCORE) in terms of reduced transit time as well as cost-effective logistics arrangement,” it said.

SITC’s selection on BICT for this service signifies its confidence in Bintulu Port operational performance, it added.

“A joint marketing effort between BPSB and SITC will be carried out to simultaneously promote the CMV service and to attract more transhipment container volume to BICT, especially the import of rice from Vietnam to East Malaysia.”

Ultimately, it said the new shipping service will enhance Sarawak’s and the nation’s port competitiveness within the industry.

“BPSB recognises SITC’s efforts in making new service call and will continuously improve its service and facilities to ensure port users can benefit from efficient port turnarounds,” it said.