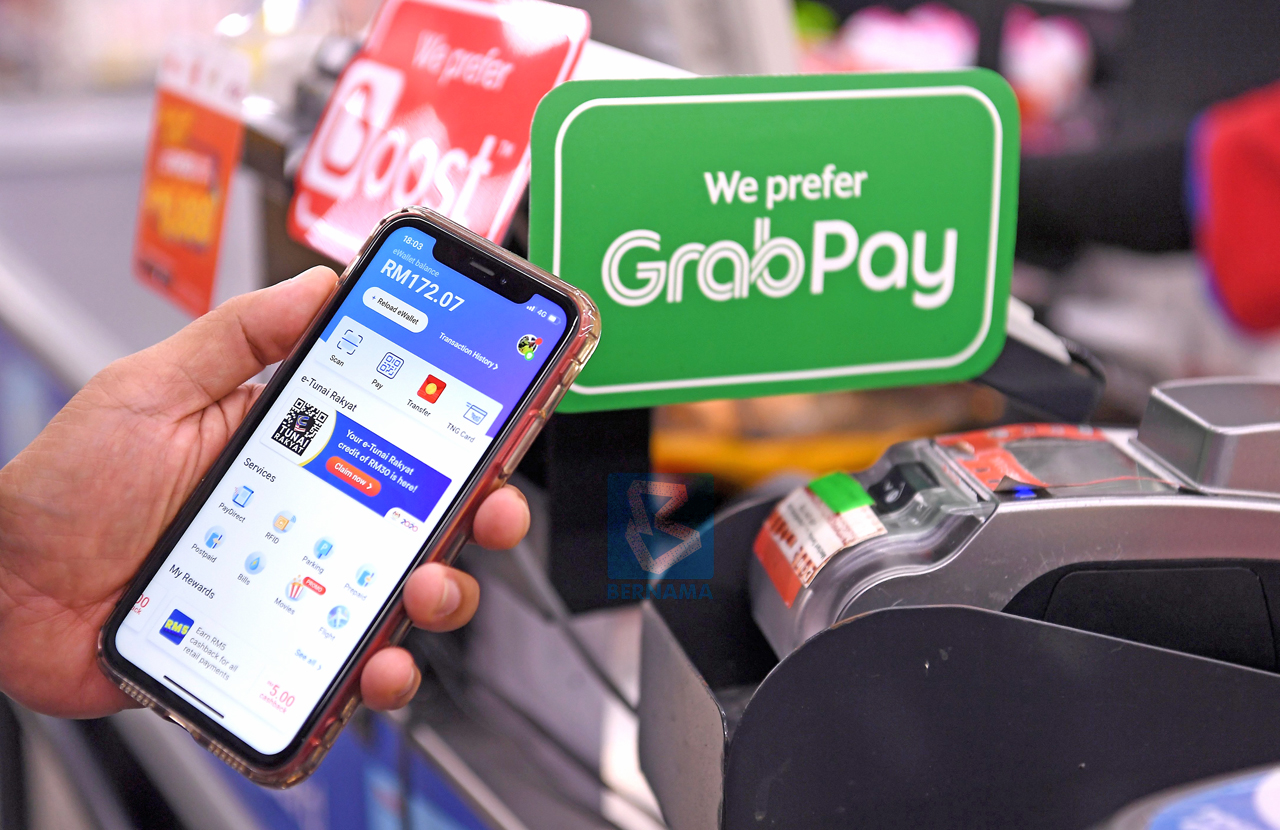 A customer is seen making their payment with their mobile phone. Bernama File Photo

KUALA LUMPUR: Malaysia leads other countries in Southeast Asia in the usage of mobile/digital wallets at 40 per cent, ahead of the Philippines (36 per cent), Thailand (27 per cent) and Singapore (26 per cent), according to a Mastercard Impact Study 2020.

As the Malaysia market edition results showed, COVID-19 that led to wide movement restrictions had driven momentum in Southeast Asia towards the digital economy by necessitating rapid adoption of e-commerce, digital payments and preference for online activities.

The report indicated that even as countries in the region start to ease the restrictions and prepare for a ‘new normal’, some of the trends and habits formed in response to the pandemic would likely remain.

The inputs were gathered from 10,000 consumers and/or business professionals across 10 markets in the Asia Pacific region.

Nearly half of the consumers surveyed in Malaysia reported an increase in online shopping during the period. Other online activities also saw heightened interest, such as surfing the Internet for news and entertainment (75 per cent), online video streaming (57 per cent), social networking (55 per cent) and home delivery of food or groceries (50 per cent).

Additionally, about 64 per cent of Malaysians said they will conduct online shopping in the same frequency as currently or before the pandemic, even after restrictions are lifted.

Similarly, consumers expect to continue home deliveries (54 per cent) and working from home (45 per cent).

Malaysian consumers also shifted to other payment methods other than mobile/digital wallet, such as contactless debit cards (26 per cent) and contactless credit cards (22 per cent), while cash usage declined 64 per cent since the beginning of the COVID-19 pandemic.

Singapore, the Philippines and Thailand also reduced their cash usage by 67 per cent, 64 per cent and 59 per cent respectively, with a similar uptick seen in use among all contactless payment methods.

Malaysia’s digital activities especially online shopping and usage of digital payments, were also higher in comparison to other markets in Southeast Asia.

In April, consumers in Malaysia were doing 18 per cent more cashless payments including mobile and QR payments, as compared to 16 per cent in the Philippines, 15 per cent in Singapore, and 15 per cent in Thailand.

On the contactless cards (both debit and credit), Malaysia tied with Singapore with approximately 24 per cent of consumers in both markets saying they were using contactless payments more.

Meanwhile, Southeast Asia Emerging Markets, Mastercard division president Safdar Khan said the company was committed to using the power of data to enable businesses of all sizes to adapt and evolve alongside consumers’ changing needs, preferences and behaviours through e-commerce tools, increasing contactless payment limits, and spearheading the shift to contactless across the region.

“By putting consumer sentiment and concerns at the core of all decisions, businesses and governments will be able to move with greater confidence from this current situation, and mitigate the adverse impact of future crises,” he said. – Bernama