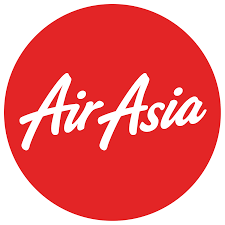 KUALA LUMPUR: AirAsia registered its highest post-hibernation sale day Tuesday with 41,000 seats sold in a single day across the group, signifying what it described as “a strong rebound” in demand for air travel.

Some of the most popular routes booked include Kota Kinabalu and Kuching to Kuala Lumpur for Malaysia and Bangkok to Chiang Mai and Hat Yai for Thailand.

The most popular routes for the Philippines include Manila to Puerto Princesa and Davao, while for India, they are Delhi to Srinagar and Bengaluru to Hyderabad and for Indonesia, Jakarta to Denpasar and Medan.

The group’s load factor averaged around 50 per cent with AirAsia Malaysia hitting 70 per cent, its highest load factor post-hibernation Tuesday.

“We are encouraged by this positive trend and we foresee this will continue in the coming weeks.

“We are aiming to increase our flight frequencies to around 50 per cent of our pre-Covid operations and we look forward to resuming all domestic routes in the coming weeks and months to cater to the increasing demand,” he said in a statement today.

He said the airline looked forward to the reopening of international borders as air transport provided the connectivity that was essential for the resumption of economic activities and the global recovery efforts.

Fernandes also said the airline would extend its AirAsia Unlimited Pass to other markets soon following its overwhelming demand in Malaysia. — Bernama