Thursday, October 22
You are at:Home»News»Brothers set up first fig farm in state 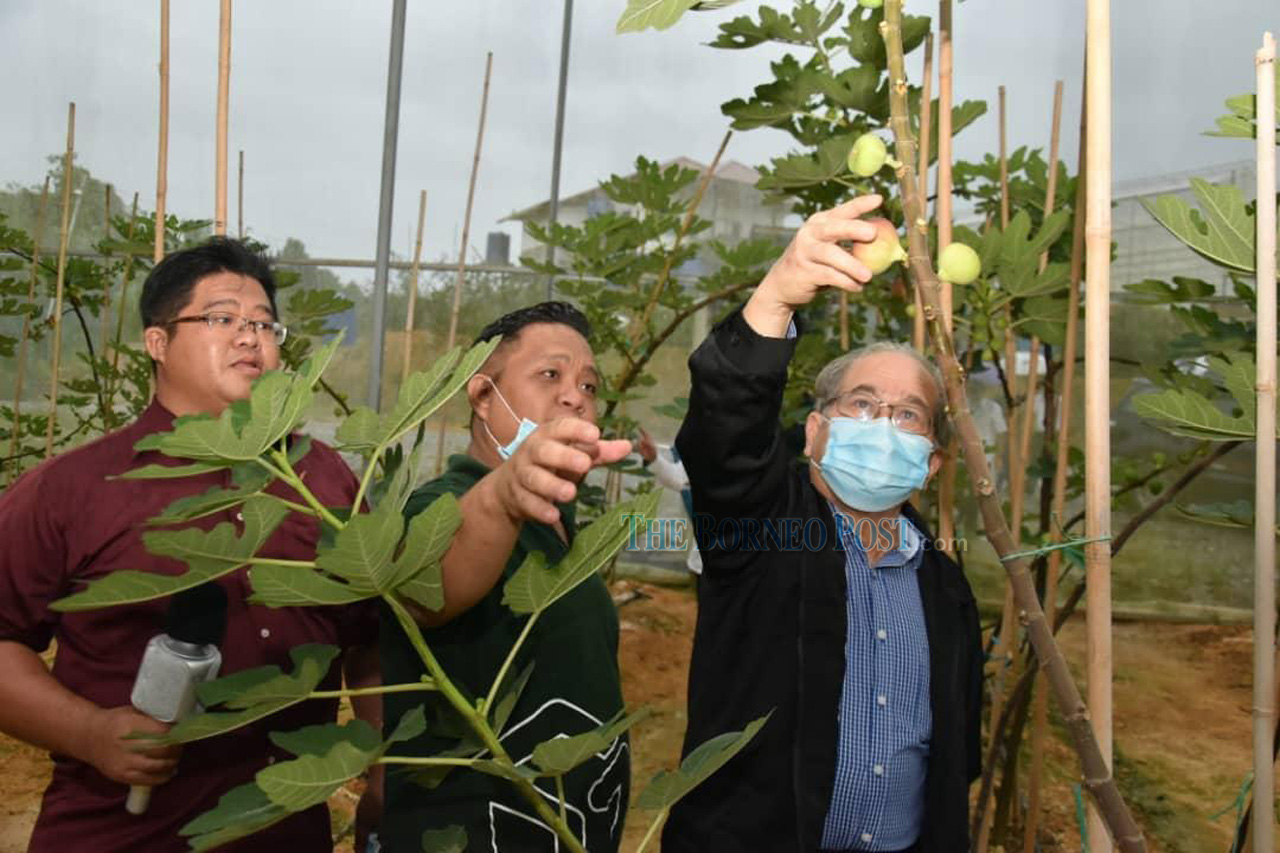 BINTANGOR: Two young farmers here are the first to start a fig fruit garden in the state.

Deputy Chief Minister Datuk Amar Douglas Uggah Embas, who is the Minister of Agriculture, Native Land and Regional Development (Manred), visited the farm at Kampung Menyelang near here on Tuesday.

“What we have seen is they are using the greenhouse concept which is modern farming.

“This is the type of agriculture being promoted by our Chief Minister Datuk Patinggi Abang Johari Tun Openg.

“It is in line with the modernising of agriculture and bringing precision farming to Sarawak,” he said.

He added that the project was worthy of emulation by young farmers.

“We could see that within the controlled environment of the greenhouses they had been successful in pest control to boost production,” he pointed out.

He said the company was also collaborating with a Singapore firm to help them in marketing their products such as dried fig, fresh fig and fig jam, and was looking at expanding its product processing.

The company is started by a group led by two brothers Johnny Tiong Chu Sin who is the managing director and Thomas Tiong.

The farm which started last year is sited on 95 hectares of land and has 11 greenhouses.

According to Johnny, the farm started with an investment of RM2.5 million.

“Each tree can produce about 10 kg each year,” he said.