Wednesday, June 23
You are at:Home»World»Brits banned from working in Singapore for lockdown pub crawl 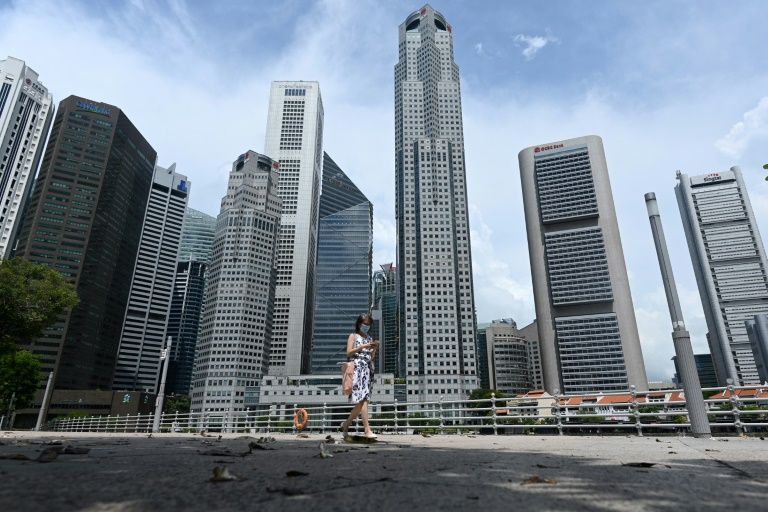 Four British men have been banned from working in Singapore after going on a pub crawl in a breach of coronavirus curbs that sparked fury in the city-state, authorities said.

Singapore has been hit by a serious outbreak with tens of thousands of infections detected in dormitories housing foreign workers.

In April it imposed a partial lockdown to contain the virus, with people only allowed to leave their homes for essential purposes. Social gatherings were banned.

The Britons, all in their 30s, met at a popular bar and restaurant district in May when restrictions were still in place.

The men went to three bars and drank beer outside for about 45 minutes, local media reported. At the time, customers were allowed to order takeaway alcohol but not drink inside the premises.

Pictures of the group drinking outside circulated widely on social media, with some angrily complaining that foreigners were breaching restrictions at a time Singaporeans were being charged for violations.

They “knew but did not care that they were breaking the law by engaging in a pub crawl,” a prosecutor said this week during a court hearing after the men pleaded guilty to breaking virus rules, according to local broadcaster CNA.

They were fined Sg$9,000 (US$6,500) each, and the ministry of manpower Thursday revoked their work permits and banned them from working in the city-state.

People are typically allowed to stay in Singapore for some time after their work passes are cancelled.

An American couple were also fined and banned from working in Singapore after they went to buy food in the same area, and stopped to buy takeaway beer.

They then offered a beer to an Austrian man, and the trio chatted for half an hour. The Austrian, a Singapore permanent resident, was fined. – AFP