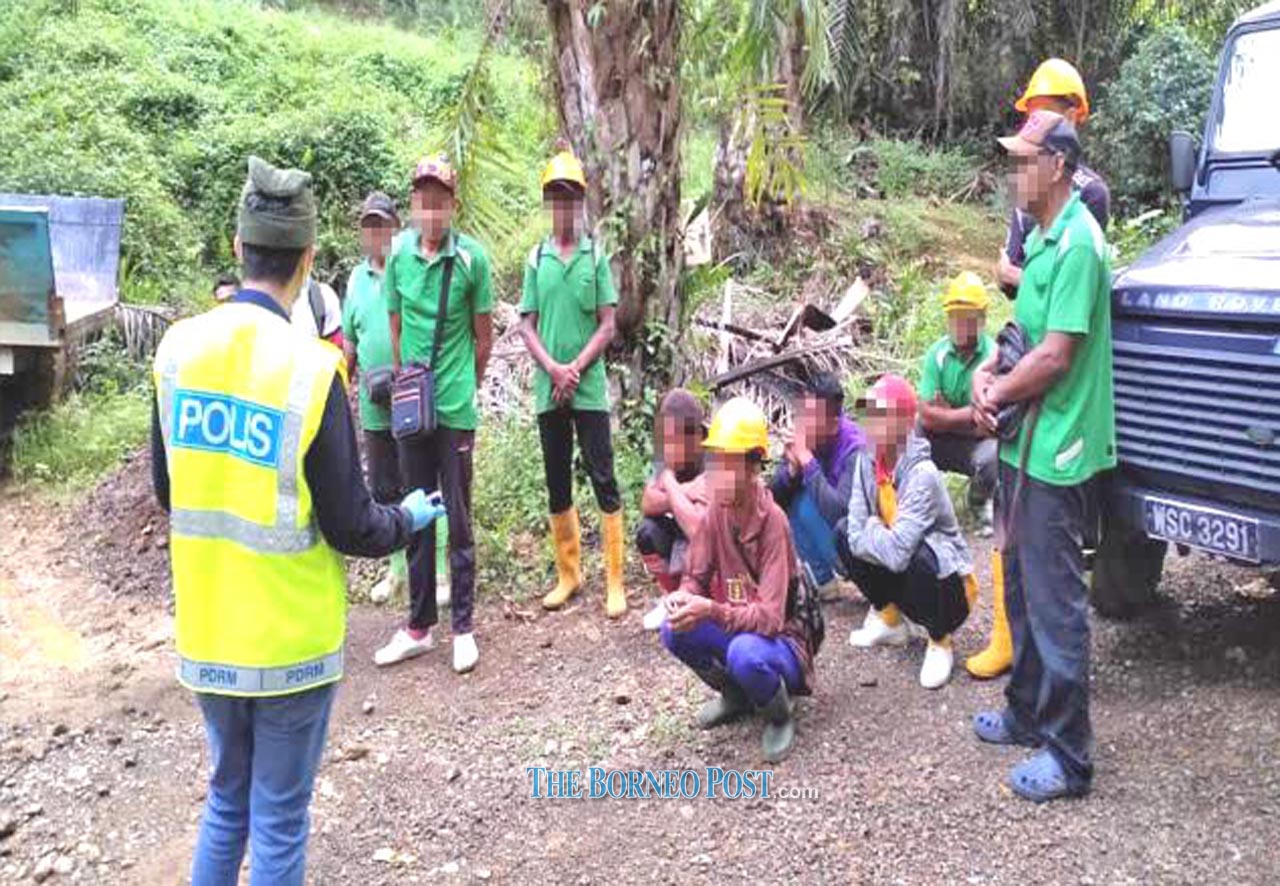 The foreigners being rounded up at the oil palm plantation in Serian.

KUCHING: Twenty-six foreigners have been arrested under the ‘Ops Benteng Covid’, conducted by the General Operations Force (GOF) in Serian.

The two-day operation, which kicked off on Thursday, focused on close monitoring of ‘jalan tikus’ (illegal routes) connecting Sarawak to Kalimantan, Indonesia. Those arrested, all men, were found to have entered Sarawak without any valid travelling documents. 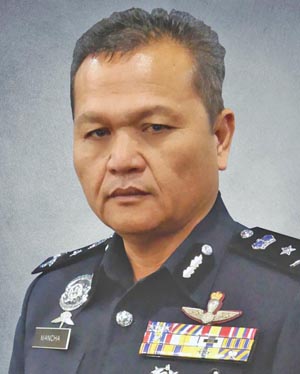 “The first arrest was of a 31-year-old man, found to be without any valid travel document – he was apprehended at a site near the cemetery of Kampung Entubuh in Tebedu on June 25,” he said in a statement yesterday.

The man, said Mancha, would remain in detention pending investigation under Section 6(1)(c) of Immigration Act 1953/69.

Also on the same day, GOF personnel arrested six men at one of the ‘jalan tikus’ in Kampung Tong Nibong, Serian.

“We also seized two motorcycles, worth about RM5,000, from this group, and a foreign passport,” added Mancha.

On June 26 around 6.30am, a GOF team assigned for patrolling duties around an oil palm plantation in Serian nabbed 19 men who were without valid travel documents or work permits.

“The suspects were walking around the plantation when they were spotted,” said Mancha.

Mancha said the 26 foreigners had been handed over to Serian District police for further action.

“GOF Sarawak will continue similar operations to detect those who are in cahoots with the illegal immigrants (in making illegal entries) along the Sarawak-Kalimantan border,” he added.