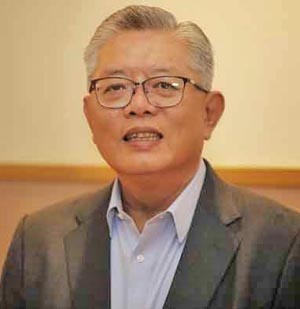 “I am angry to learn that the second victim succumbed to rabies after being bitten by a rabid dog on May 12. If the dog owners continue the existing habit of letting their pets out on the streets, there would be more deaths from rabies,” he said in his Facebook post yesterday.

Health director-general Datuk Dr Noor Hisham Abdullah confirmed in a press statement on Friday that the 62-year-old man from Sibu, who was bitten on his right calf by a relative’s dog while visiting on May 12, died at 7pm on June 23 while receiving intensive care.

“He was confirmed infected with rabies by Institute for Medical Research (IMR)’s laboratory test on June 25,” said Dr Noor Hisham.

Ting reminded the public to keep their dogs within their house compounds and not to walk at neighbourhoods with strays. He disclosed that he had received many requests to catch dogs roaming on the streets.

“SMC’s dog-catching team has only five personnel who can only attend to limited number of requests. SMC needs public cooperation to eradicate this menace, which is endangering public health, once and for all,” he stressed.