Sunday, August 9
You are at:Home»Business»Controversy opens field for 5G competitors 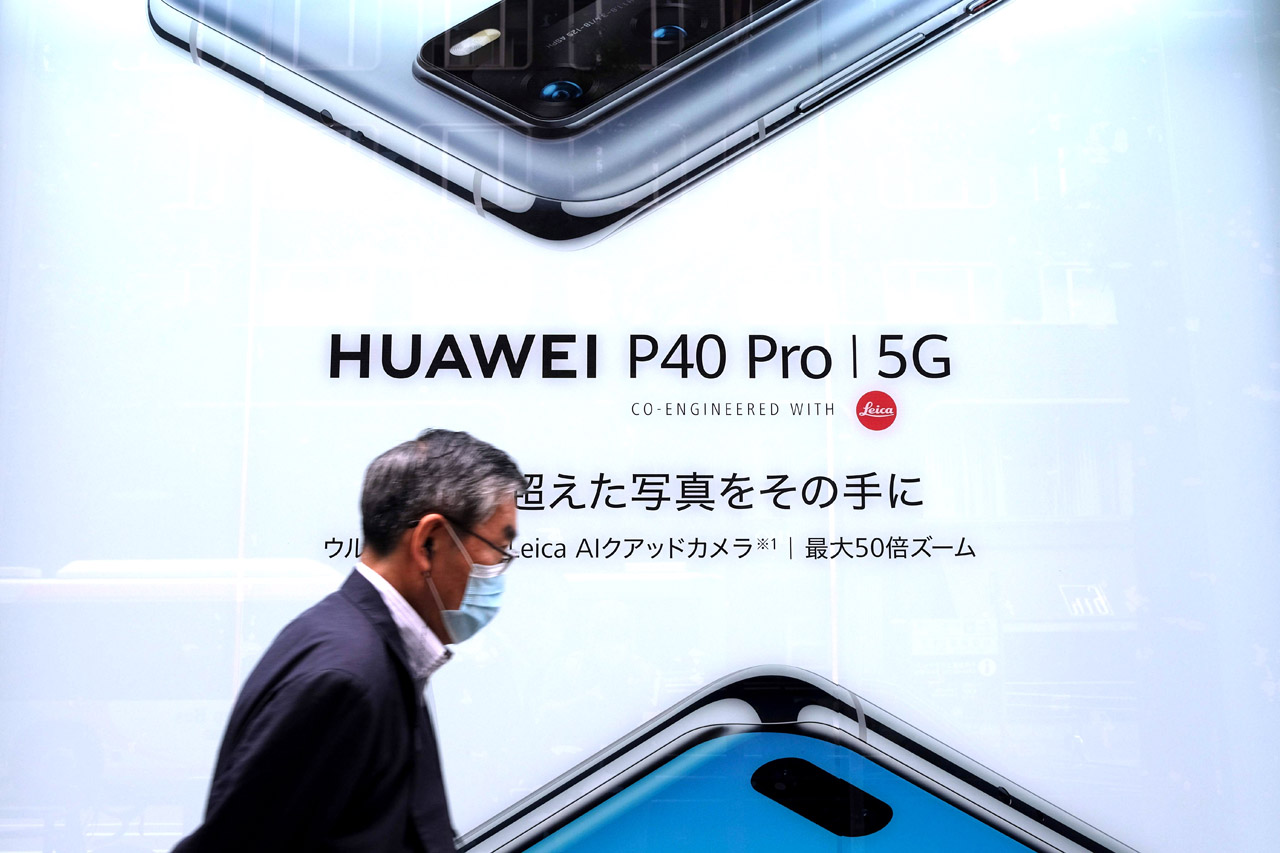 A man walks past an advertisement for the latest smartphone by Chinese telecommunications company Huawei in Tokyo.

TOKYO: With growing pressure to keep China’s Huawei out of 5G network development, it could be time for firms like Japan’s NEC and South Korea’s Samsung to shine.

Washington has pushed allies to bar Huawei, a Chinese telecom giant, from building next-generation 5G mobile networks, claiming its equipment can be used to spy for Beijing.

Huawei denies the charges, but US pressure has prompted an about-turn in Britain.

The government had already pledged to cut the firm out of the most sensitive ‘core’ elements of 5G that access personal data, and is now reportedly pushing for plans to end Huawei’s involvement in Britain’s 5G infrastructure by 2023.

But excluding Huawei is not without challenges, because there are currently only two alternatives in Europe for 5G equipment such as antennas and relay masts: Finland’s Nokia and Sweden’s Ericsson.

Britain has encouraged Washington to form a club of 10 democratic nations that could develop its own 5G technology, but there has been little movement so far.

“The vast majority of the commercial networks sold in the world come from the big three,” said Sylvain Chevallier, in charge of telecoms at BearingPoint consultancy, referring to Huawei, Nokia and Ericsson.

“But a world of three is not good for operators, and if it goes down to two it will be worse still,” he told AFP.

That leaves a tempting potential opening for telecoms firms like Samsung and NEC. But building a successful 5G network is no simple task.

That is a lesson Samsung has already learned. Despite being a major player in 3G, it found itself unable to compete with the big three on 4G and struggled to win commercial contracts.

“This has been a challenge for Samsung,” said Daryl Schoolar, a mobile technology specialist at consulting group Omdia.

In building its 5G network, Samsung has so far focused on North America and parts of the Asia-Pacific region.

“So while operators may feel uncertain about Samsung Networks, they are much further along in the process of being a global presence than NEC,” Schoolar added.

NEC does have some advantages, including a partnership in Japan with mobile operator Rakuten.

The firms have already cooperated on a 4G network and are now jointly developing a 5G system.

The Japanese firm is also a leader on undersea cables, fibre optic networks and — thanks to its affiliate Netcracker — ogistics management software.

“Netcracker has a strong presence with operators in Europe, which could be a real entry point for NEC,” said Stephane Teral, chief telecoms analyst at LightCounting, a market research firm.

NEC is tightlipped about its contracts for mobile networks, saying only that it is holding feasibility demonstrations for “a number of customers and we are engaged in commercial discussions with others”.

Britain’s government has reportedly asked both NEC and Samsung to take part in demonstrations as it looks to diversify its 5G options.

And on Thursday, NEC announced a tie-up with Japanese operator NTT intended in part to speed up the development of a 5G network.

Samsung and NEC joined forces two years ago and have launched a joint marketing team to offer 5G products to European and Asian markets.

Still, the path ahead will be tough, said Schoolar.

“I think it’s a major challenge for NEC. It requires more than radios, it requires investing in people who can do system integration, sales, customer support, network design and engineering,” he said.

“Plus NEC will need to build operator trust that they will be there to support them in five to 10 years as those 5G networks evolve.”

Washington has backed the use of non-proprietary technology like Open RAN in 5G development, hoping it will provide an entry point for US firms.

Such a move would open up opportunities for NEC, allowing them to “create an economic model that would shake up traditional equipment manufacturers,” said Chevallier. — AFP