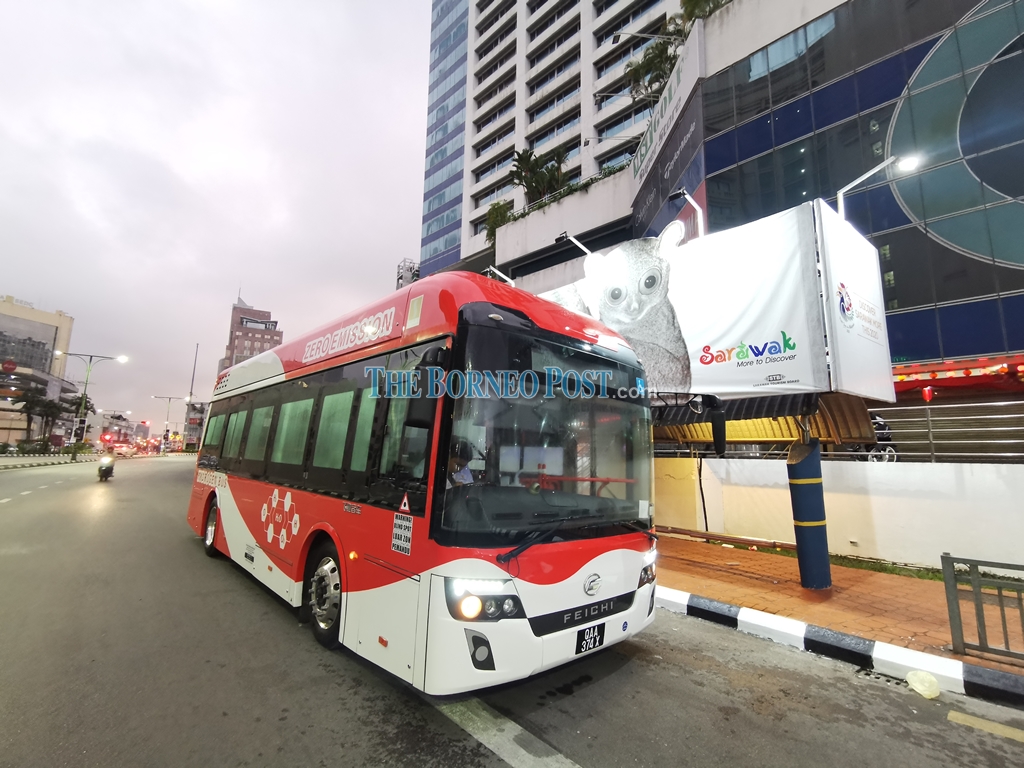 Sarawak DAP chairman Chong Chieng Jen has called on the state government to review the hydrogen bus project and to address the real problem here that is the lack of public transport. – File photo

KUCHING: Sarawak DAP chairman Chong Chieng Jen has called on the state government to review the hydrogen bus project and to address the real problem here that is the lack of public transport.

Chong, who is Stampin MP and Kota Sentosa assemblyman, made the call after waiting for about half an hour for the hydrogen bus at a pick up point here this morning.

“On normal days, the hydrogen bus is supposed to depart from the bus stop in front of Riverside Majestic at 9am. But we have waited here since 8.45am until 9.20am and there is no bus coming.

“In fact, I think the hydrogen buses have been grounded for whatever reason. I was informed that there was a technical problem with the buses,” he told reporters at the bus stop.

The Borneo Post has reached out to Sarawak Economic Development Corporation (SEDC), which operates the buses, and is awaiting its response.

Like other public transport in Malaysia, the hydrogen bus service, which was launched earlier this year, came to a halt for some three months due to the Covid-19 pandemic.

It is unclear if the service is back in operation although the state has allowed stage buses to resume gradually under strict standard operating procedures from the end of last month.

Chong said instead of addressing the core problem of public transport in Kuching that is non-existent and inefficient, the state government had gone off on a tangent by proposing the hydrogen bus project.

He added that he had already commented that the hydrogen-powered bus was not practical when it was announced in 2017 and that what was needed was a total revamp of the public bus system.

“In 2018, when the buses were supposed to be running, I also cautioned about the buses being too expensive and that the technology is still immature with a lot of problems with hydrogen fuel cell,” he said.

Chong called on the government to review the project and be pragmatic in addressing the real problem.

“Also, reveal how much money have been spent on this project, including the support systems and the plants. How much have been incurred by the state government?” he added.

Among those who waited for the bus with Chong were Bandar Kuching MP Dr Kelvin Yii, Padungan assemblyman Wong King Wei, and Pending assemblywoman Violet Yong.