Friday, December 3
You are at:Home»News»East Malaysian public will back Shafie as PM — Political analyst 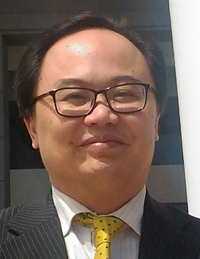 This would be in contrast to the thinking among the ‘political class’ who would view the proposal with some cynicism, reckoned Chin, who is professor of Asian studies at University of Tasmania, Australia.

“I think there is a lot of support from ordinary people in Sabah and Sarawak over this proposal. Most people here think it’s time someone from the Borneo states is given the chance to sit in the prime minister or its deputy’s post,” said Chin when contacted yesterday.

Chin said there were those who believed that the ‘Shafie as PM’ proposal was simply an attempt by the opposition to win support from Gabungan Parti Sarawak (GPS), who has 18 MPs in Parliament.

There were also those who thought of it as just another way to prevent Anwar from assuming the prime minister’s post, he added.

“In any case, I believe it is still too early to speculate and the reactions toward the proposal from the Malay grassroots in Peninsular Malaysia should come in the next 24 hours.

“It is also not clear if Shafie is the official Pakatan Harapan (PH) candidate for the prime minister’s position, as PKR has kept quiet over the nomination.”

Regardless, Chin said it was good news that precedence had been broken with Mohd Shafie – a candidate from a Malaysian Borneo state – being considered for the top office in the country.

“My personal view is that Shafie can probably do the prime ministerial job, but he will face a lot of opposition from the Malayan politicians.”

Nonetheless, he said it must be noted that Shafie had not formally accepted the nomination for the top job, nor had there been any official media statement issued by him or his party, Parti Warisan Sabah.