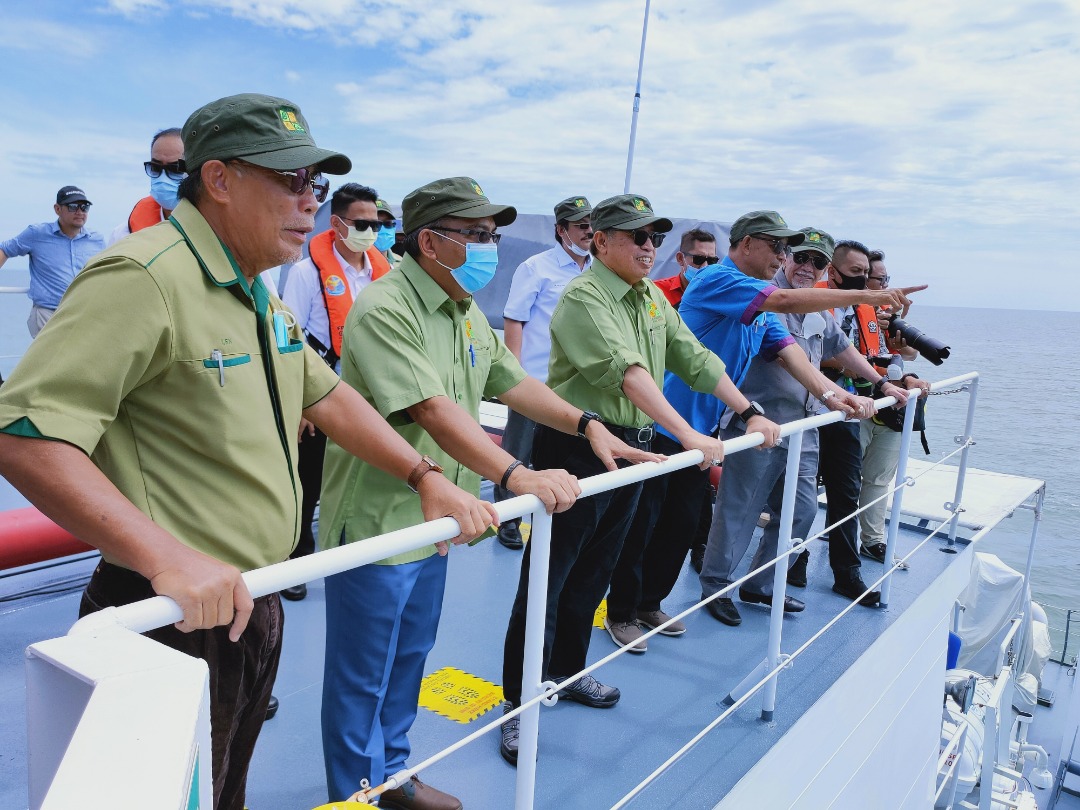 (From third left) Abang Johari alongside Abdul Karim, Wan Junaidi and others standing at the ship’s deck during the launching ceremony. – Photo by SFC

SFC said the deployment which started today will take about one week to complete.

“This is part of the Sarawak Reef Ball Project (SRBP), which is inspired by Chief Minister Datuk Patinggi Abang Johari Tun Openg’s great vision for conservation and protection.

“The project, kicked off in 2018, aims to deploy 17,200 reef balls along the whole coastline of Sarawak – from Tanjung Datu to Lawas, to protect and conserve marine ecosystems, to create new eco-tourism sites for scuba diving and sport fishing.

“This will improve local community’s livelihood by enhance marine resources and protect their fishing grounds from illegal trawling activities,” the corporation said in a statement today.

Abang Johari, who is also SFC chairman, said the SRBP was an exemplary conservation project that had not only benefited the marine wildlife and ecosystem, but also improving the livelihood of local fishermen.

This was evident by the success in the waters of Sematan and Belawai where the amount of catches had improved significantly after reef balls had been deployed, he added.

“As we progressively keep the Sarawak’s coastal waters away from illegal trawlers, marine species would be able to grow and reproduce and local fishermen living along the shores can have better catch and income,” he said at the launching ceremony.

With the corporation showing exemplary steadfastness in being persistent and resolute in seeing to its implementation, the chief minister had set aside a substantial allocation of RM70 million to finance the project.