Wednesday, May 12
You are at:Home»News»Nation»RMCO: Theme parks, cinemas to reopen with SOP compliance 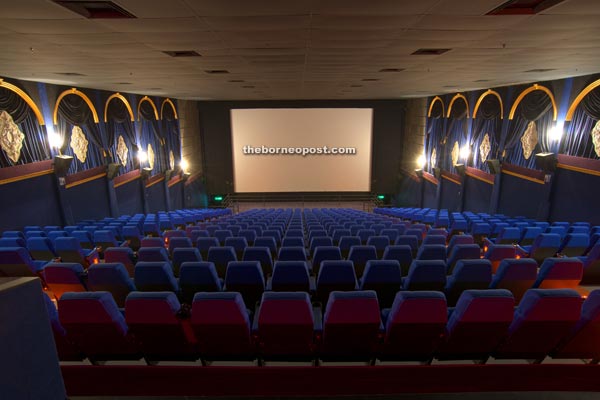 KUALA LUMPUR: The reopening of theme parks, including water parks from Wednesday (July 1) during the Recovery Movement Control Order (RMCO) will not only revive economic activities for industry players but also provide opportunities for the public to enjoy some rest and recreation with their families.

Among the key SOPs are ensuring social distancing at all times, temperature checks of visitors at the main entrance and ensuring that the number of people allowed is in accordance with the space capacity and size of the theme park areas.

Sunway Theme Park executive director Calvin Ho said he would ensure its parks’ level of cleanliness and that compliance of the SOP was maintained at the highest level for the safety of visitors.

“We, at Sunway Lagoon, Selangor and Lost World of Tambun in Perak, will ensure that visitors comply with social distancing and we will also provide them with disinfectants,” he said when he appeared as an online guest on Bernama TV’s ‘Malaysian Petang Ini’ programme today.

Ho said they would also limit the number of visitors to just 30 percent of the total capacity or 15,000 visitors a day instead of 50,000.

“We will also check our water quality regularly, including tests by an independent third-party water quality control contractor. We are always in constant contact with the MOH (Health Ministry) to ensure that factual information is channelled to the public in a consistent manner,” he said.

Meanwhile, MBO Cinemas said it would ensure that cleanliness is practised at all times, including cleaning and disinfection exercises in the cinema lobby, walkways, ticket counters and the whole premises before and after operations.

As for ticket prices for each show, he said it would be decided after taking into account the entire preparation made for the reopening of cinemas.

On the number of viewers to be allowed into each movie hall, Cheah said it would be done in accordance with the SOP that allows a maximum of 250 viewers per session depending on the hall size.