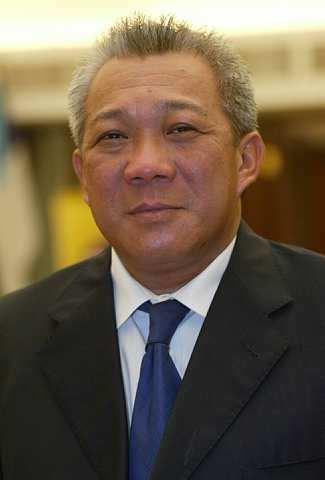 Bung said that he was not questioning Shafie’s capability and as a Sabahan, he would be very proud if the matter became a reality.

“However Tun Dr Mahathir made the proposal for his own personal political interest and he wanted to calm Shafie and PKR president Datuk Seri Anwar Ibrahim,” opined Bung Moktar.

The Kinabatangan Member of Parliament claimed that Mahathir’s proposal clearly showed his vengeful intention to set Anwar aside, adding that the move was odd and reflected that the former premier’s mind was confused.

“That is why I find the proposal funny,” said Bung who was of the opinion that Mahathir who had lost the support of PKR, DAP and Amanah was trying to confuse the public by shifting his support to Shafie.

He pointed out that Shafie would not be appointed Prime Minister as he would not get the support of all parties in PH and this was coupled with the fact that the party he represented was not a national one which only has eight MPs.

He said that the proposal was therefore not logical and was made only for personal interest as well as to also shift the attention of Sabahans from the Warisan-led government which is now shaky.

“Tun Dr Mahathir is partyless therefore his proposal is part of his continuous effort to bring Tan Sri Muhyiddin Yassin down,” he added.