Wednesday, July 8
You are at:Home»News»Sabah»1,320 members quit from Warisan in Sandakan 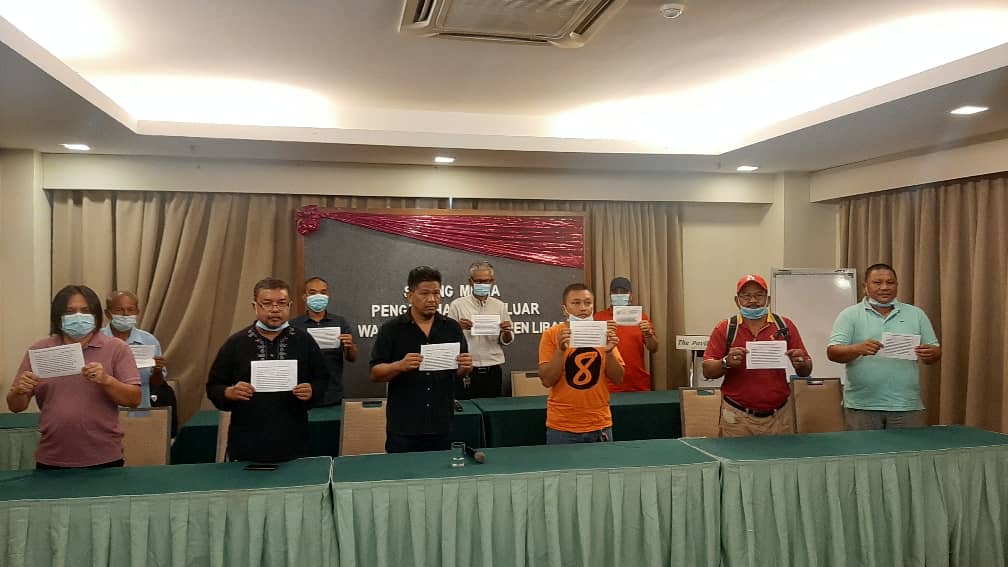 SANDAKAN: A total of 1,320 members of Parti Warisan Sabah (Warisan) from 12 branches in Libaran Parliament have announced quitting the party immediately, yesterday.

Out of the 12 branches, 11 branches are under Sungai Sibuga State Seat while one branch is under Gum-Gum State Seat.

Kampung Seri Ujung 2 Branch Chief, Nolokman Tamal represented all the 12 branches and said that they unanimously decided to quit Warisan after they have lost trust in the party’s leadership.

“Our issue is the same as the issue faced by other branches – we have lost the trust in the party’s leadership. Other than that, all our branches are not registered under the Registry of Societies (ROS) Malaysia, when we have already submitted the forms before the last General Election,” he said.

Commenting further, Nolokman said that the decision to quit the party was not driven by any other parties, but it is their own will.

He said that all the members and himself will choose to be independent after they leave Warisan.

Last Friday, over 1,000 Warisan members from 11 branches in Airport and Sibugal District Voting Centre in Libaran had also announced quitting the party.