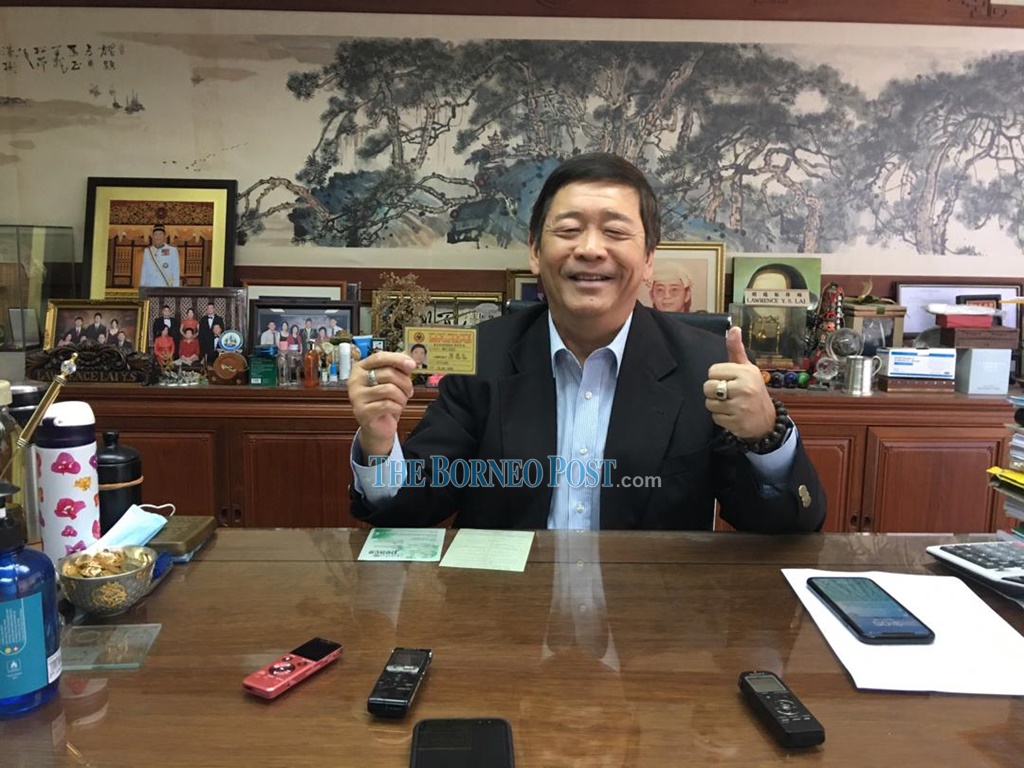 He told a press conference at his law firm here today that he was still with SUPP, which he joined in 1990.

“There has been a lot of rumours and speculations lately that I have joined other political parties with the intention to contest in the next state election.

“Such rumours and speculations have also been reported in the news recently. Today, I wish to clarify that I have always been a member of SUPP for over 30 years now,” he said.

Asked if he is interested to contest in the next state election, Lai said he was willing to offer his services to SUPP or Gabungan Parti Sarawak (GPS) if needed.

“For Senadin and Piasau, we already have Datuk Lee Kim Shin and Datuk Sebastian Ting respectively, and they have given very good service to their constituents.

“Only Pujut is vacant now, and I would be honoured if I were to be given a chance to stand there,” he said. Lee and Ting are both from SUPP.

The Pujut seat was vacated after the Federal Court disqualified Democratic Action Party’s Dr Ting Tiong Choon as the assemblyman due to his past dual citizenship.

Despite Ting’s disqualification on Feb 11 this year, no by-election was held to replace him as it is less than two years until the current term is due.

When asked on whether other political parties had offered him to stand as their candidate in any of the three seats here, Lai was tight lipped.

“What is important is that I am still a SUPP member,” he quipped.