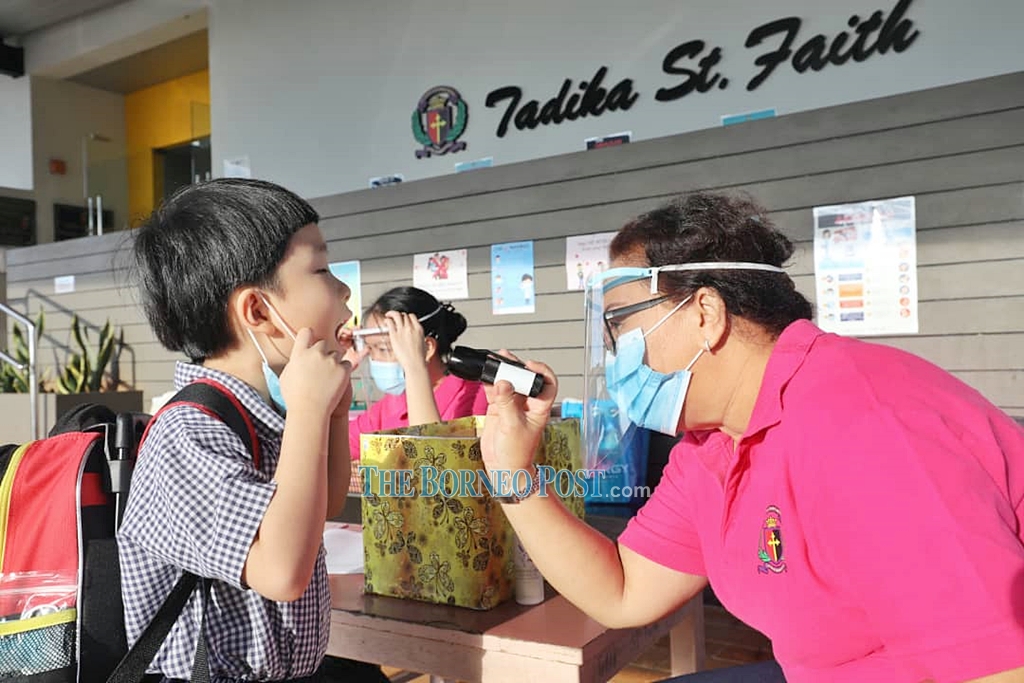 A young boy has his mouth checked by kindergarten staff before being allowed to enter the premises. Photo by Chimon Upon

KUCHING: Teachers and staff of St Faith Kindergarten are excited and looking forward to the first day of the reopening of kindergartens today since the Movement Control Order was introduced three months ago.

St Faith Kindergarten has about 300 students in total divided into ten classes. 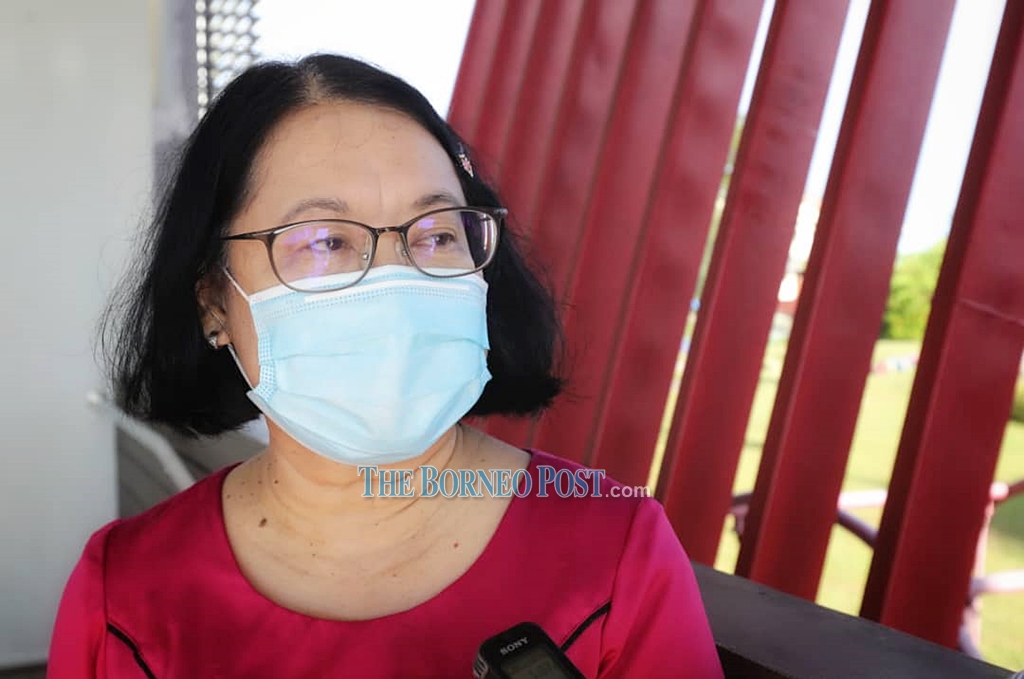 “Less is good for us for a start so that we can settle in slowly with staggered classes, and initial monitoring is much easier this week,” Gawing told The Borneo Post.

“We’re slowly gearing in for another batch of five year old students next week in anticipation of full operations as the month goes on.

“We are very excited because we have not met the children for three months and at the same time we are concerned how the parents responded to the opening of the kindergarten, but so far so good,” she said.

From the observations of the arrival of students from 7am this morning, full Standard Operating Procedures (SOP) were already in place such as temperature checks, hand and mouth screenings and hand sanitising before entering their classes.

Apart from that, parents were also asked to submit the Health Declaration Form to teachers upon arrival. 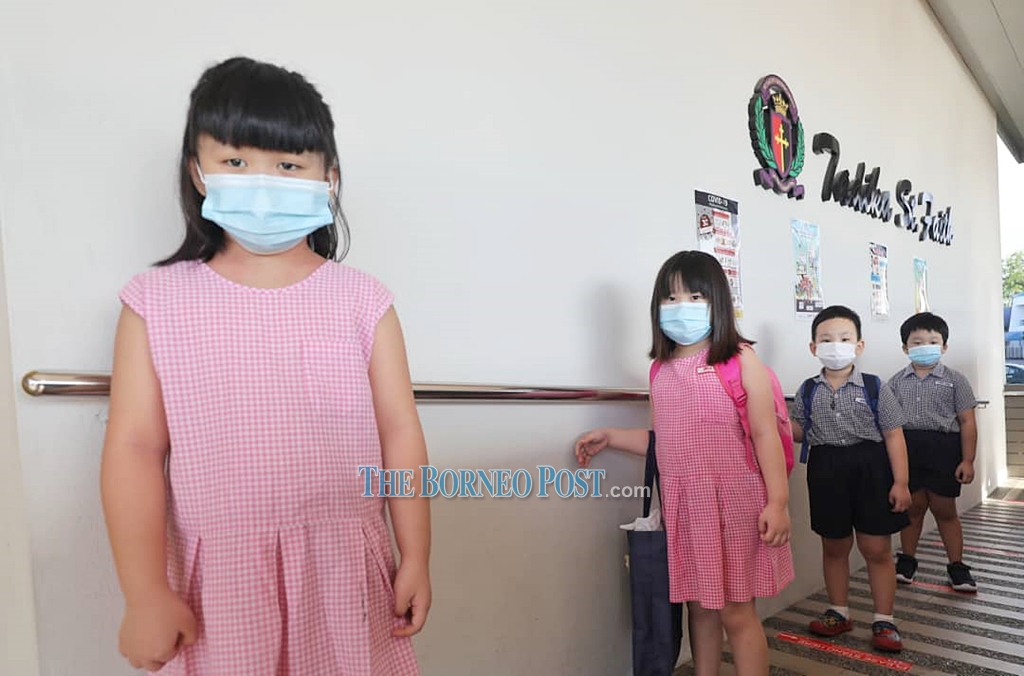 The Health Declaration Form is given by the Ministry of Education (MOE) to all kindergartens to certify that their child is fit to go to school.

“Precautionary measures have been placed to adhere to the SOP such as temperature screenings, hands sanitising and submission of Health Declaration Forms. For the checking of hands and mouth, we have been doing that all along for all children.

“When children enter their classes, we ask them to put on face shields, compliments from the school,” she said. 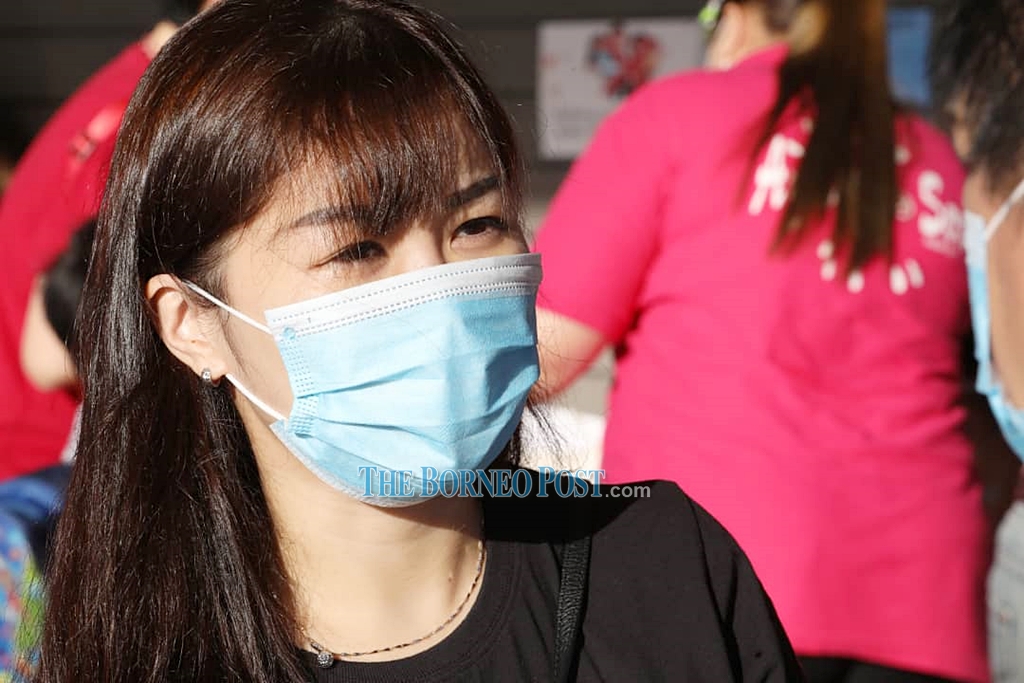 Banker Krystal Kho, 32, said that although she was still worried about the Covid-19 situation, she said she trusted that the kindergarten would take care of her son, Feyman Quek.

“Of course I am worried but I trust the kindergarten to monitor my son,” she said. 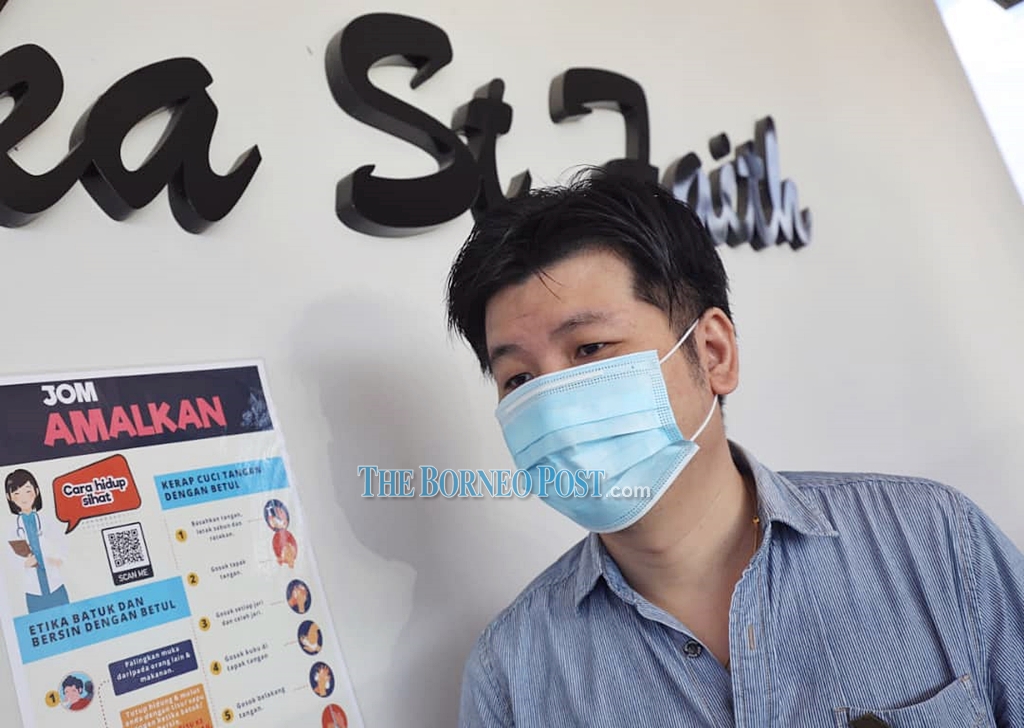 Jap Boon Chan, 38, said that he and his wife have prepared their son, Yap Jun, by giving him extra masks and hand sanitisers along with packed food.

“I am not that worried because I believe in this kindergarten who has been teaching and handling my son well,” the drafter said.

Bia Bakir, a 69-year-old grandmother said she was there this morning to accompany her grandson, Elijah Immanuel to the kindergarten as his father has been unwell after suffering from a stroke.

Bia, who was also accompanied by Elijah’s elder brother, Form Six student Azron Arnold, both expressed confidence in the kindergarten.

“We are not that worried because we trust the kindergarten, and my grandson is excited to come back to school,” said Bia. 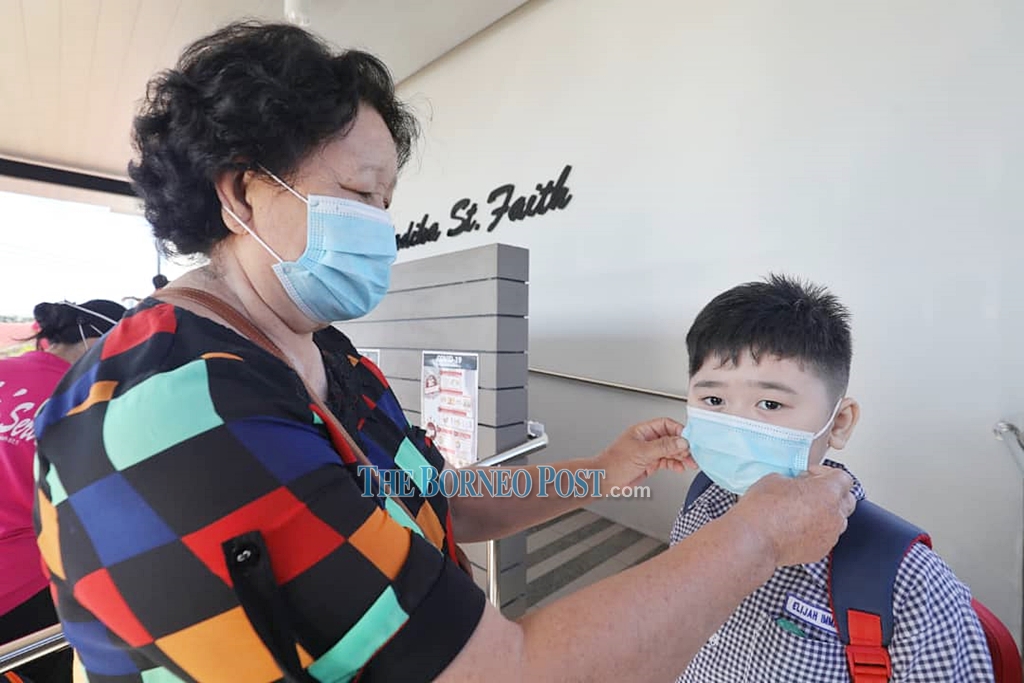 Bia (left) helps her grandson, Elijah with his face mask.

Meanwhile, Kemas pre-school in Kampung Lintang only recorded two students in attendance out of 40 plus students for morning and afternoon sessions.

Schoolteachers Sharifah Norsiah Wan Abang and Dayang Siti Nurbaya Abang Saruji said there was only one student each for the morning and afternoon sessions, respectively.

Both teachers said that even though the pre-school just opened today, most parents were still unwilling to send their children to school because of the uncertain situation surrounding the pandemic.

“That is why we have only two students coming in today, as most parents are still not willing to send their children to school. 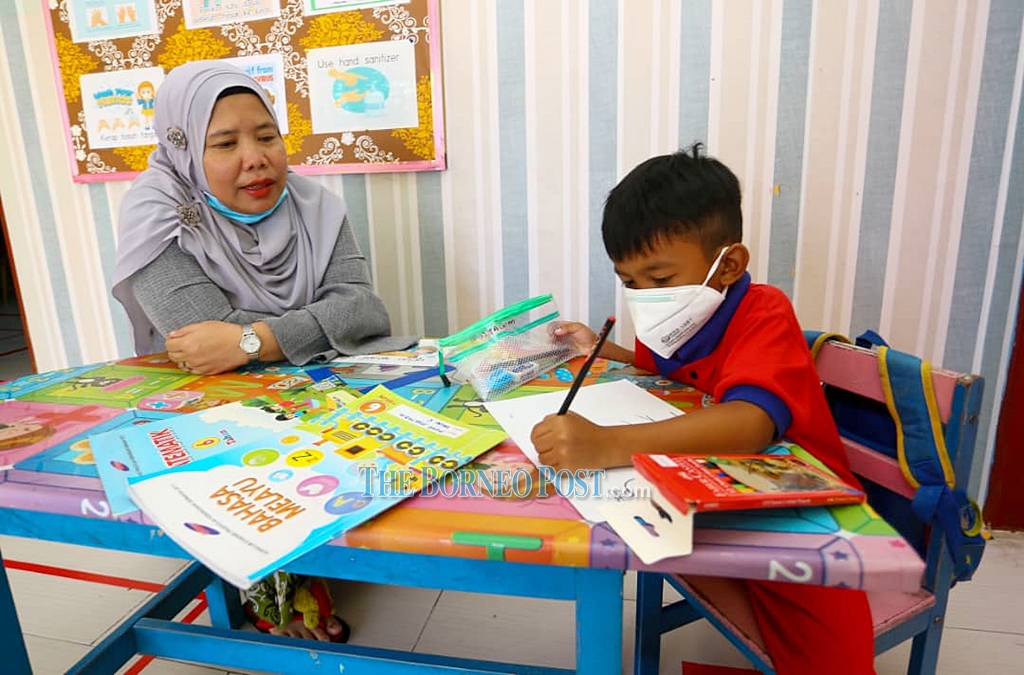 “We cannot force parents to send their children so at the moment all studying materials are sent via WhatsApp to students who are unable to attend,” said both teachers.

He said the Education Ministry had tabled the SOP for this at the special Cabinet meeting recently on the opening of kindergartens during the ongoing Recovery Movement Control Order. A kindergarten student gets a helping hand with his face shield.