Friday, September 18
You are at:Home»News»Yong: SEDC’s explanation on unavailability of hydrogen bus services proves its ‘unreliability’ 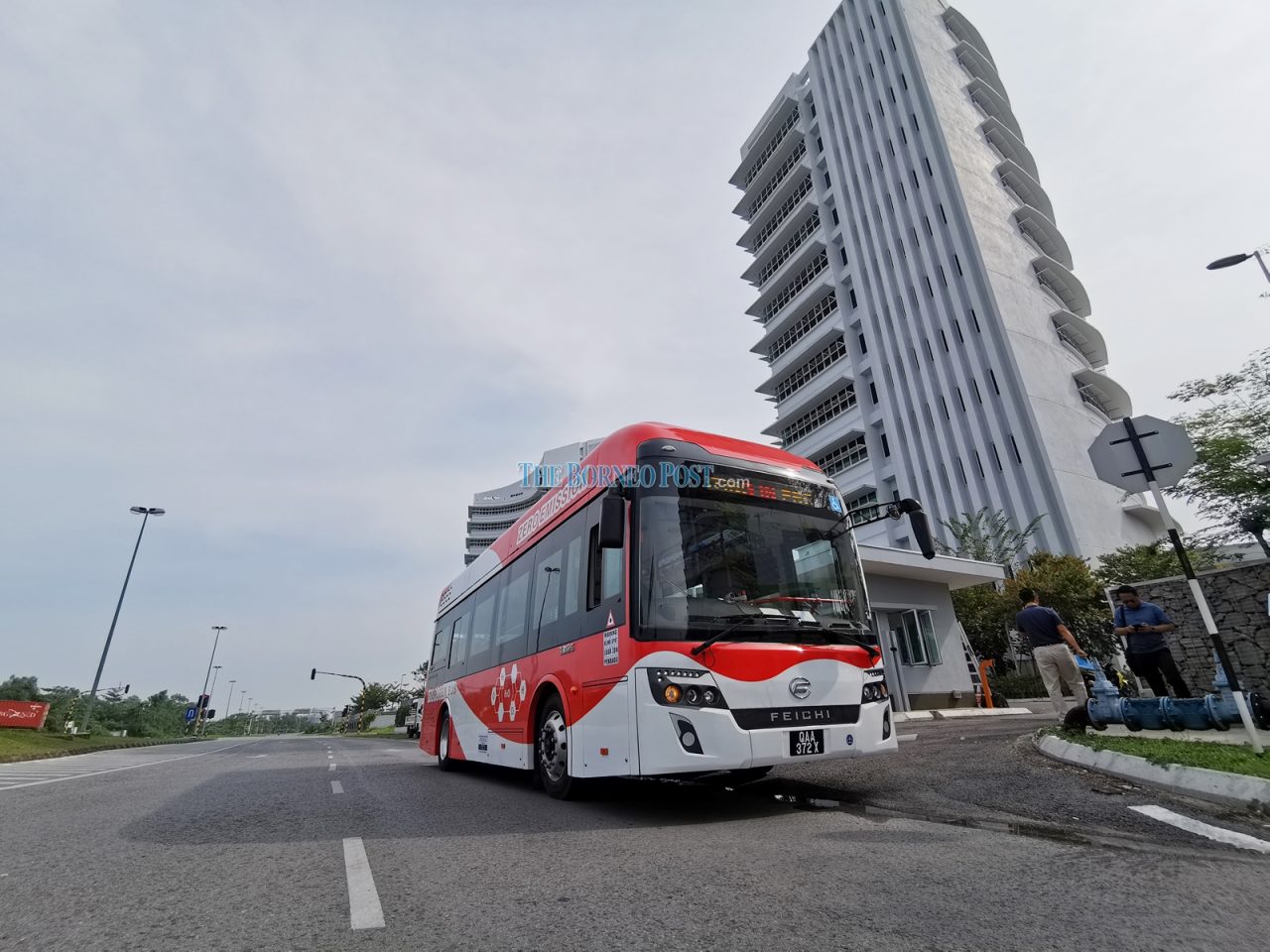 Yong has criticised the cities hydrogen bus service, calling it unreliable and has yet to be proven to be worth its cost. File Photo

KUCHING: Pending assemblywoman Violet Yong is seeking answers from the GPS government on what she claims is the “unreliability and instability” of the city’s hydrogen-fuel bus service.

“The answer given by Sarawak Economic Development Corporation (SEDC) chairman Tan Sri Datuk Amar Abdul Aziz Husain two days ago admitting that the hydrogen-fuel buses have been grounded to undergo maintenance work has in fact spoken volumes on how hydrogen technology is still not viable, unstable and immature.

“SEDC also admitted that Sarawak does not have any local experts who specialise in hydrogen technology but has to rely solely on foreign technicians to carry out the necessary hydrogen related maintenance issues. For our case here, SEDC has to ‘beg’ the technicians to fly all the way from China to fix the problem,” she said in a statement today.

Yong opined that was sad to see the state government willing to spend millions of ringgit to embark on the hydrogen-fuel bus project, the construction of fuelling stations and production plants which many countries refuse to invest and adopt.

She said that it is a system that has yet to be proven successful.

“Suffice to say, despite millions of ringgit spent, the ordinary people do not get to enjoy any benefits from it and that the core issue, which is the public transport system in major cities throughout Sarawak remains unsolved.

“The hydrogen-fuel bus started its trial run sometime in August 2019 but subsequently in less than two months, the service was suspended due to the temporary halt at the hydrogen production plant and refuelling station. In January this year, the hydrogen bus went on the road again but shortly after that the service stopped due to technical issues,” she noted.

Yong questioned as to how the long-overdue public transport system problem in Sarawak would be solved with the hydrogen bus’ high frequency in encountering various technical issues.

“Is the GPS government only interested in getting the feel of being prestigious and not wanting to solve the public transport system in the state via practical solutions?” she asked.

She also reminded the GPS government not “to wear a hat that is much too big for one’s head”, and urged that it was high time to just go back to the basics, such as getting the Bus Rapid Transit (BRT) system in place and improving on the normal bus service routes.

On Monday, DAP Sarawak chairman Chong Chieng Jen highlighted what was seen as the non-activity of the hydrogen bus service by waiting for the bus that did not arrive as scheduled. Following news reports on the issue, SEDC released their explanation the same day.

In the SEDC statement, Abdul Aziz said that the city’s hydrogen bus service will only resume after all the hydrogen fuel buses have undergone the full scheduled maintenance works.

“Presently, the hydrogen buses are still grounded until technicians from the bus manufacturer, Foshan Feichi Automobile Manufacture Co. Ltd (Feichi) in China, are able to perform the necessary scheduled maintenance works and at the same time they (buses) are still under warranty,” he had said.