Sunday, September 27
You are at:Home»News»Sabah»80pct preschool attendance in Sabah on first day 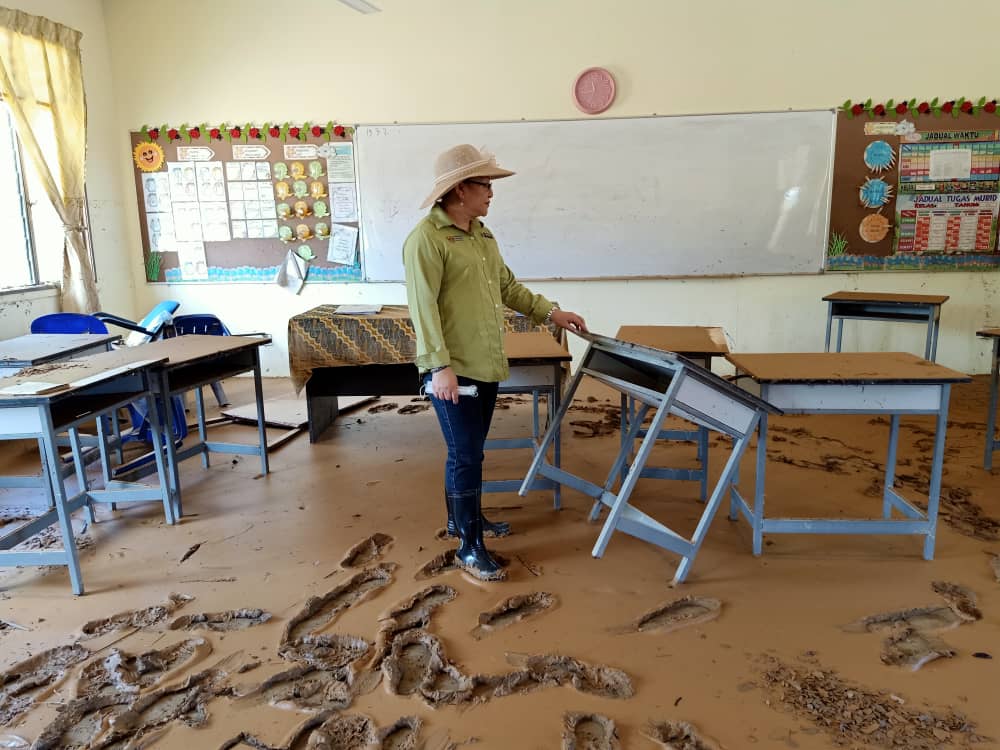 Misterine inspecting the muddy classrooms in boots at flood-hit SK Daingin in Papar, where floodwater was said to be about eight feet outside the classrooms and five feet within the classrooms.

PAPAR: The attendance at preschools in Sabah during its first day yesterday was 80 percent.

Sabah Education Department director Dr Misterine Radin said she was unsure why the other 20 percent of pupils had not turned up but reckoned that it might be because parents were still wary of the situation.

She added that from her observation, the children were very well behaved and knew how to social distance.

“We thought that they would be hugging their friends and so on, but they have surprised us by how well they are adhering to the standard operating procedure,” she said.

“They are very well behaved and discipline,” she said when met at the SK Buang Sayang preschool in Papar.

The director also visited two other preschools in the district, namely the preschool in St Mary Limbahau and at SJKC Cheng Ming to see their readiness in starting the school session for the preschoolers following the Covid-19 pandemic.

Prior to the visit, Misterine informed members of the media that they were not allowed to enter the classrooms and that only pupils, their teachers and assistant were allowed inside.

“Even parents are disallowed from entering,” she said.

After visiting the preschools in Papar, Misterine also visited SK Daingin which was badly affected by the recent flood.

“Huge amount of mud has entered all the classrooms,” she said.

The process to clean the school and classrooms were hampered due to disruption in the water supply.

While the building remained intact, everything inside such as teaching equipment, books, chairs and tables have been washed away by the flood.

Misterine thanked members of the military as well as non-government organisations who have come to help in cleaning the schools.