Saturday, February 27
You are at:Home»Health & Environment»British and German remdesivir stocks ‘sufficient’ as US buys up supply 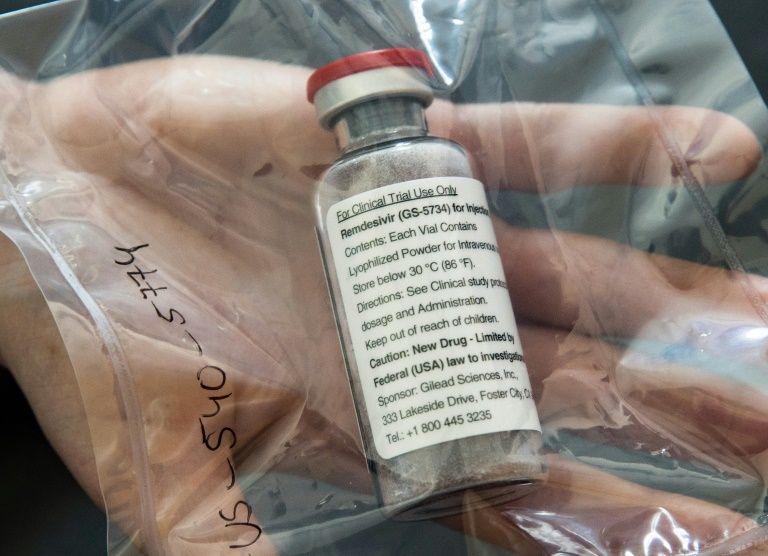 Remdesivir is an experimental medication produced by the US laboratory Gilead Sciences. AFP Photo

WASHINGTON: Britain and Germany said Wednesday they had sufficient stocks of remdesivir, the first drug to be shown to be relatively effective in treating COVID-19, and of which the United States has bought almost all supply.

The US government announced this week that it had bought 92 percent of all remdesivir production by the Gilead laboratory until the end of September — about 500,000 treatments out of nearly 550,000. Each treatment requires 6.25 vials on average.

President Donald Trump “has struck an amazing deal to ensure Americans have access to the first authorized therapeutic for COVID-19,” said Secretary of Health and Human Services Alex Azar.

The drug was approved in the United States on May 1 after clinical trials showing it reduced the recovery time for seriously ill Covid-19 patients by four days, and Europe is set approve it soon.

Washington’s buy-up raised concerns about a shortage in the rest of the world, but at least two European countries said Thursday that they were not worried.

“The UK has been using remdesivir for some time, first in trials and now in the early access to medicines scheme. The UK currently has a sufficient stock,” the British Prime Minister’s spokesman said.

In Germany, a health ministry spokesman said “the government secured stocks of remdesivir early on for the treatment of corona patients. At the moment, there are sufficient reserves.”

The Gilead laboratory has indicated that it granted free licenses to nine manufacturers of generic drugs in India, Pakistan and Egypt, which will have the right to distribute their versions of remdesivir in 127 countries, mainly in Africa, Asia, the Middle East and Central America.

Gilead boss Daniel O’Day said in May that remdesivir made in the US could also be exported.

Experts say that worldwide production should increase to meet demand.

“If you are worried that you or a loved one will need this drug and it won’t be available if you are not in the US, I don’t think that will be the case (and I certainly hope not),” Farasat Bokhari, associate professor in economics at the University of East Anglia, said.

“Manufacturers in other countries are going to ramp up production. The only issue is how fast they can do it.” – AFP