Saturday, May 15
You are at:Home»News»Italy seizes IS-made drugs worth one billion euros 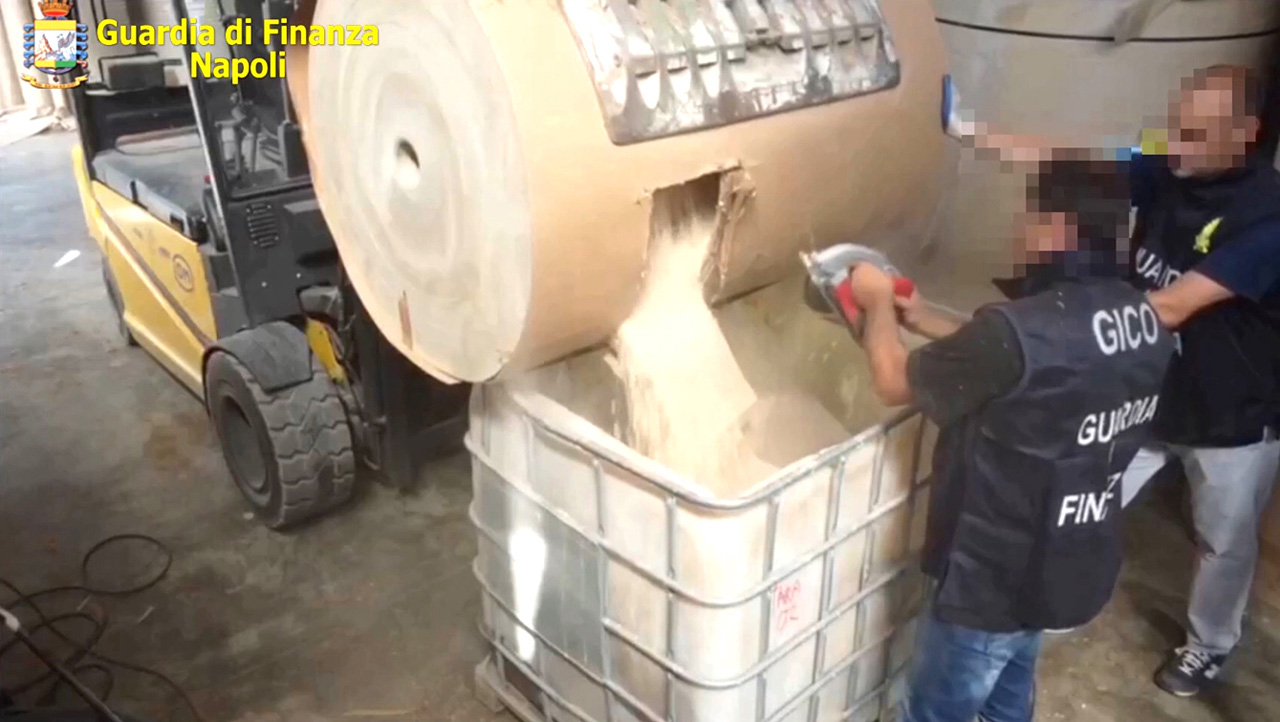 A record seizure of 14 tonnes of amphetamines found hidden in three containers in the port of Salerno, south of Naples. — AFP photo

ROME: Italian police said yesterday they had seized a 14-tonne haul of amphetamines made by the Islamic State group in Syria, calling it the biggest seizure of such drugs in the world.

The drug, in the form of around 84 million Captagon tablets hidden inside industrial goods within containers, was worth about one billion euros (US$1.12 billion), and intended to be sold on the European market ‘to finance terrorism’, the finance police of Naples said in a statement.

“We know that the Islamic State finances its terrorist activities mainly by trafficking drugs made in Syria which in the past few years has become the world’s largest producer of amphetamines,” the statement said.

Police said three suspect containers had arrived at the port of Salerno, just south of Naples, containing large cylindrical paper rolls for industrial use as well as industrial machinery.

Cutting open the paper rolls and metal gearwheels with chainsaws, police found them filled with tablets. Video images taken by police showed pills spilling out of the rolls and wheels as they were forced opened.

“This is the largest seizure of amphetamines in the world,” police said.

Captagon, a brand name, was originally for medical use but illegal versions have been dubbed ‘the Jihad Drug’ — after being widely used by IS fighters in combat — the police said.

Citing the US Drug Enforcement Administration (DEA), Naples police said IS ‘makes extensive use of it in all territories over which it exerts influence and where it controls the drug trade’.

Once the plants are established, “it is easy for IS to produce large quantities also for the world market for synthetic drugs, in order to quickly accumulate substantial funding,” the statement said.

The amount of drugs seized were sufficient to satisfy the entire European market, police said, without providing a time frame.

A ‘consortium’ of criminal groups were likely involved for the distribution of the drugs, including possibly many clans within the infamous Camorra of Naples, police said.

“The hypothesis is that during the lockdown… production and distribution of synthetic drugs in Europe has practically stopped,” the statement said.

“Many smugglers, even in consortiums, have turned to Syria where production, however, does not seem to have slowed down.” — AFP