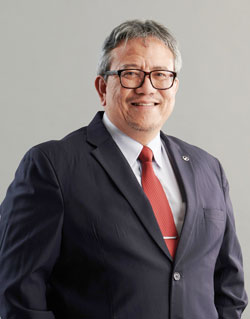 KUALA LUMPUR: Perusahaan Otomobil Kedua Sdn Bhd (Perodua) wrapped up June with an estimated 21,250 cars sold, the highest monthly sales figure this year and nearly triple that of the previous month, following the sales tax exemption announced by the government on June 5 to boost car sales amidst the ongoing Covid-19 pandemic.

The carmaker’s year-to-date sales total now stands at about 74,000 units.

President and chief executive officer Datuk Zainal Abidin Ahmad said the sales tax exemption offered many benefits, and in Perodua’s case, buyers can enjoy reduced vehicle prices of between three and six per cent until end-2020.

“The sizeable volume increase we’ve had as a result of that allows us to help the supplier and dealer ecosystem in this time of need. We purchased nearly RM500 million worth of local components in June alone,” he said in a statement today.

He said Perodua’s operations is now at full capacity and maximum overtime.

“We are working very hard to ensure our customers receive their cars as quickly as possible with no compromise on safety and quality,” he said.

“Customers looking to service their vehicles are invited to secure an appointment with their service centre of choice,” he said.

He said Perodua was immensely grateful to be able to bounce back with such energy in just under two months since it restarted operations nationwide.

“Our outlook is positive and we hope this momentum will continue and help the industry grow.”

He said Perodua also reiterated its commitment to the government, as Malaysia’s biggest carmaker by volume, to help the industry and ecosystem wherever it can, including sustaining employment, so that the industry would get through this difficult time.

Perodua sold 8,601 cars in March before the Movement Control Order (MCO) came into effect on the 18th day of the month, halting the carmaker’s nationwide operations for two months.

The carmaker officially restarted nationwide on May 19, and managed to sell 7,886 cars by month-end. — Bernama