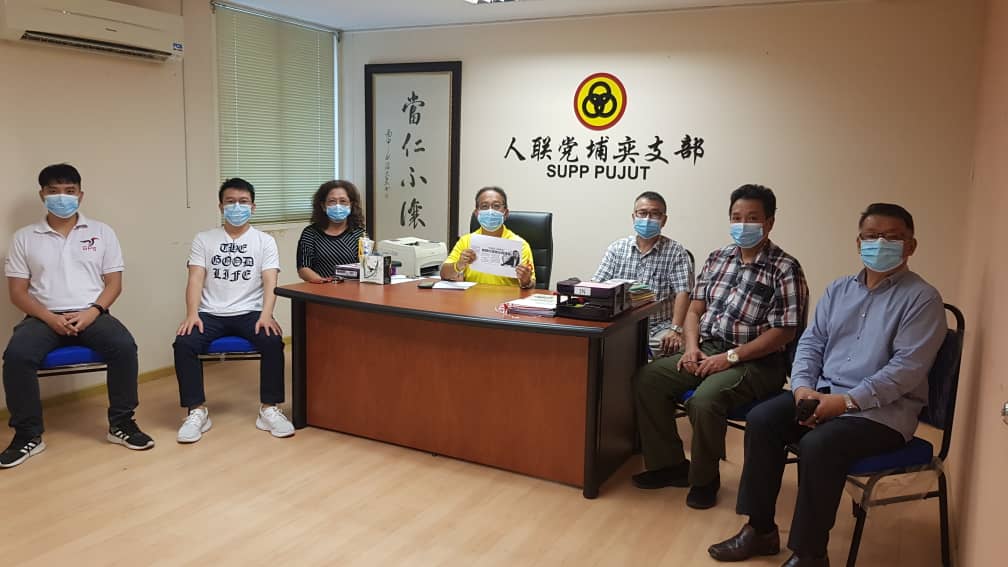 Committee members of SUPP Pujut branch and Krokop sub branch making their stand on candidacy for Pujut in the state polls.

MIRI: The Sarawak United Peoples’ Party (SUPP) Pujut branch has insisted that only a member of the branch can contest in Pujut in the state polls, after former mayor Lawrence Lai expressed willingness to vie for the seat.

In a joint statement today, the branch and its Krokop sub branch committees said the candidate must have their support and consent in order to contest, adding that Lai, who is a Piasau branch member, did not understand the needs of Pujut voters.

“Before this, Lai had no experience in serving our voters, he has no idea what their needs are,” they said, adding that the party also did not allow any member to use the media to announce their interest to contest for a seat.

Asserting that they would not allow other branches to directly nominate their members as the seat’s candidate, they said they strongly supported SUPP Pujut chairman Adam Yii to be given the opportunity to contest in the polls.

“Yii has been leading the SUPP team to understand the voters’ needs, and to solve the problems faced by the voters for a long time.

They said that although Pujut was now vacant after DAP’s Dr Ting Tiong Choon was disqualified as a member of the State Legislative Assembly, they continued to work for the people.

In addition, they said Yii is the Miri City Council mayor and he had been using his property to for the SUPP Krokop sub branch service centre and election operation room in order to effectively serve Krokop constituents.

At a press conference here yesterday, Lai, in refuting claims that he had quit SUPP, said he was willing to contest in Pujut if he was offered the Gabungan Parti Sarawak (GPS) ticket.

“Only Pujut is vacant now, and I would be honoured if I were to be given a chance to stand there,” said Lai, when asked about the possibility of contesting in the polls due next July.