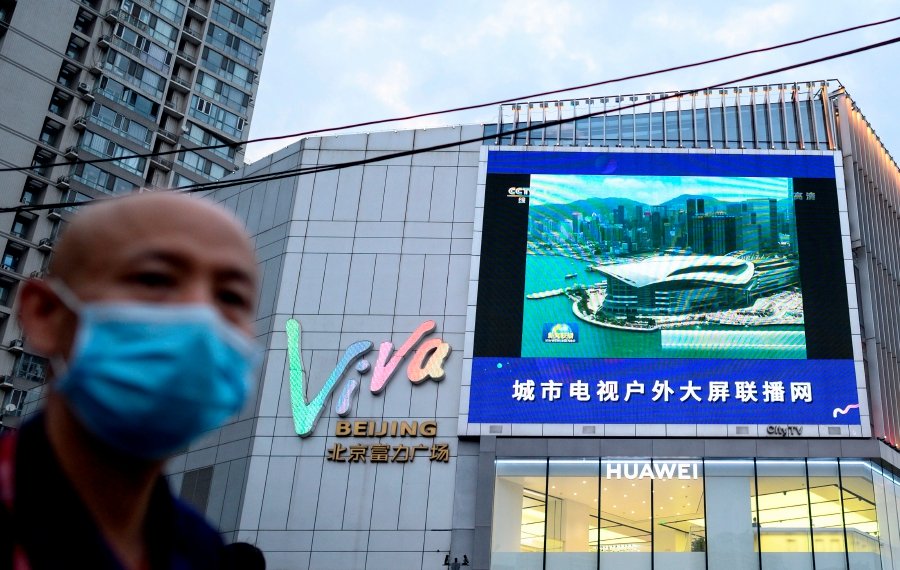 Hong Kong marked the 23rd anniversary of its handover to China on July 1 under the glare of a new national security law imposed by Beijing, with protests banned and the city’s cherished freedoms looking increasingly fragile. AFP Photo

The legislation has been widely denounced in the West since it was imposed on the former British colony on Tuesday.

“And we think that is the scientific basis for our international relations and the enactment, and deposition of this national security law constitutes a clear and serious breach of the Sino-British Joint Declaration.”

Johnson said London had warned Beijing that it would introduce a new route for those with British National Overseas status to enter the UK, granting them the right to live and work in Britain and then to apply for citizenship.

“And that is precisely what we will do now,” Johnson said.

Britain’s new offer applies to an estimated three million Hong Kongers but Foreign Secretary Dominic Raab refused to be drawn about how many would take up the offer.

Hong Kong was under UK jurisdiction until Britain handed it to China in 1997 with a guarantee that Beijing would preserve the city’s judicial and legislative autonomy for 50 years.

But critics say the new security law, passed by Beijing’s rubber-stamp parliament this week, tests the limits of a “One Country, Two Systems” deal that formally signed into

Raab said Hong Kongers with BNO status and their dependents would be offered the right to work or study in Britain for five years.

They would then have the right to apply for settled status and then possible citizenship.

He said there would be “no quotas” for the settled and citizenship route, in what he called a “bespoke” immigration system for Hong Kong.

“We will not duck our historic responsiblity to it people,” Raab said, calling the national security law’s passing a “grave and deeply disturbing step”.

He said China had not only broken the joint declaration but its own basic laws on Hong Kong, and international obligations to respect autonomy and rights in the territory.

“China through this national security legislation is not living up to its promises to the people of Hong Kong. We will live up to our promises to them,” he told lawmakers. – AFP