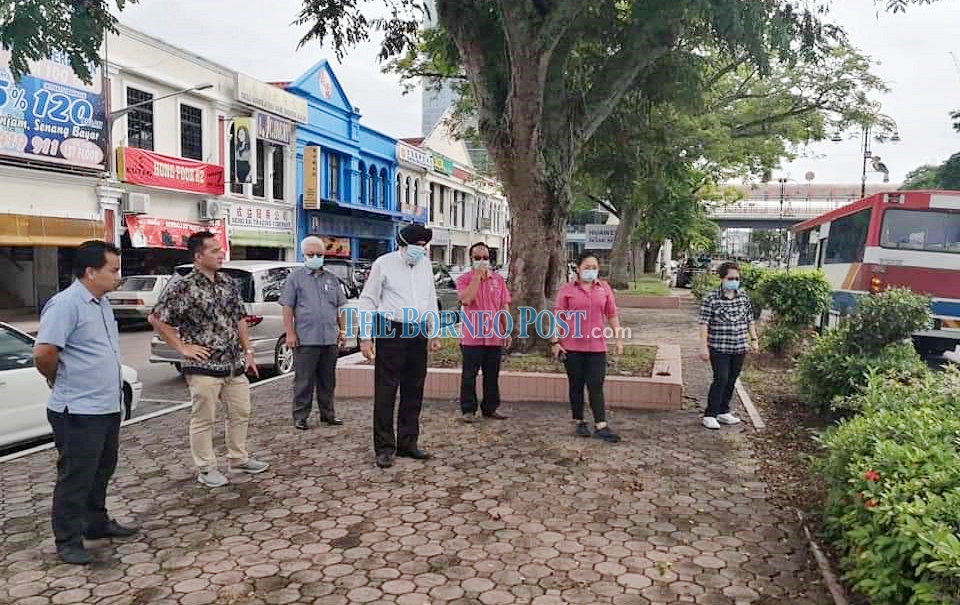 Karambir (fourth left) inspects the roads around Miri city with his committee members.

MIRI: Road safety awareness and stringent enforcement of the law are important in the effort to reduce road accidents and fatalities caused by human error, says Councillor Karambir Singh.

The Road Safety Sub-committee chairman told The Borneo Post that its committee has been going to the ground, checking and identifying the need to improve roads in and around Miri, and found that the roads around most parts of the city are in “reasonable condition”.

“With scheduled maintenance and housekeeping, which is a necessary part of the road safety system, we realised that the factors contributing to road accidents are borne from the lack of awareness and negligence.

“Safety mind-set should be practice by every road user. It is a critical component of road safety because it helps minimise road accidents.

“Others may not believe it, but awareness does have an impact. Those who are a repeat offender, stronger measures such as suspension of driving licence should be imposed,” said Karambir.

For drink and drive offenders, cancellation of driving licence and prison terms should be used more often, he suggested.

“Instead of harming lives with such irresponsible action, they should opt for the service of taxis or e-hailing.”

Members of the sub-committee under Miri City Council (MCC) which was set up by Mayor Adam Yii Siew Sang in 2016, has been making rounds around Miri last month, taking down notes on issues concerning the unnecessary road hazards that may affect the public.

“From our observation, there are obviously more improvements that could be made, which of course, is subject to the availability of funds. Potholes are another frequently occurring situation that may cause hazards, and the city council’s quick action to fix these are very important,” he said.