Friday, May 7
You are at:Home»News»Sabah»Big demand for Sabah-made cooking oil – CM 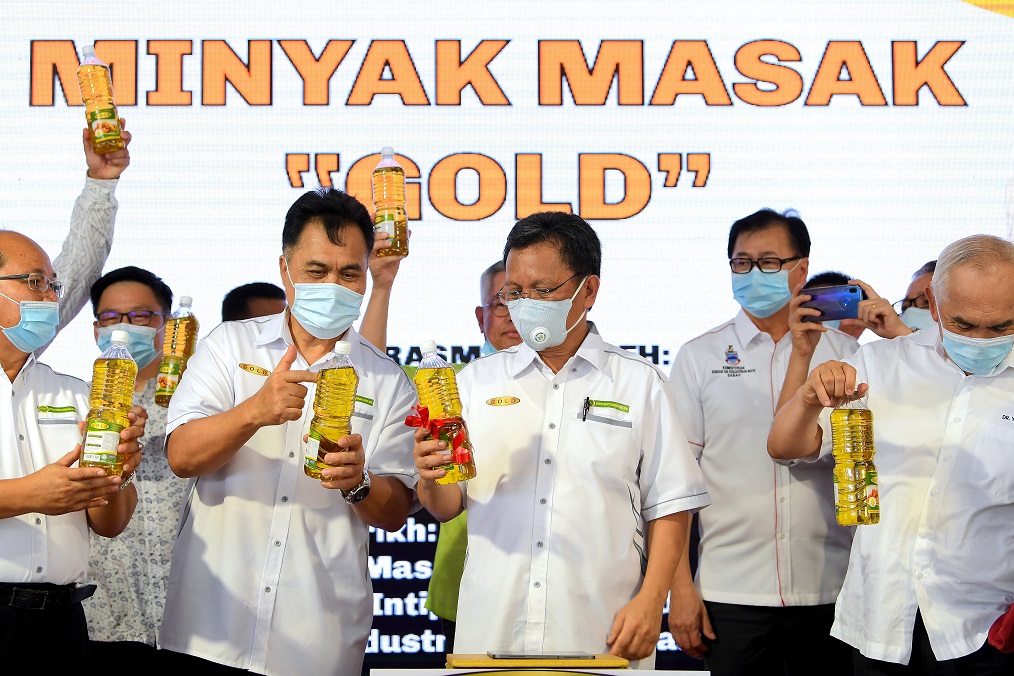 SANDAKAN: There is a big demand for the palm oil-based cooking oil produced by Sabah as it is now being exported to other countries including the Middle-East countries, Arab, Africa, Korea and the Philippines.

“We are proud that today, the product that is produced with locally produced raw material (that is) processed and packaged in our own factory (in Sandakan) has been exported not only to the neighbouring country the Philippines, but also to Africa, Arab, the Middle East (countries) and Korea. At this moment, they have found that the product has high quality.

“The Philippines alone needs about one million (tonne a month) of cooking oil, while this factory could produce 3,000 to 4,000 tonnes a month. This is not sufficient to meet the demand. Hence, there is a need for this factory to increase its production; this means there is a capacity, space, for us to increase the capability of the factory to meet the market’s demand,”

He said that GOLD is the second Government-linked Company (GLC) to launch a cooking oil factory in Sabah.

“The first one is Bentawasan in Tawau that was launched in February this year (BESS brand cooking oil).

The second one is Sawit Kinabalu with GOLD. Today, and the third one, SLDB in Keninangau – will be launched soon.

“We want to make sure that we (Sabah) are able to produce high quality cooking oil, on par, if not, far better than those in the market. (Palm-oil-based) cooking oil has great colour, contains high Vitamin E, protein and others. This has made it a highly demanded product. As we all know, cooking oil is also one of the essential products that we use daily. It will not go wrong if we embark (on) food security related (product),” he said.

Shafie also said that “we must make full use of Sabah’s palm oil commodity and have downstream factories”.

“We have to see, not only it (palm oil) contributes the most revenue to the country, and more than RM900 million of income for Sabah, but we also have to ensure that it lasts. We have to make full use of it. We use it not only to produce CPO (Crude Palm Oil), but we must have other varieties of side products that have demand.

“We need to do Research and Development to enable us to diversify the usage (of palm oil). We could produce, not only cooking oil, but also soap, candles, medicine, so that we would be able to supply to the demand and villagers (farmers) could have continuous income.

“If we diversify the downstream products of palm oil, we could supply more demand,” he stressed.

Meanwhile, Shafie said that the opening of  GOLD cooking oil factory here had created job opportunities for youths in Sandakan.

“The opening of downstream factories not only creates job opportunities in the factory, but more opportunities would be provided through the factory’s packaging, transportation, sales, marketing and more,” he said.

“We want to go for the export market, and we are starting by focusing on the closest country – Philippines,” he said.