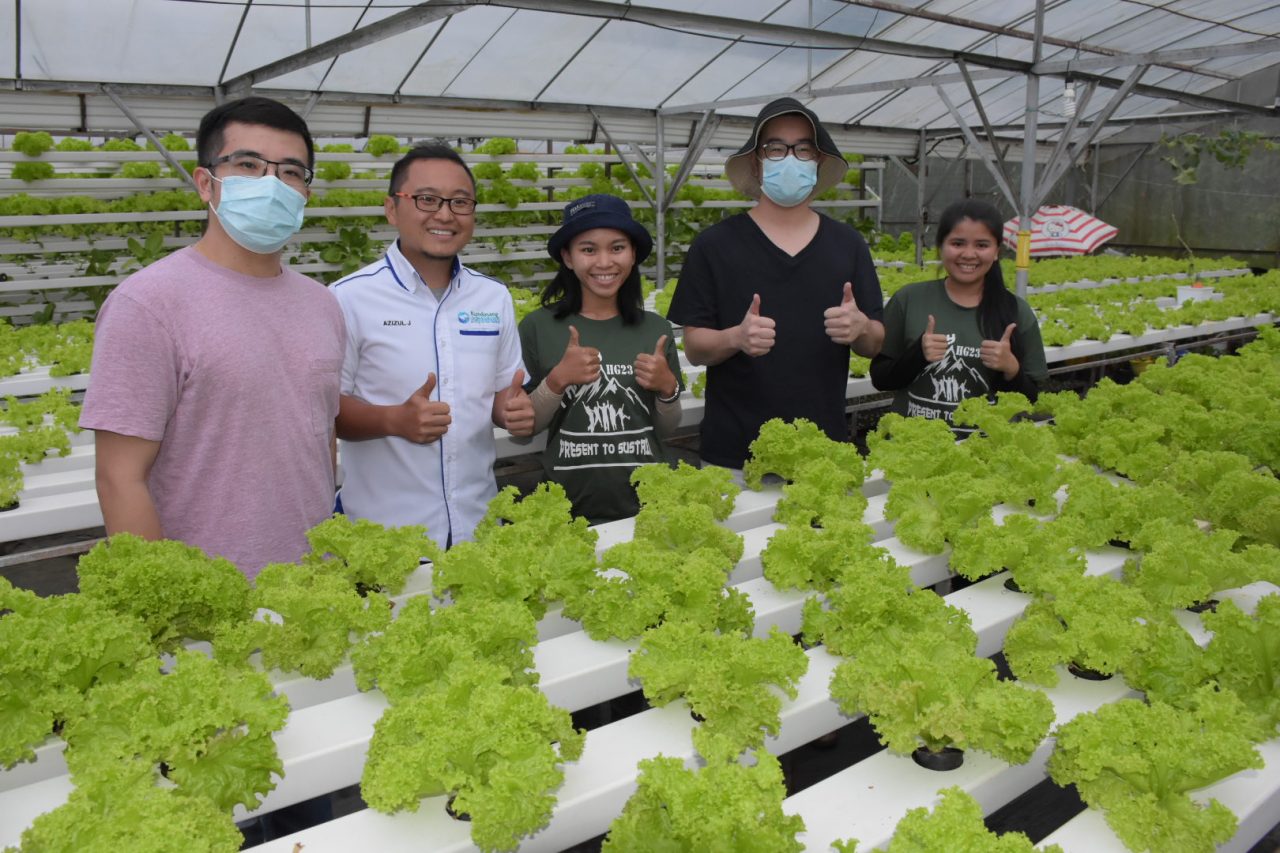 KUNDASANG: The Kundasang and Ranau are set to undergo an agricultural revolution, said Datuk Junz Wong, the Minister of Agriculture and Food Industry following a few site visits on Thursday.

“I was at the Mesilau Permanent Food Production Area (Taman Kekal Pengeluaran Makanan – TKPM) on Thursday to have a look at the progress of the fertigation pilot programme.”

“I am aware there are many TKPMs throughout the country since many years ago, but it rarely yielded any significant results.

“Participants are complaining, farmers are still poor, not many are helped and there is a lot of harm done to the environment despite a lot of money being allocated by the previous administration.”

“That is why after Warisan took over in 2018, the Sabah Government decided to revolutionise the agriculture sector by implementing modern technologies.

“We wanted to solve the problems faced by farmers and problems that are threatening the environment.

“In the Mesilau TKPM, for example, we decided to test run a fertigation pilot programme. It was an intended reform the previous administration’s had failed system so that participants can increase their income and at the same time avoid more pollution to the environment.

“Just imagine using a green house of only 2,000 square feet to harvest three to five hundred kilogrammes of tomatoes, twice a week and selling it at RM4 per kilo. That is RM16,000 a month.”

“See, it is doable with the right people and right priorities and right passion. We have proven it.”

He added that the success story would be brought to the attention of the Chief Minister soon, so that more can benefit from this successful model.

“I will bring the Chief Minister to the site for a visit soon so that much more attention can be given and perhaps we can replicate this successful model throughout Sabah for the benefit of more Sabahans.”

Junz, who was also in Kundasang for a public field trip organised by his office added, “In fact on the very same day multiple events are happening”.

“My office was also organisong a field trip to expose more Sabahans to urban sustainable farming. About 150 participants mostly from Kota Kinabalu, and some even as far as Sandakan and Keningau had a chance to visit Azizul Julirn’s Kundasang Aquaponic farm.”

Junz added that the Sabah Government’s policies are not only on paper, but a testimony of the reforms undertaken in the Agriculture Ministry.

“Apart from TKPM and Mr. Azizul’s farm, I also visited Mr Ho’s hydroponic farm. He took the initiative to replicate existing successful models and he is now making a lot of money.”

Junz concluded that the Sabah Agriculture Ministry is in the midst of revolutionising the Kundasang area.

“I think many Sabahans are aware how conventional farming has damaged the environment, especially in Kundasang. We have seen soil erosion due to forest cutting, the weather is not as cold as before and the soil is getting laced with more and more harmful chemicals.”

“The Sabah Government is aware. That is why apart from implementing plans to help farmers, we are also making sure it is sustainable. This agricultural revolution is happening,” Junz said.