Sunday, January 29
You are at:Home»News»KPDNHEP Sarawak confiscate fake hand sanitiser from residence in Kuching
For the freshest news, join The Borneo Post's Telegram Channel and The Borneo Post on Newswav. 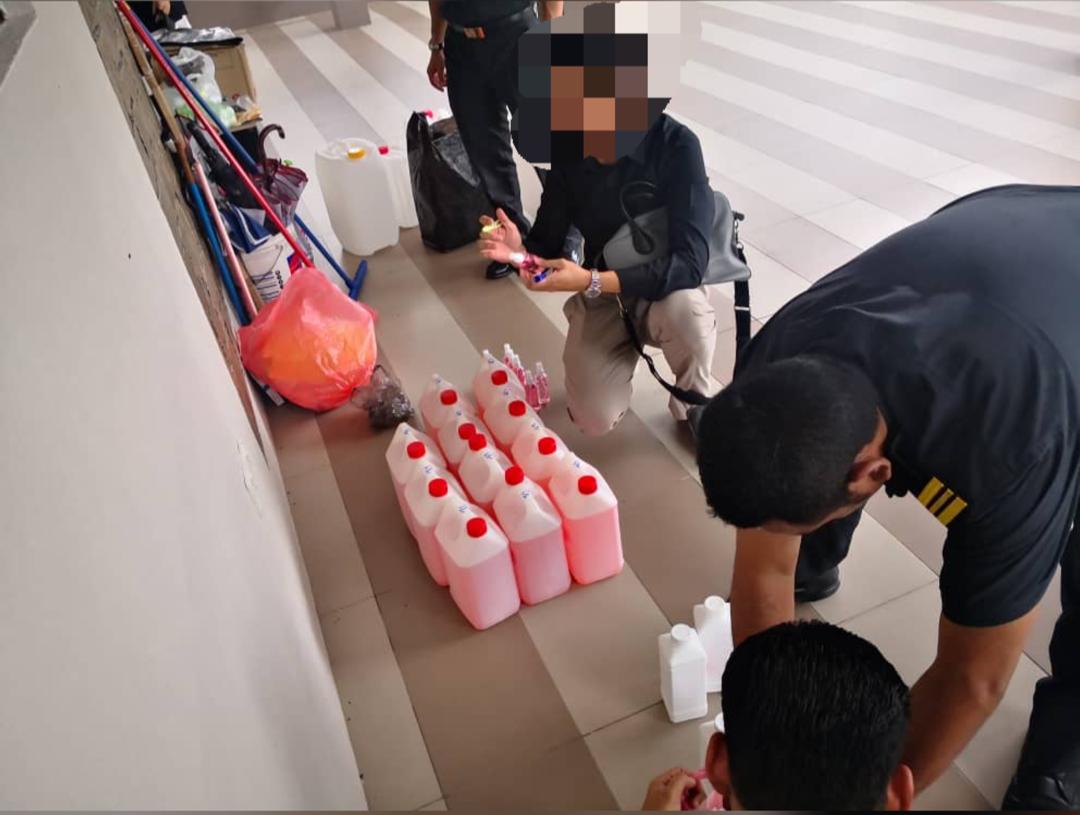 KPDNHEP enforcement team with the fake hand sanitisers confiscated in the operation.

The raid on the said store was made on July 2 following a complaint by the owner of the product’s trademark.

Together with the trademark owner, the team from the KPDNHEP raided the premise and seized the items in various volumes.

According to the statement from KPDNHEP, the total seizure was worth about RM4,140.

Initial investigation found that the suspect had carried out the hand sanitiser processing and packaging using the trade mark ‘Saraya’.

The case is being investigated under Section 102 of the Trademark Act 2019.

If it is a corporation, the offender can be fined up to not more than RM15,000 for each item that uses the fake trade mark and not more than RM30,000 for the second or subsequent offences.