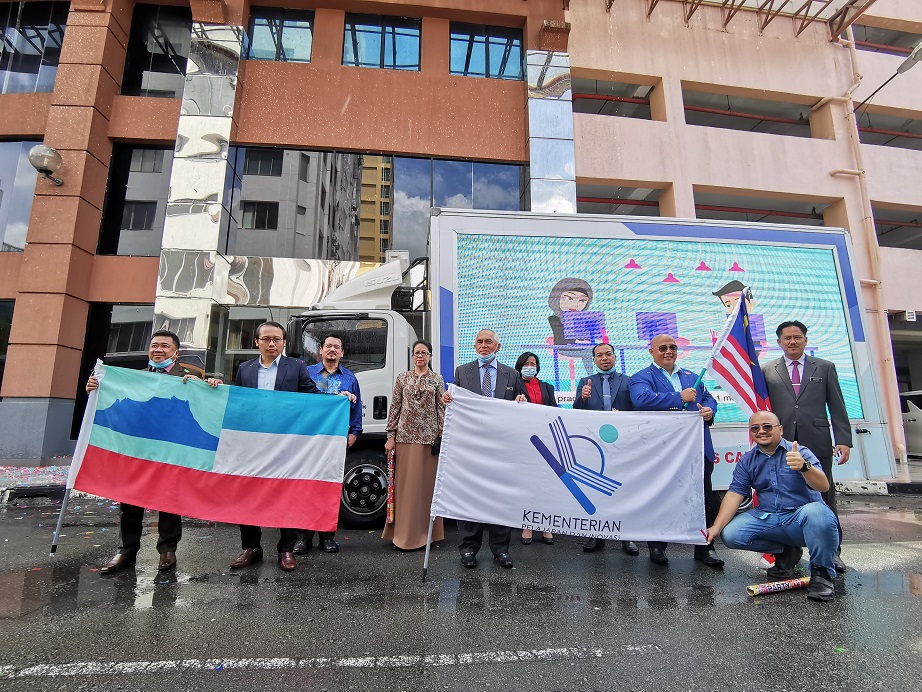 KOTA KINABALU: In its effort to promote continuous awareness of Covid-19 preventive measures and standard operating procedures (SOPs) in the new norm, the Ministry of Education and Innovation launched its Covid-19 Awareness and Prevention LED Truck.

Its minister, Datuk Dr Yusof Yacob, said the LED truck was the ministry’s way of diversifying Covid-19 awareness via a different platform, separate from smartphones and social media.

“We take this issue very seriously and are very concerned about the health and wellbeing of the public. The LED truck is our way to ensure the public is continously educated and aware that Covid-19 is still a risk,” he said at a press conference after launching the LED truck, yesterday.
Yusof stressed that even though Covid-19 cases in Sabah are down and under control, it does not mean we can be lax.

“We have to keep up with campaigns to ensure there is ongoing awareness. We don’t want the people to relax just because cases are down, because complacency may cause another wave of infection.

“Prevention is better than cure; the problem is we are aware of preventive methods, but we forget. That is why we have to have campaigns consistently and repeatedly,” he said.

For the truck, Yusof explained that an LED screen was fitted on its sides with campaign elements, including infographics on preventing the spread of the virus as well as SOPs in the new norm. The truck would also make its way through districts in the state, displaying information on the particular district.

“The LED truck will move throughout the districts in Sabah, according to a schedule. It will be situated in areas of public interest for a wider reach. The LED screens will also display information tailored to each district, to keep its people updated on latest developments,” he said.

Yusof expressed hope that the LED truck awareness campaign would garner favourable response not only from the public but from parties of interest as well, including other government departments and private companies.

He said there would only be one truck for now, but the number may increase based on response.